I always read back through my previous Sit Down With Scarlett post before writing a new one, and it is crazy how much has happened in the last three months! If you follow along on Instagram and keep up with the blog, you are probably aware of many of them. But I wanted to do a little Fall 2019 life update to share some things I have been up to recently! 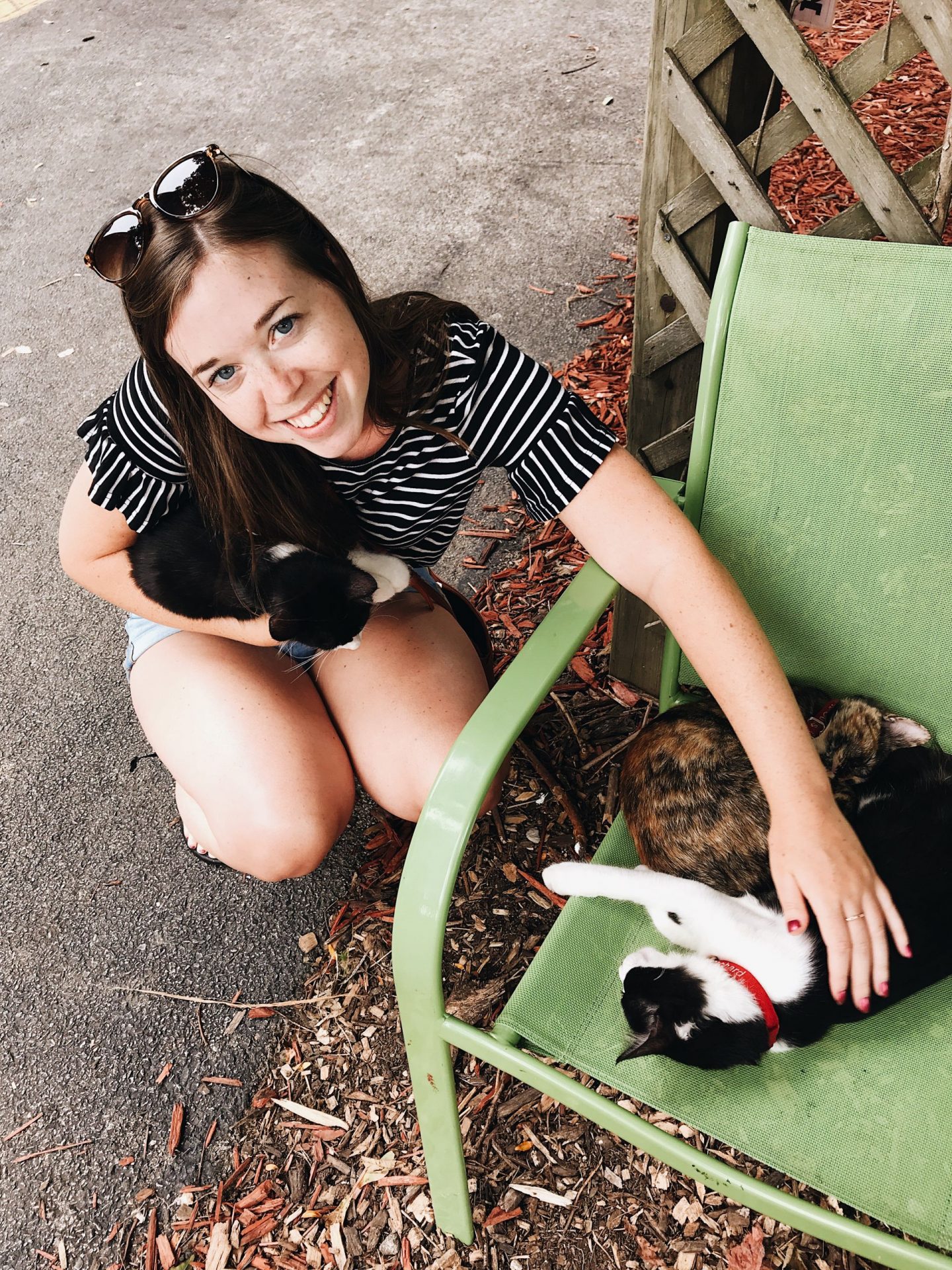 This summer I finished up my time in the on campus clinic and finished my 4 summer classes. It wasn’t nearly as bad as I thought since we only really had 1 class at a time, and luckily it still felt like summer for most of it! I also got my 3 week break at the end where I was able to go home, go to the beach in Florida, go to Chicago to visit a friend, and go to STL with 2 of my friends to visit yet another friend! I also shared about 5 of my favorite things about my Michigan summer in this post if you want to get a closer look at my summer!

I began my first internship off campus right after Labor Day, and so far I am really enjoying it! I am able to see a good variety of ages and diagnoses, and I am really loving working at an outpatient clinic. I recently found out that the place I am at will be closing/ transitioning to an adult neuro clinic at the beginning of November. So it has been a little crazy, but I think it will be a good switch since I will get a lot more adult experience too! Plus, it is almost like having two different internships in one semester, which is fun!

Classes are going as well as could be expected so far. I have 2 real classes, and then my clinical practicum class, so I am in class 3 nights a week in addition to going to my internship Monday-Thursday. However, my 2 real classes are 3 hour night classes, so I don’t get done until 9 on two of those days. Clearly it has been a lot, but we all keep saying that only working a job next year and not having to go to classes afterwards will seem like a breeze! Also I have Fridays off currently, which has been SUCH a great thing. I am able to tackle some schoolwork and run any errands on Fridays, and I even am writing this post on Friday since I have time! Most people in my cohort work 5 days a week all day every day, but I am so thankful that mine is slightly less. In the end, we only need 400 hours, so while other people in my cohort may be getting more hours this semester, in the end it won’t really matter if you have more as long as you have the required amount! As I transition to my new facility in a few months I may have more hours, so I am taking advantage of this extra time now! 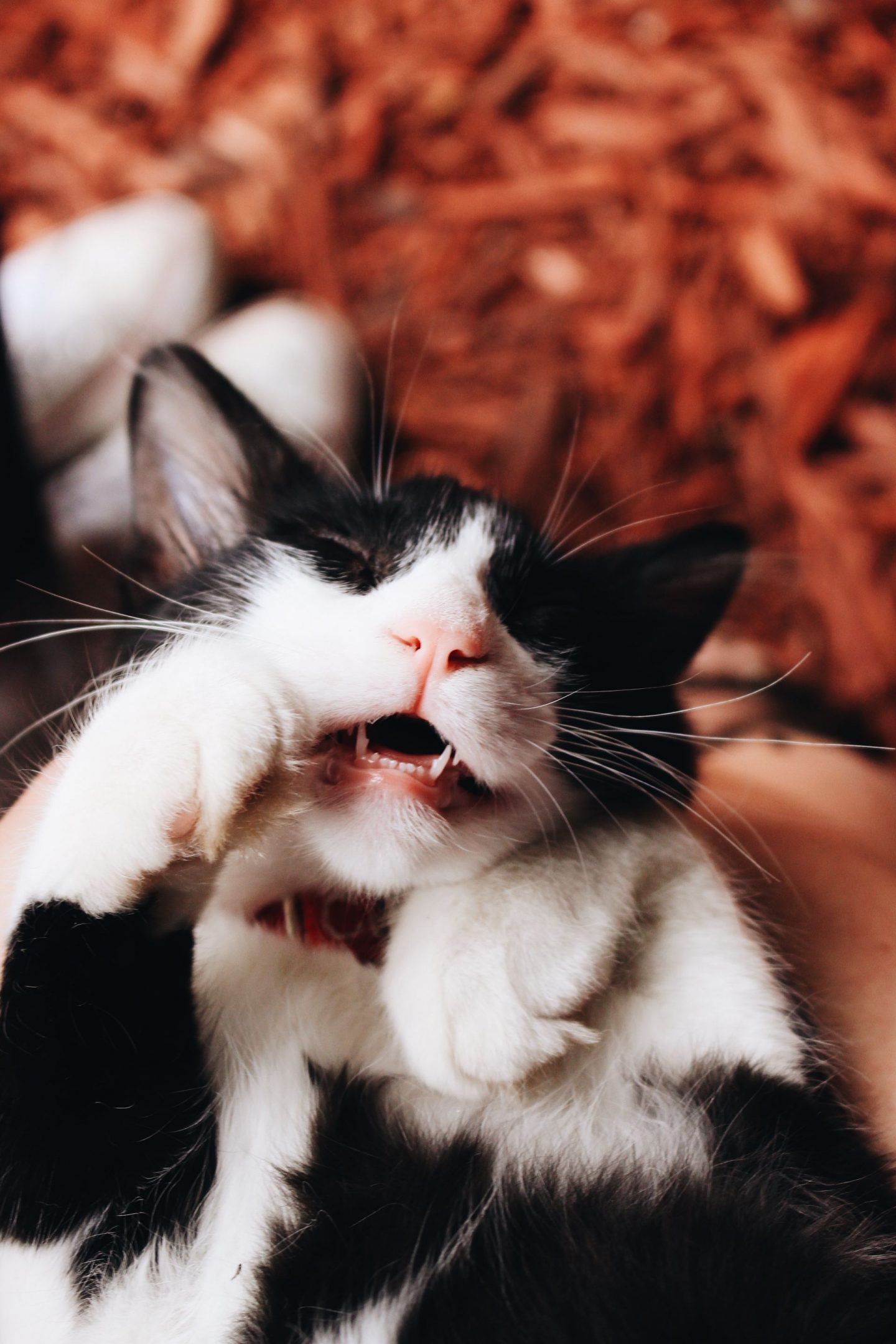 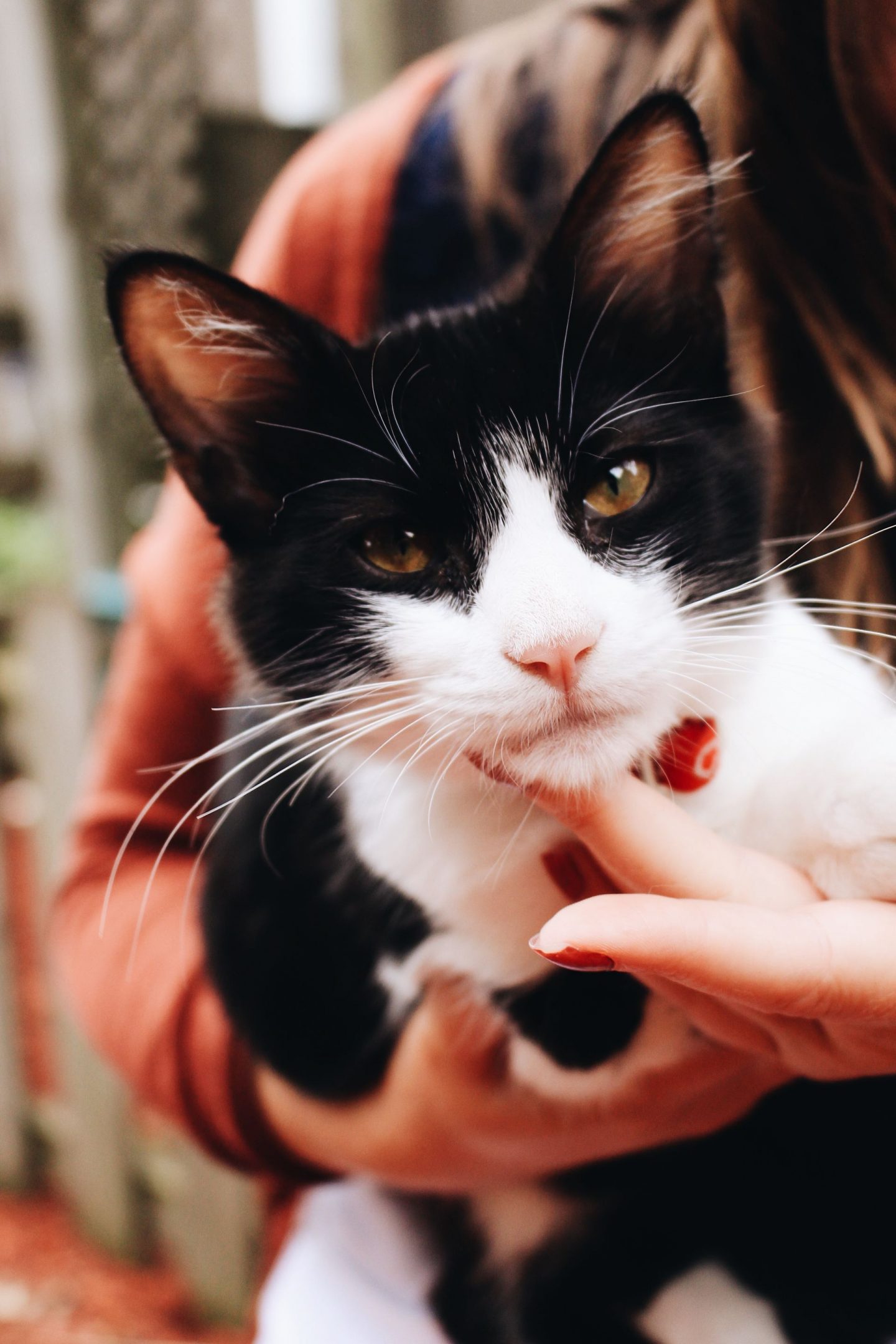 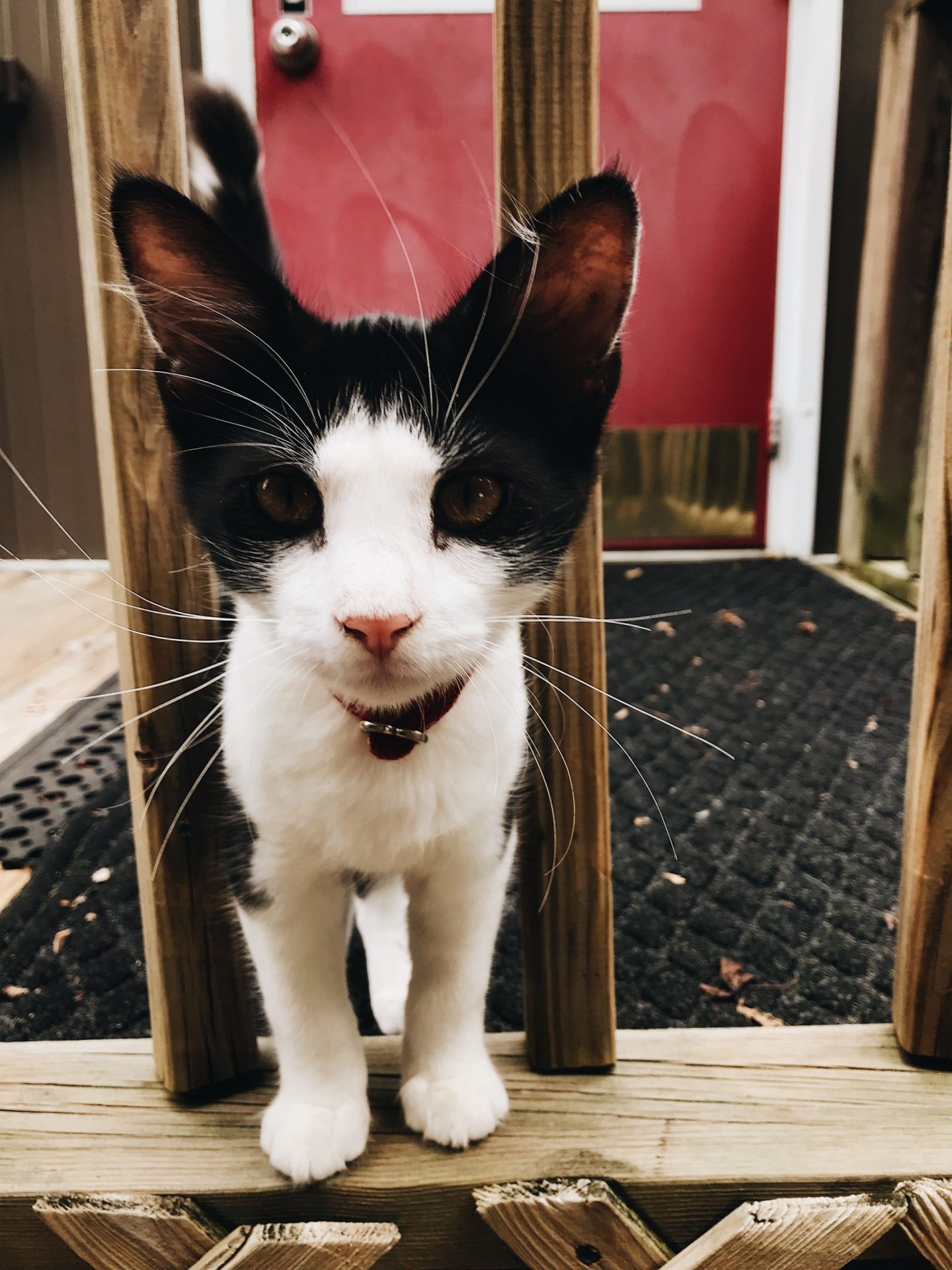 As for the past few weeks, they have been full of apple orchard trips! I went with my mom one day and one of my friends the next before I left Illinois, and found the cutest cats ever and some delicious donuts and cider. Then one of my friends spent the weekend in GR last weekend, and we went to Robinette’s, which is a popular one in GR. We were a bit disappointed because none of the orchards in West Michigan had u-pick open yet though! We still got some delicious already picked apples though!

And then the reason she was in town was because we had tickets to see the Jonas Brothers! I’ll be the first to admit I was not an all out fan like many of my friends were, but it was basically impossible to be in upper elementary school/middle school around 2007 and not know most of their songs. I have a vivid memory of friends arguing in 6th grade because one thought Nick was better and one thought Joe was better… but let’s be honest, some people still argue about that now lol. Anyway, when we saw they were making a comeback, and coming to GR on their tour, some of my friends and I decided to go together! I knew it would be a great time since concerts with your friends are always fun, yet I was surprised at what a great show it was. They did a good mix of their new music and some old favorites, which was really fun! 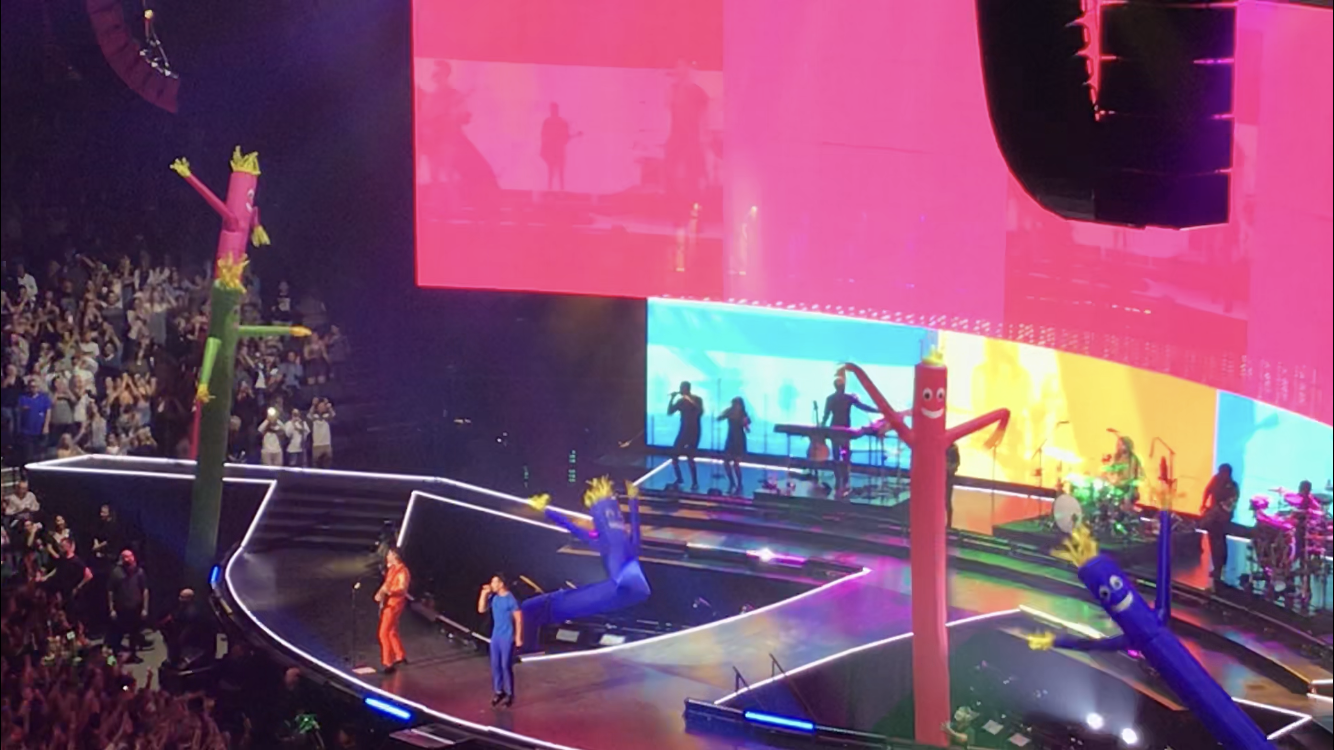 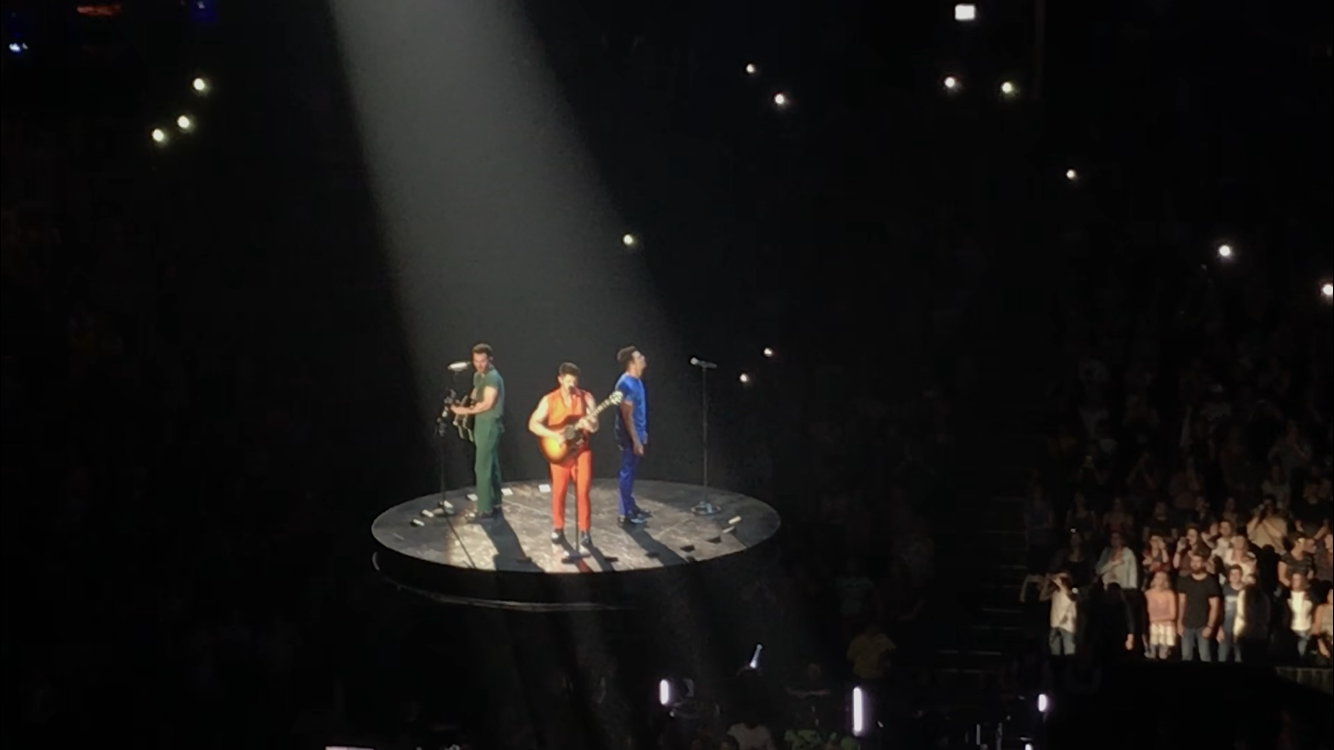 Sadly, my entire house got sick like 2 days after the concert. LOVE GERMS. We have also had so many cancellations at my outpatient facility due to sickness too, so I guess it is just going around. Honestly it was kind of nice just to take this weekend slow and do homework in bed since I wasn’t feeling great. But I’m hoping this week is better! And I hope you guys are staying healthy!