Since the beginning of 2019, I had been referring to summer 2019 as my “Michigan summer.” This is because I have always gone back home for the summer in undergrad, and next summer I will not even be in the Midwest! So I knew this was my one and only Michigan summer, and I was very excited to take full advantage of it. Or as much as I could while still having summer classes and clients 😉

I wanted to round up top 5 favorites from this summer, mainly for my own memory! In a year or two I am sure this summer will be hard to remember and blend in with my other time in Michigan, so I wanted to stop and capture a bit of it! 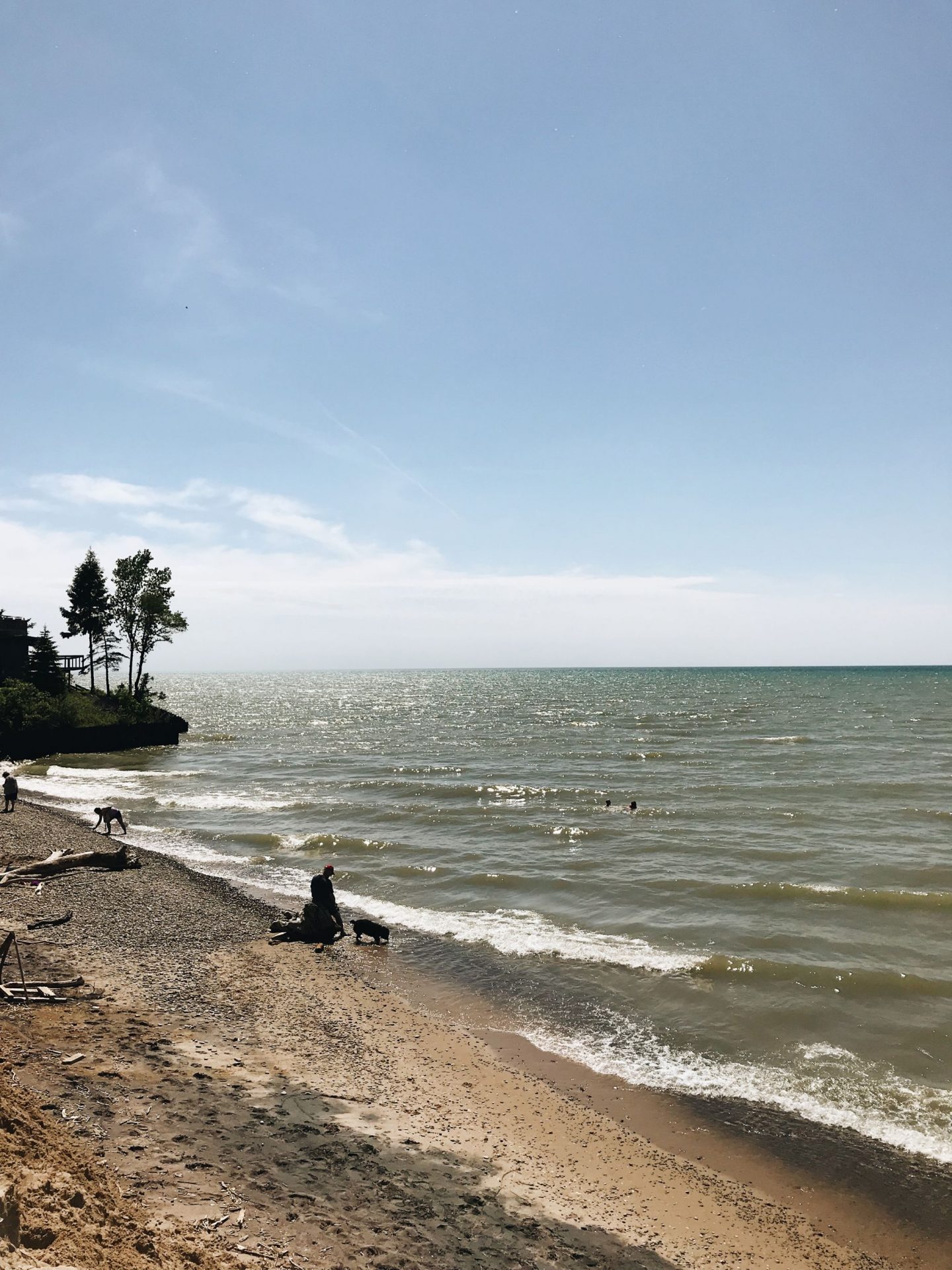 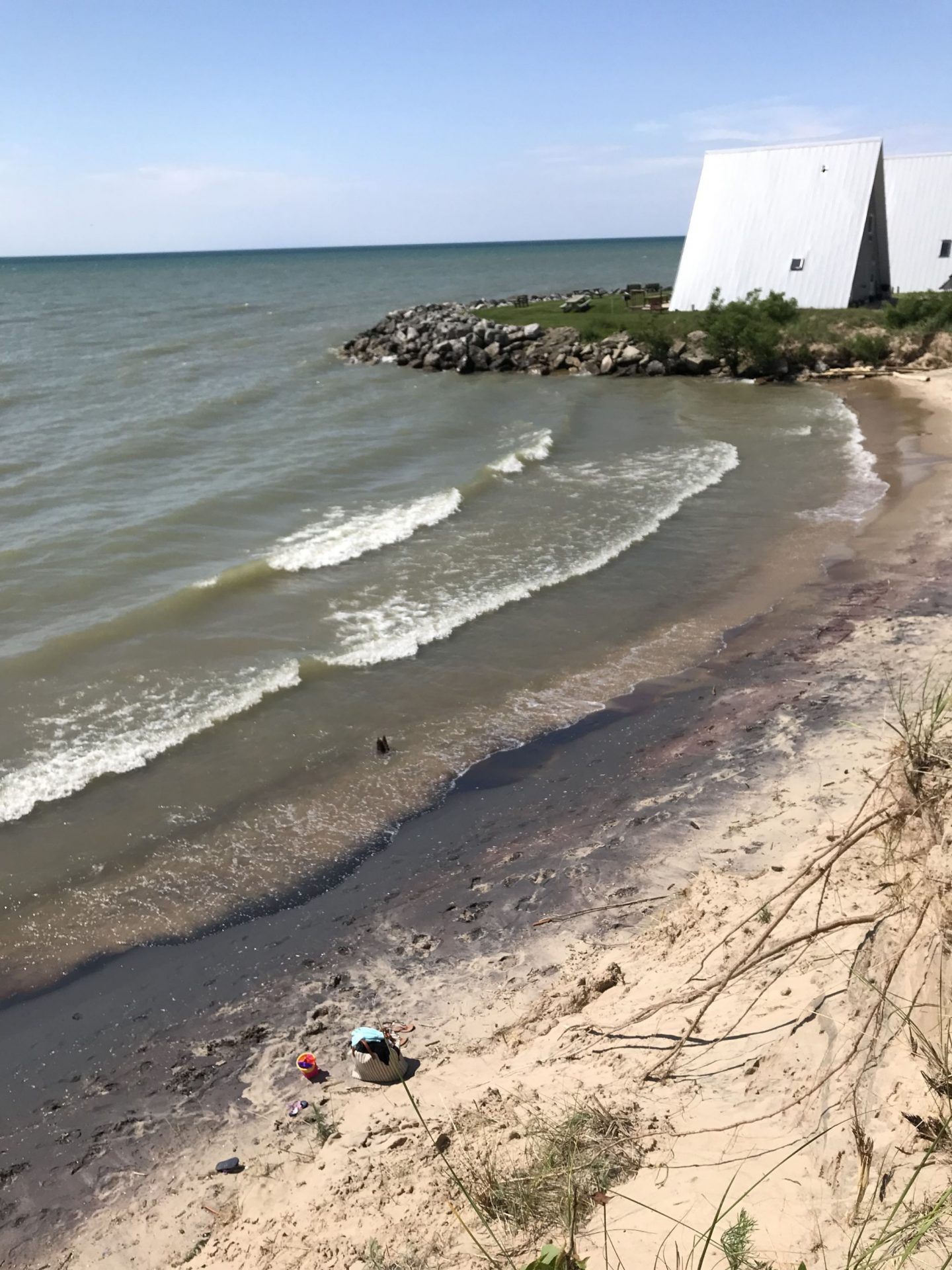 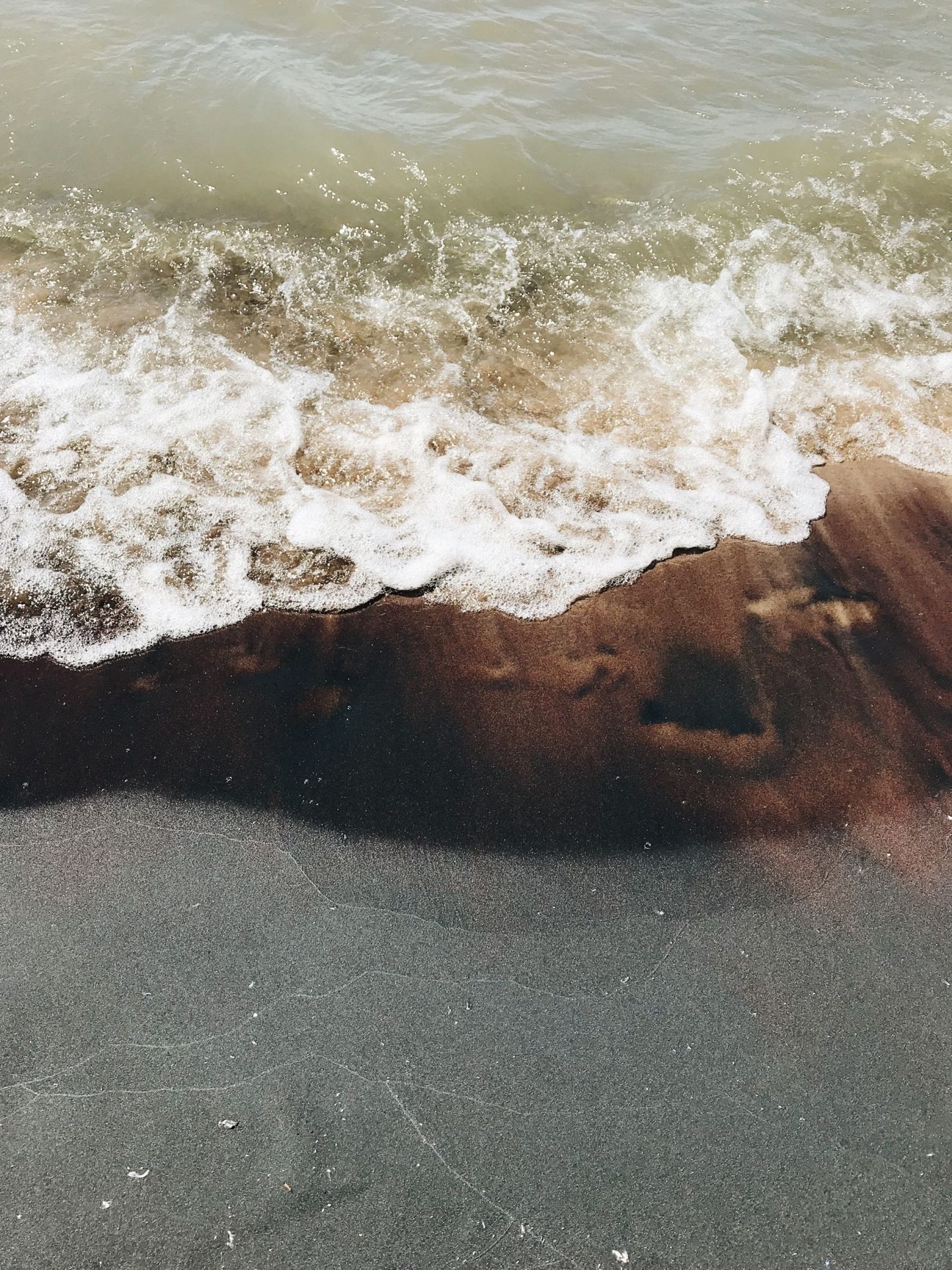 I ended up going to Lake Michigan 3 different times throughout the summer, and enjoyed spending time at Reed’s Lake in Grand Rapids multiple times as well! Since I am used to spending summers in Illinois, it was great to be so close to water this summer! I am definitely a fan of fresh water after this summer, and it will be kind of weird to not be so close to a freshwater lake after this year! 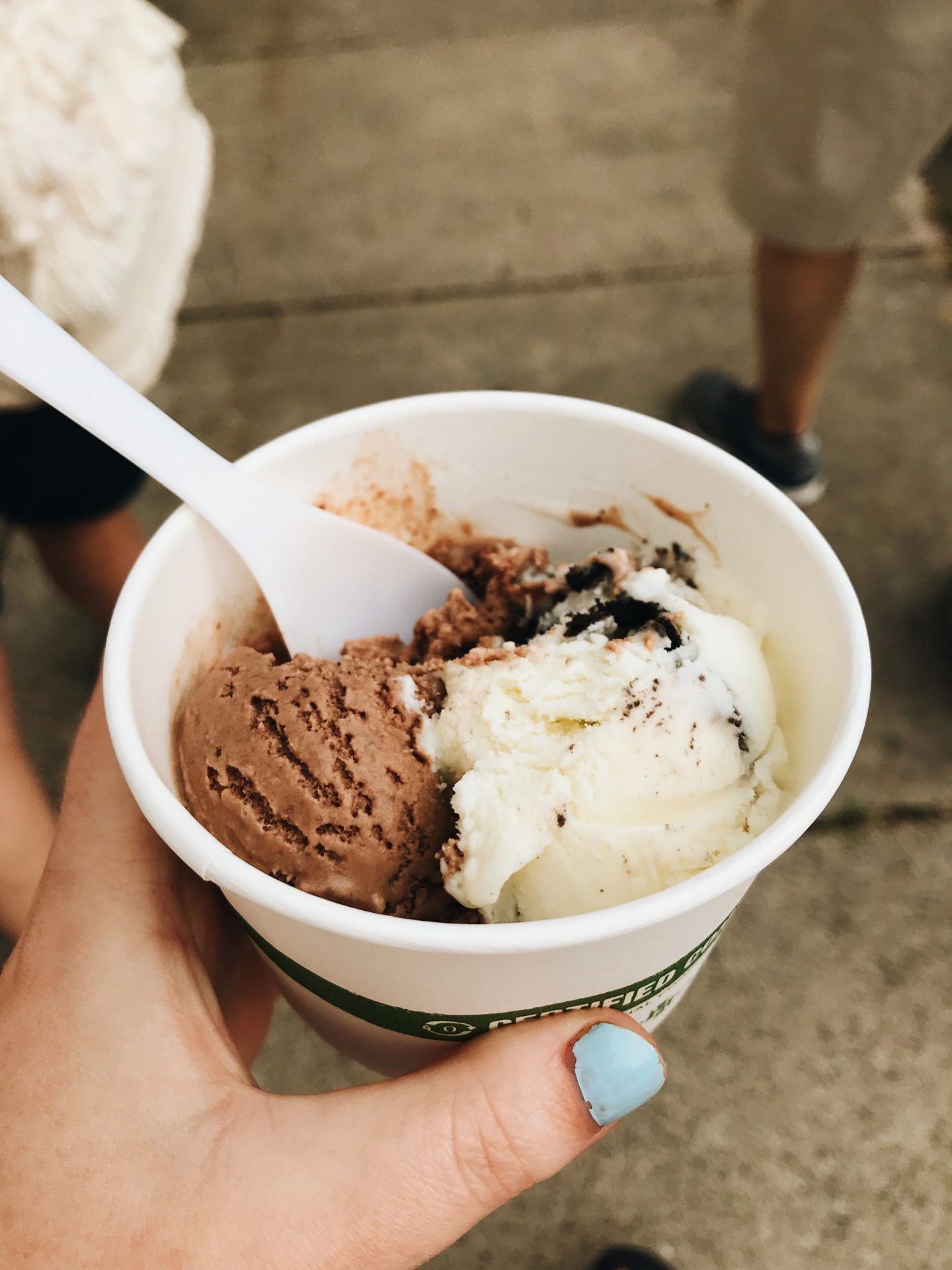 Okay, clearly there is ice cream anywhere you live. But this summer I was able to try out quite a few different ice cream places in and near Grand Rapids, and it was so much fun! The one pictured above is Furniture City Creamery, which is one of my new favorites because they make their ice cream from scratch and they always have fun flavors rotating in. Their fudgesicle is one of my favorites because it literally tastes like a fudge popsicle (imagine that lol) and the mint oreo is also a favorite of mine! They also have lots of vegan flavors, which is great if you are going with a friend who is vegan or who has a daily intolerance! But there are also so many other great places, so maybe I will share about all of them in a post soon! 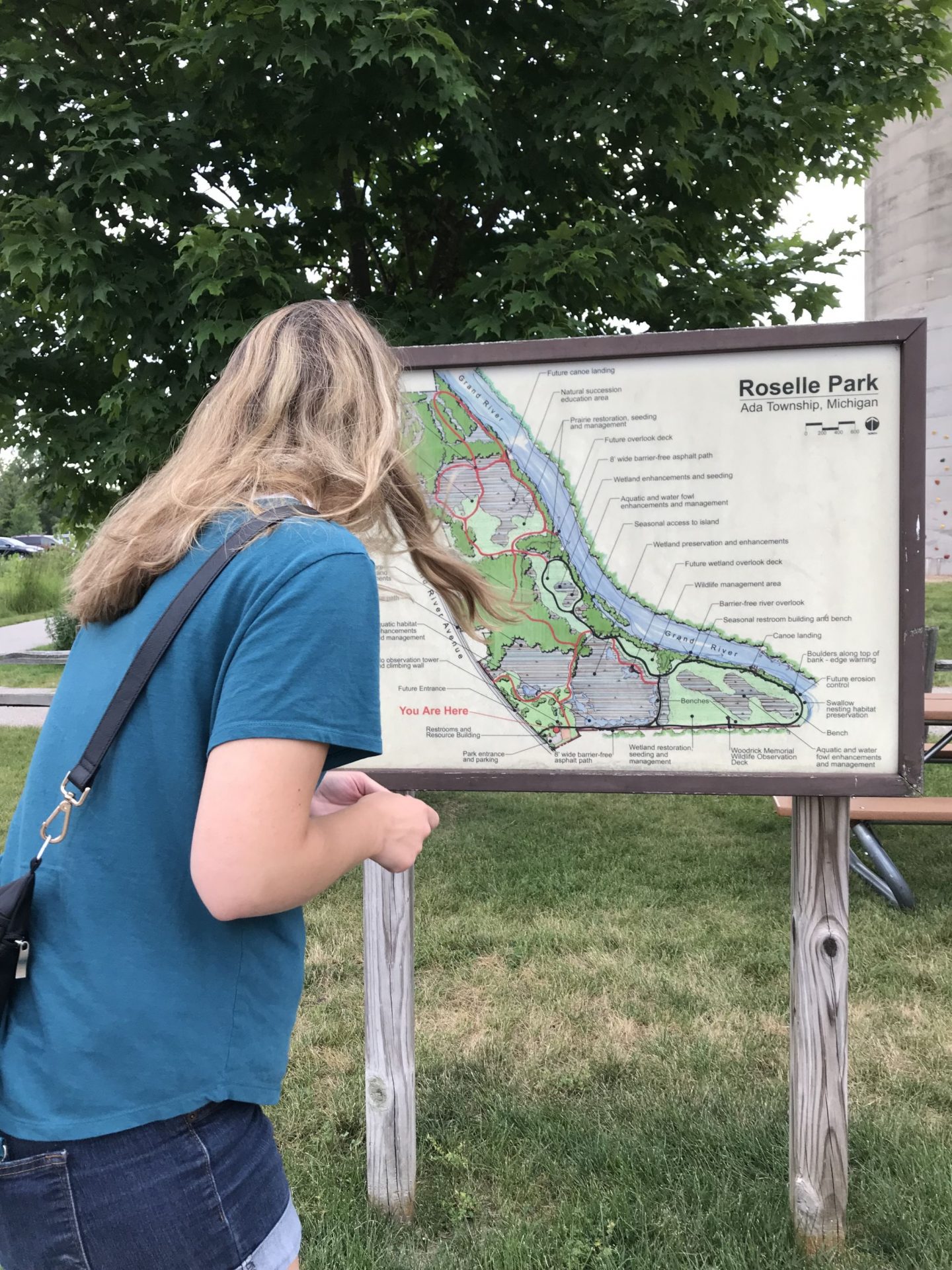 Grand Rapids and surrounding towns have tons of parks, and it was fun to get to explore more this summer! Riverside Park was a favorite of mine because they had food trucks every Friday. Roselle Park was also fun because it goes along the Grand River and they have two big silos at the entrance! 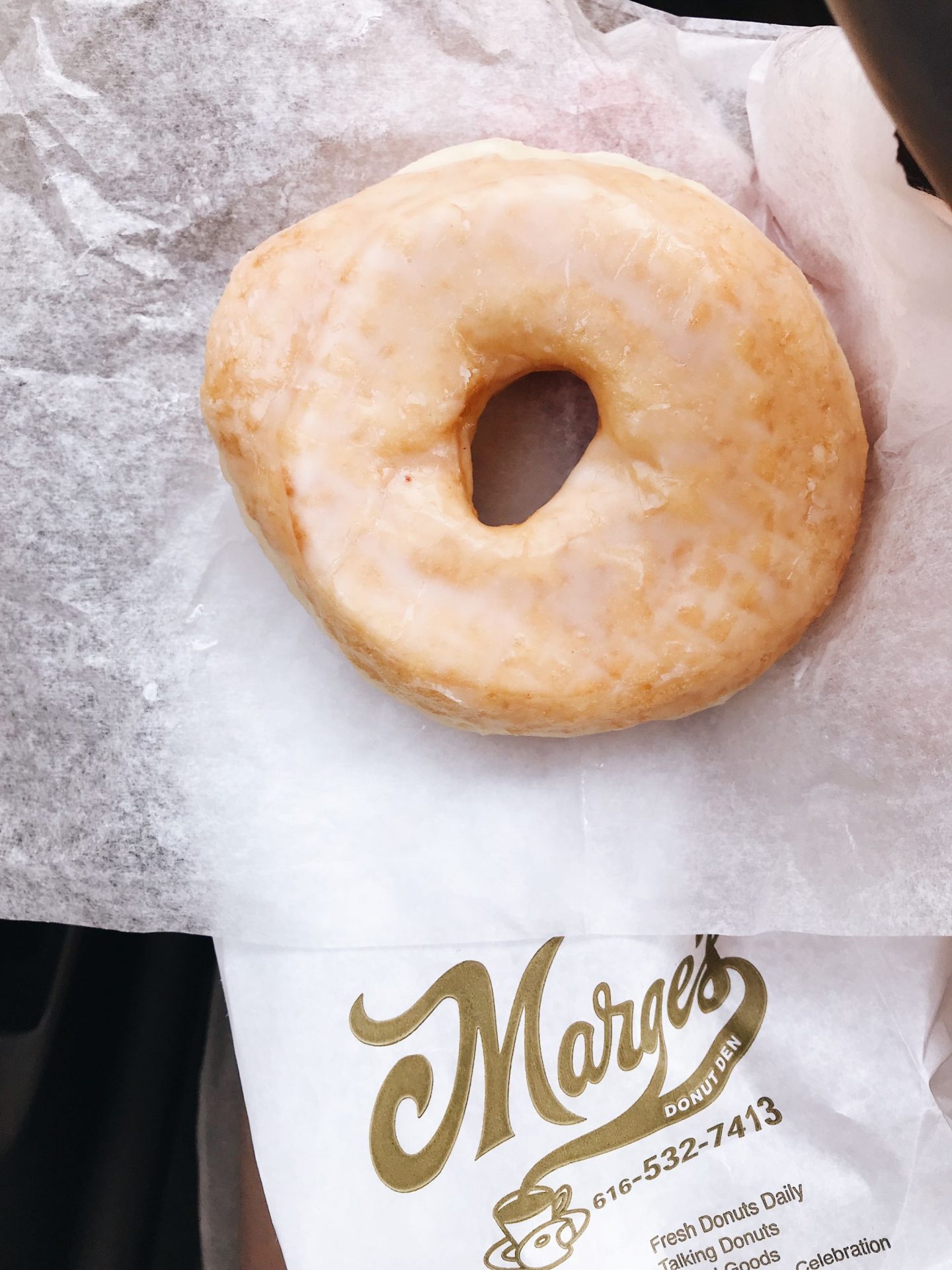 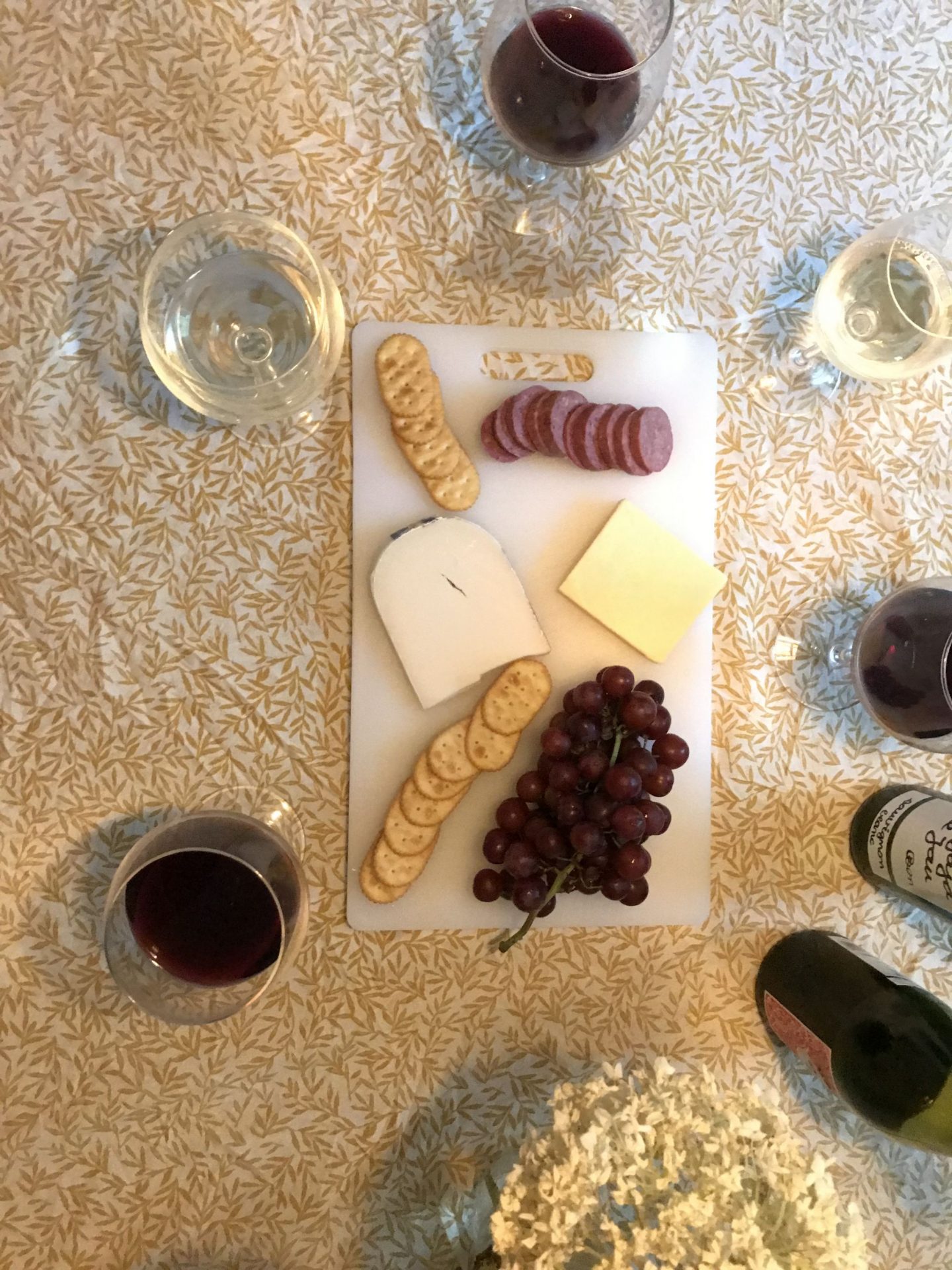 It was also really fun getting to explore some local shops that I hadn’t tried before! I went to Marge’s donuts and it was delicious, affordable, and there is actually a lady named Marge (who I am assuming started it!) who is there daily! When I went with my friend these little girls ordered their donuts in front of us and then ran over to table to say hi and hug Marge, which was so cute! My housemates also wanted to do a house wine and cheese night, because I guess we are fancy now or something? Just kidding, but it was actually fun to go to a few local places and get wine and cheese! We went to a place called The Cheese Lady for cheese, and Art of the Table for wine! It is fun to go to little places like those because the employees are SO helpful and always have great tips. I also saw that Art of the Table sells Jeni’s Ice Cream… so I will be back! 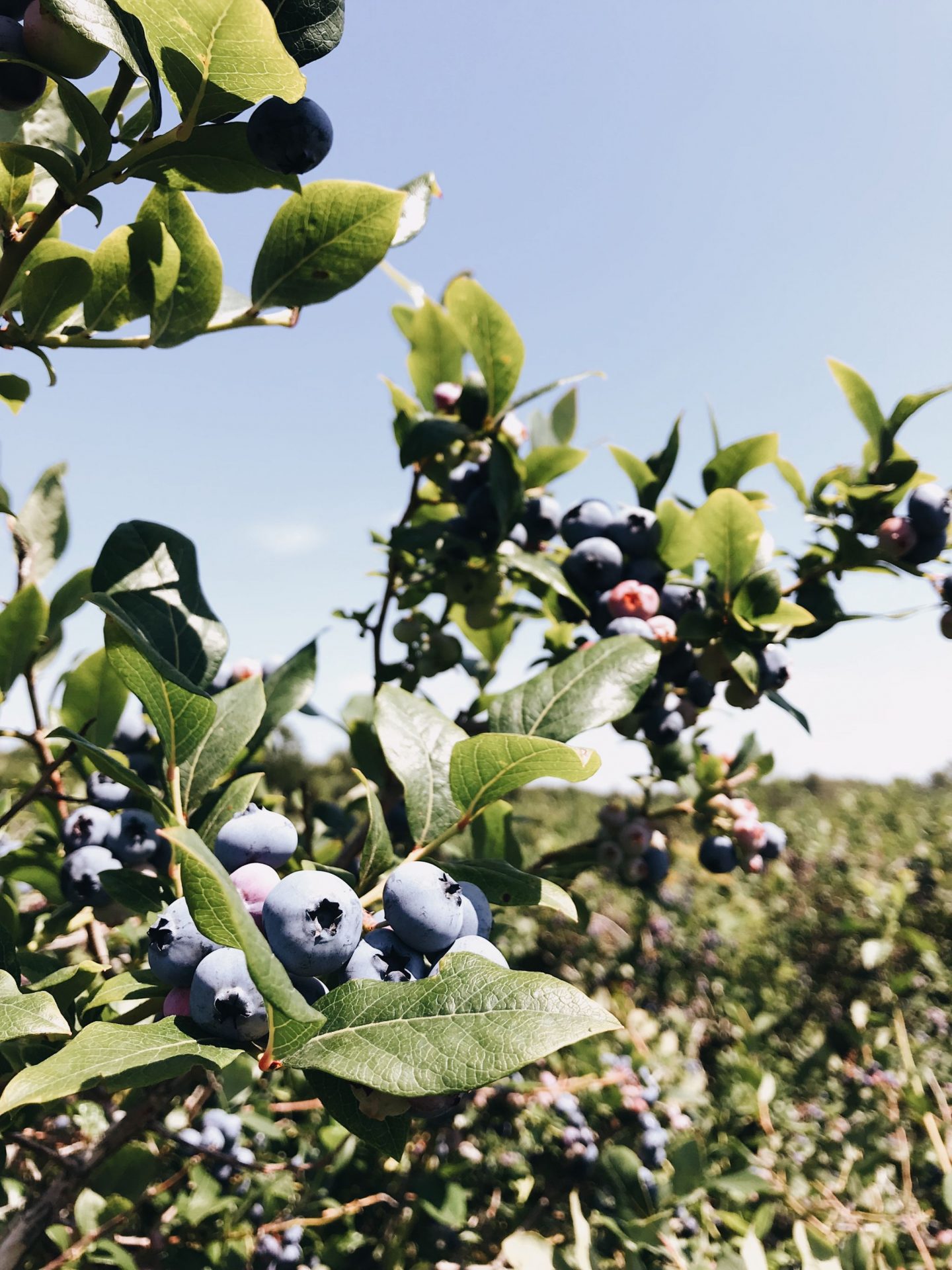 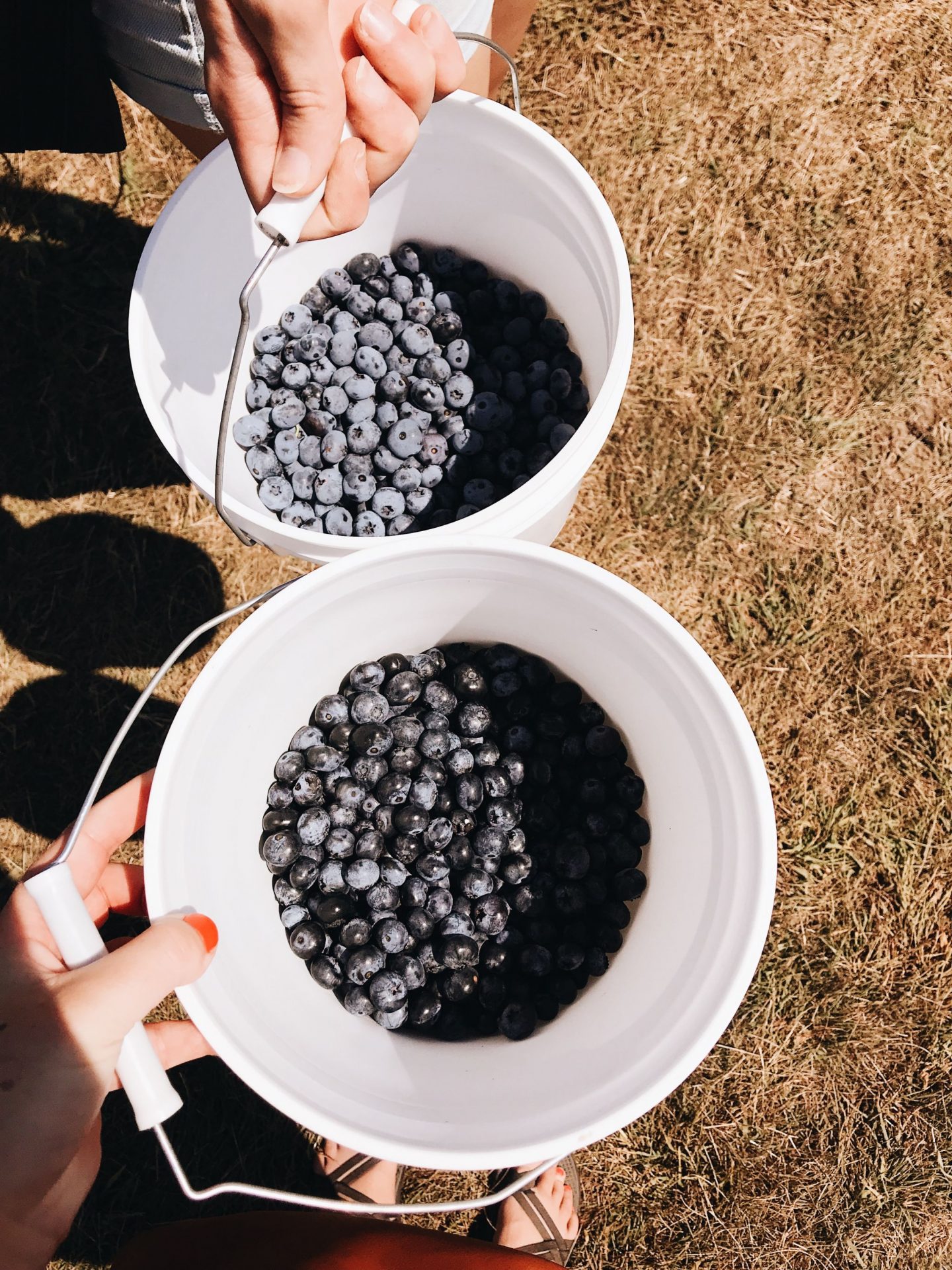 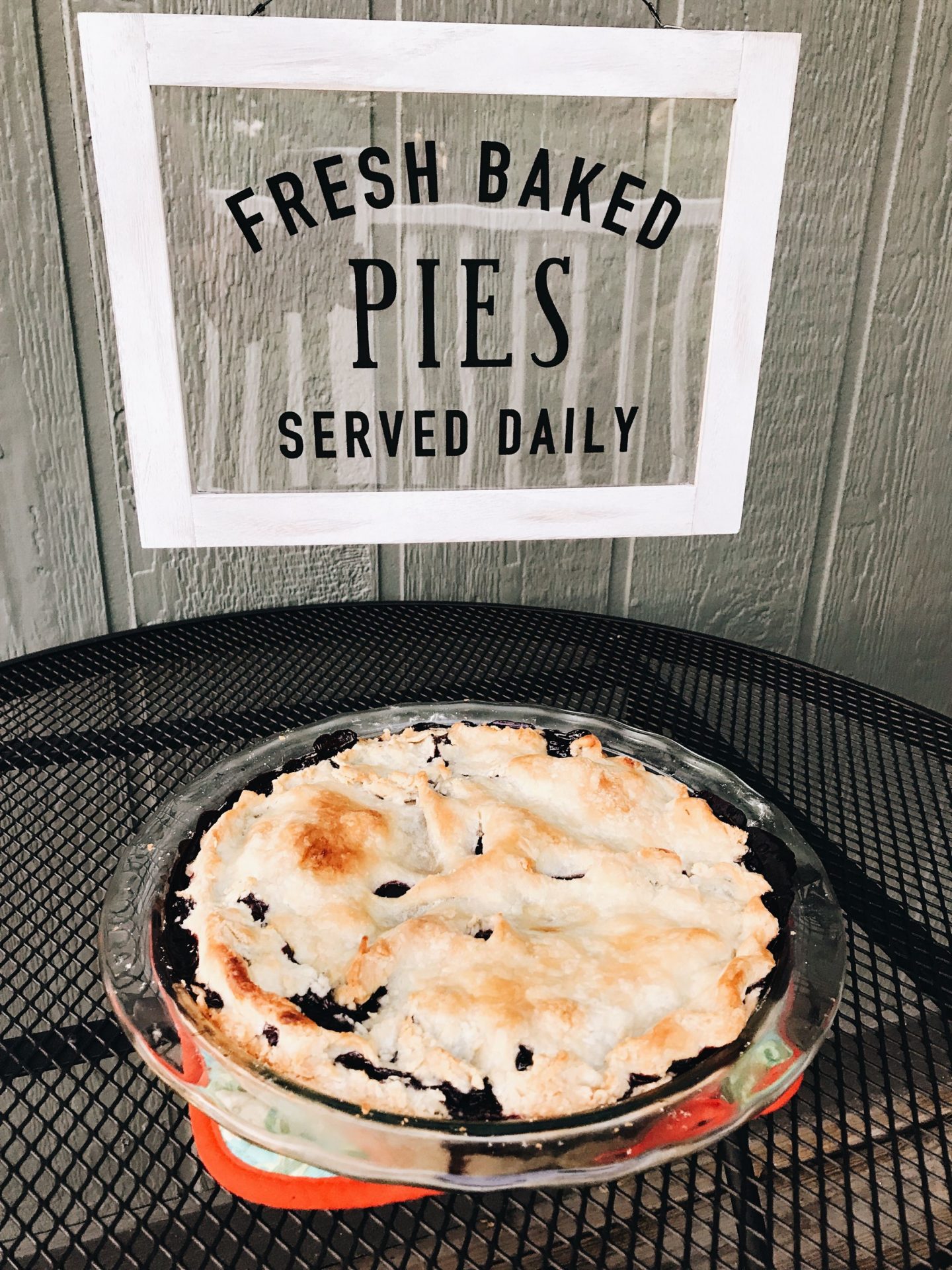 My last weekend in Michigan I realized I hadn’t picked any blueberries, which was something I wanted to do in my Michigan summer! I got one of my friends to go along with me and we spent an hour or two out at Reender’s picking some! Neither of us had picked blueberries there before, and when we asked an employee where to go to get to the bushes, she was super vague about it. This led to us wandering through bushes full of unripe blueberries for about 10 minutes before we finally found the right ones. Then we also realized that almost everyone had driven from the main building to the bushes, even though it was maybe a half a mile a way. It makes sense if you were getting lots and lots of berries I suppose, but it was really funny how we were the only ones who seemed to walk! Anyways, we got our berries and made a pie together! Neither of us had ever made a pie before, so it wasn’t the prettiest pie. But oh man, those fresh blueberries made it delicious! And I was able to cross “make a homemade pie” off my 101 in 1001 list. Score!

And with that, my Michigan summer has come to a close. I don’t go back until Labor Day weekend, and then I will get to enjoy my last fall in Michigan! Which I am excited about because I LOVE fall, and it is definitely pretty in Michigan! We won’t talk about winter though…