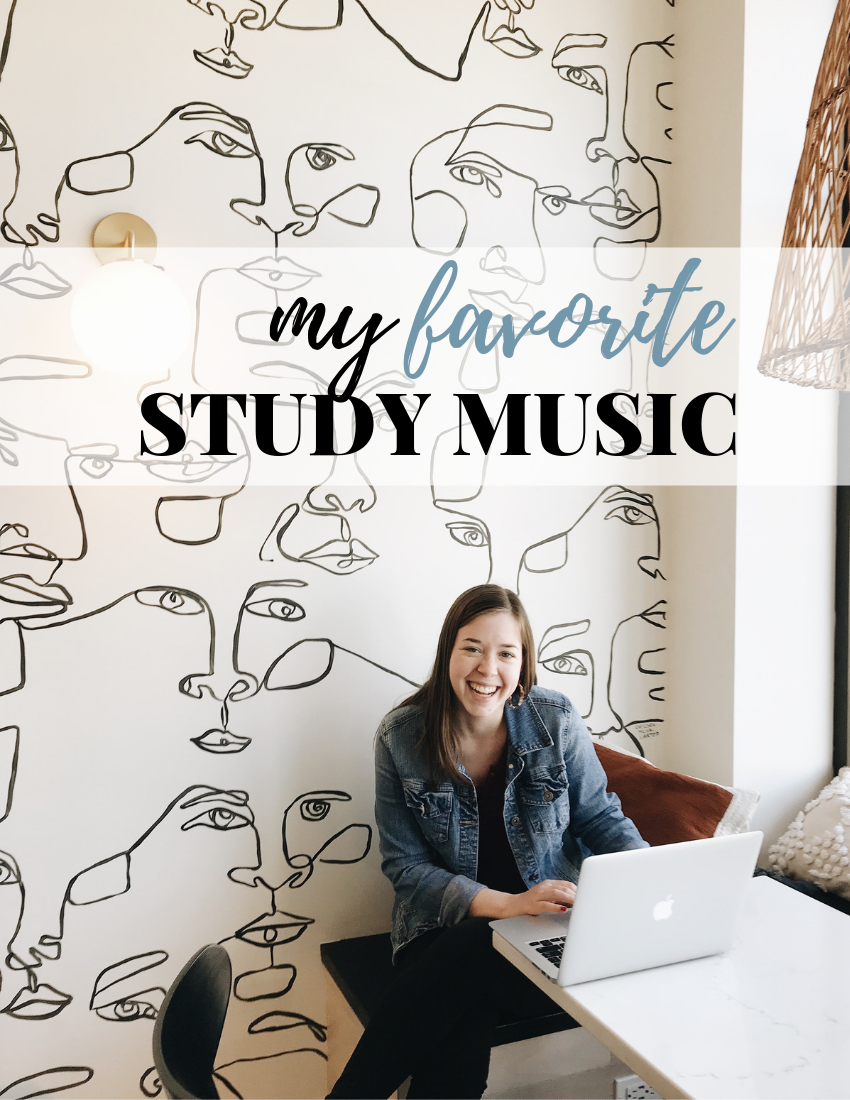 With finals season quickly approaching, I thought this would be the perfect time to share my favorite studying music with you guys! I asked on social media at the beginning of the month if this was something you guys would even be interested in reading since I usually don’t do music posts, but everyone said yes!

Let me start off by saying I tend to like more indie or folk music while studying. Overall pretty calm, but not as calm as just instrumental music. The artists and songs I am about to share about are what I pretty much always have on in the background on evenings or weekends when I am at home cranking out treatment plans or going through quizlets.

Vance Joy: His 2014 album has been one of my go-to homework albums for years, and I was excited when he released more stuff last year. His music is a bit more upbeat than some of my other choices, but it still has that indie or folk feel that I like to have on in the background.

Favorite Songs: Georgia , Mess Is Mine

Johnnyswim: Last spring I discovered them for the first time and they are probably one of my most played artists this year. I went to their concert back at the beginning of September only knowing a few songs, and I left knowing I would be playing them on repeat for weeks. Georgica Pond is probably my favorite album for studying, and Annie is one of my all time favorite songs now, but I really just like all of their music!

Hozier: I found Hozier freshman or sophomore year and have had Cherry Wine on my study playlist for years, but his latest album has been one of my go-tos this spring!

Favorite Songs: Cherry Wine, Would That I, Wasteland, Baby!

Andrew Belle: I’ve just recently discovered Andrew Belle, but I have loved his songs so far! His album Black Bear from 2013 has been a great one to have one while doing homework or studying, but his more recent one is also good!

The Head and the Heart: I discovered them the summer before college and have lots of memories studying to their 2016 album in the library sophomore year. I even used one of their songs in a music project sophomore year because it was one of the only songs my assigned partner and I could agree on (gotta love those group projects! Not…).

Favorite Songs: Down In The Valley, Honeybee, Library Magic

The Lumineers: Whenever I think of the Lumineers I think of my trip to Spain since “Ho Hey” was played constantly on the radio while we were there driving around. And since then I have enjoyed their music as background music for homework too! I definitely went through a phase last spring where I only listened to their 2016 album, Cleopatra, while studying lol.

In addition to these artists, I am share 10 songs from miscellaneous artists that I have found and also have on my studying playlist.

Do you have a favorite genre or artist you listen to while studying? Or do you prefer working in silence? Tell me in the comments below!