A few weeks before spring break one of my good friends from high school asked if I wanted to go on a quick Chicago day trip with her since we had the same spring breaks and neither of us were going anywhere for the week. Of course I said yes and we ended up finding another high school friend who also could go with us! We took the train up into the city which was SO much easier than driving and we were able to walk everywhere we wanted to go from the train station, which was so convenient!

We were only in the city for about 6 hours, so we didn’t have time to do a bunch of touristy things and our main focus was shopping and finding a few good places to eat! If you are interested in seeing a more touristy Chicago post, checkout this post from 2016, or part 1 or part 2 from 2014 for some really old content! 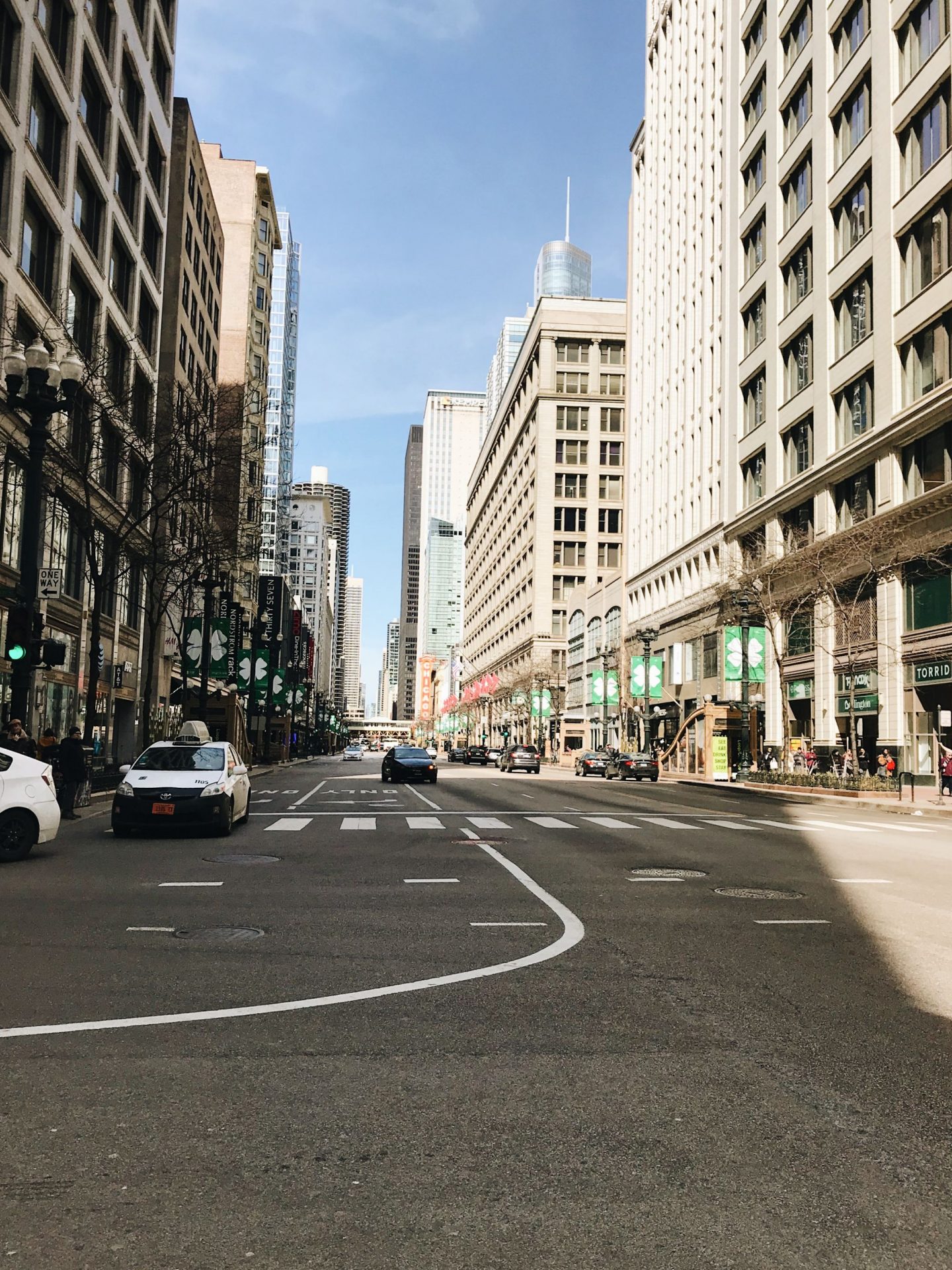 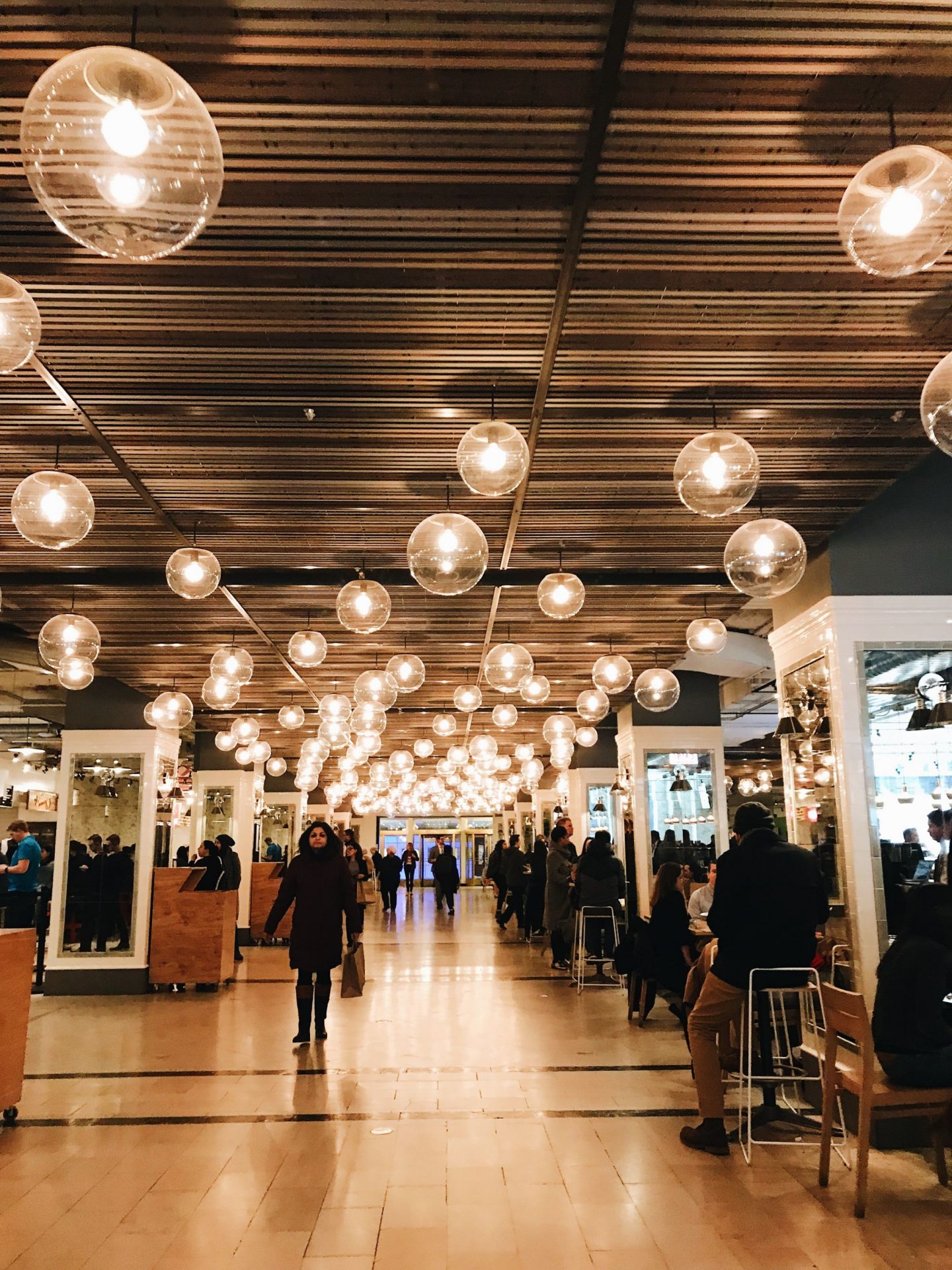 Our train got in a little after 1pm, so we were ready for some lunch by the time we got there! We walked around and walked into Revival Food Hall because I saw these light from outside and it looked so cute! We decided we would come back here for dinner, but ended up not even eating dinner because of a big lunch and eatings donuts too. If I end up back in Chicago, this is a place I would want to go back to and get food from. 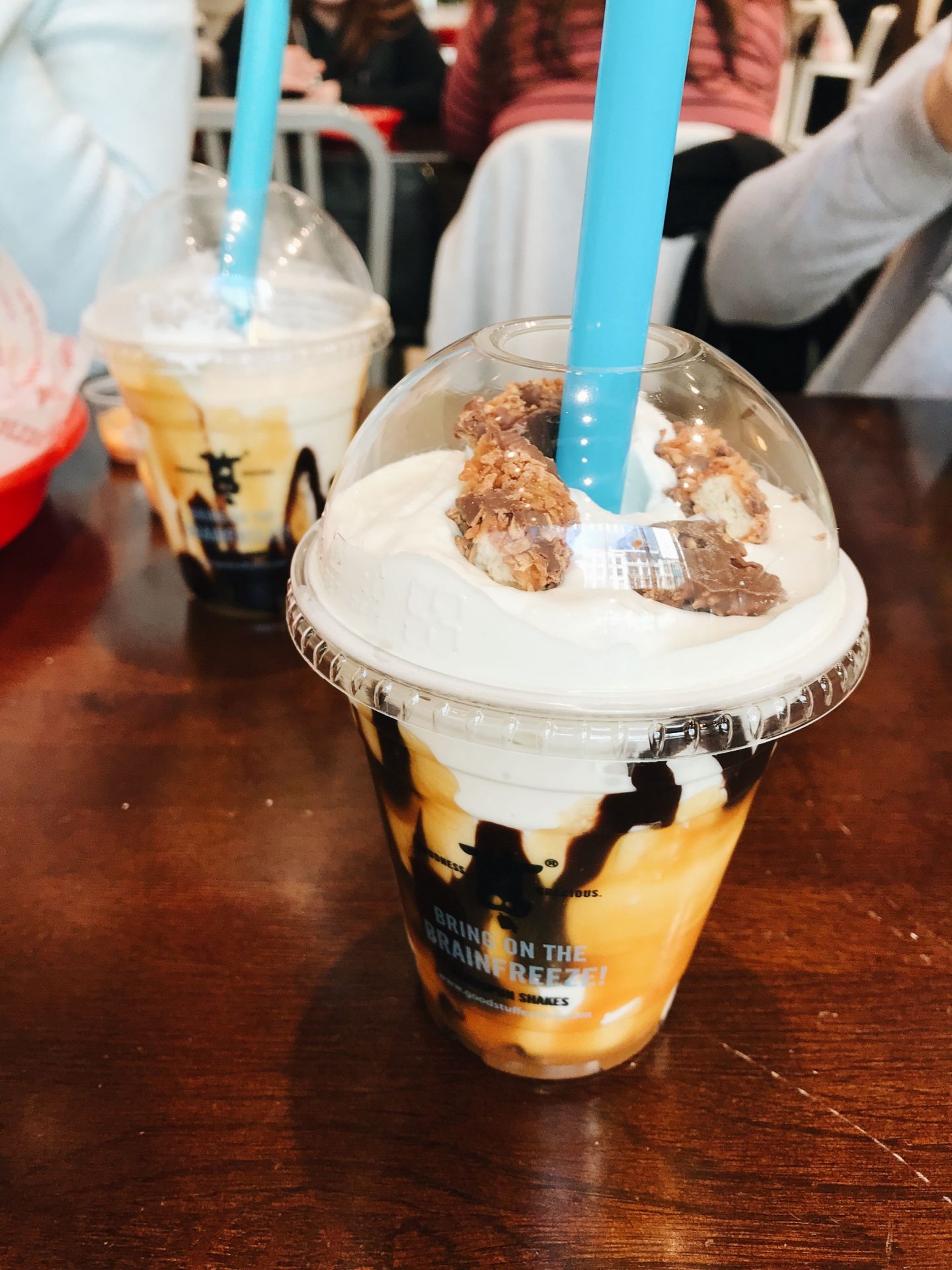 We ended up at Good Stuff Eatery because we walked by and the reviews looked good on Yelp. It ended up being delicious and I think we were all happy with the choice. The shake of the month for March was also a Samoa shake, so clearly we had to try that! Would recommend if you find yourself in Chicago this month! 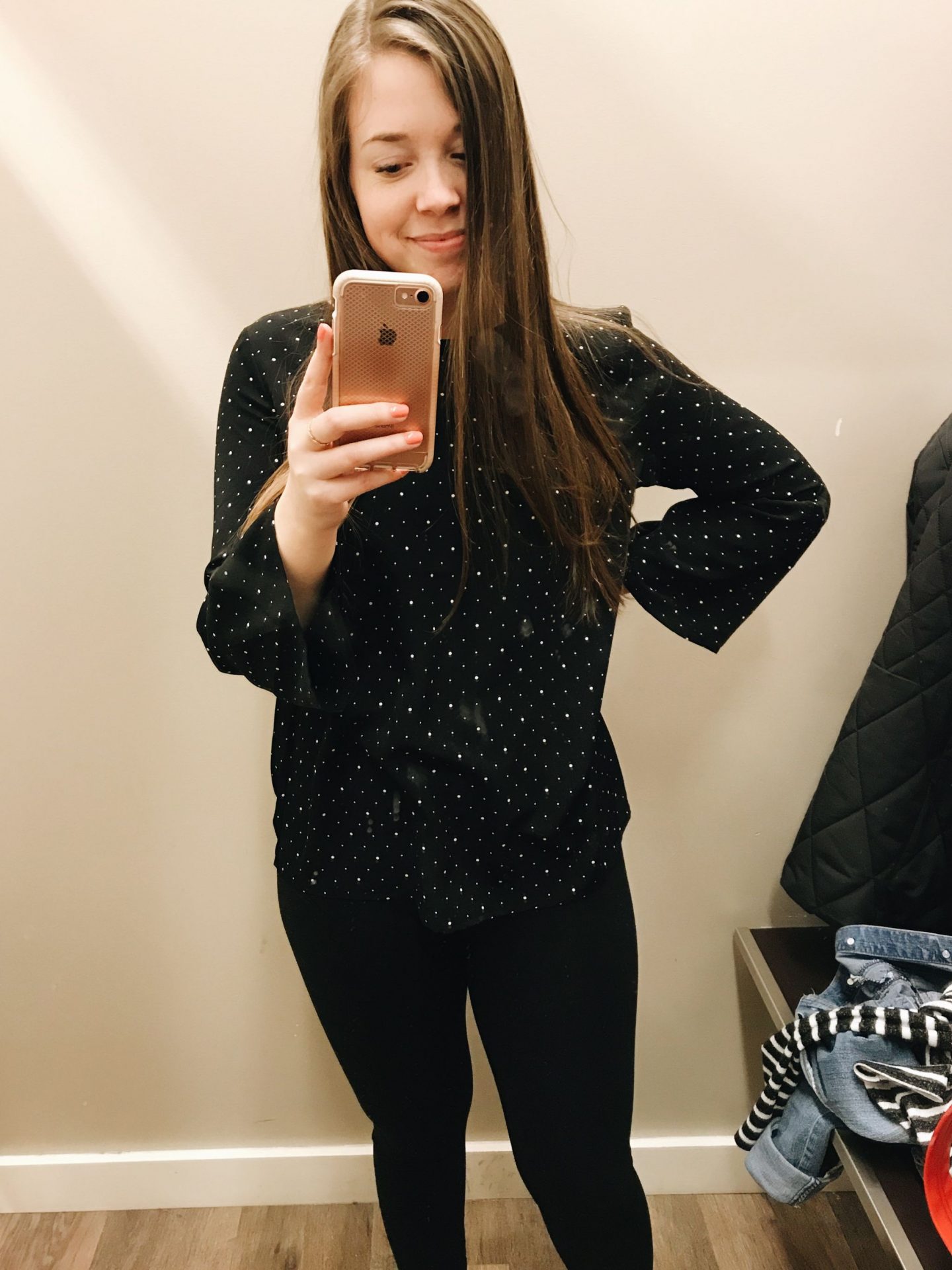 Next we went to quite a few stores on and around State St. to try to find some clothes. I found this top on clearance at Banana Republic, and I was excited because I can wear it to clinic too! 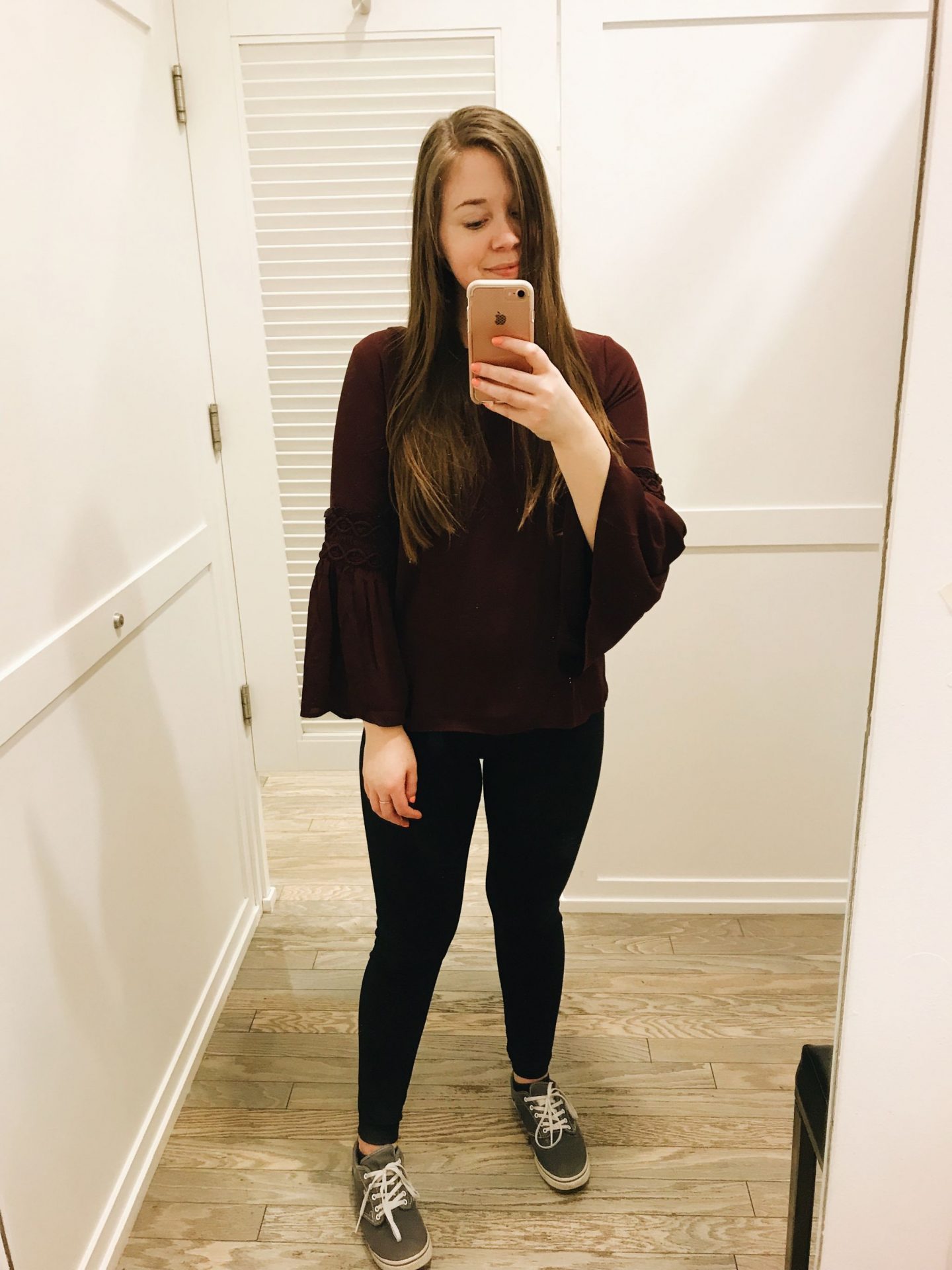 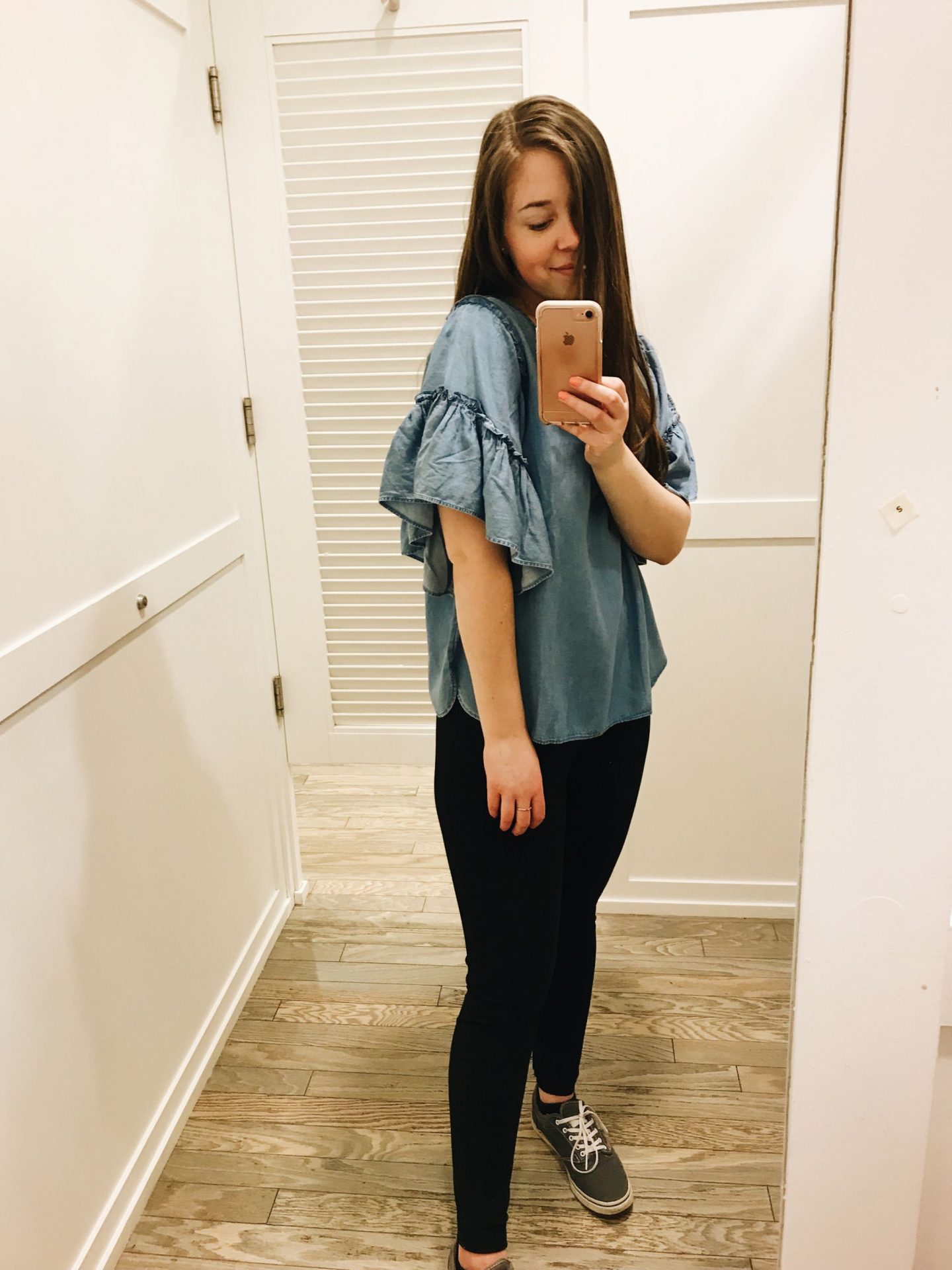 I also found these two tops at LOFT, but only ended up buying the first one because I ended up liking it more! Again, I like how it is cute and I can wear it to go out to dinner with friends or make it a bit more professional for clinic. 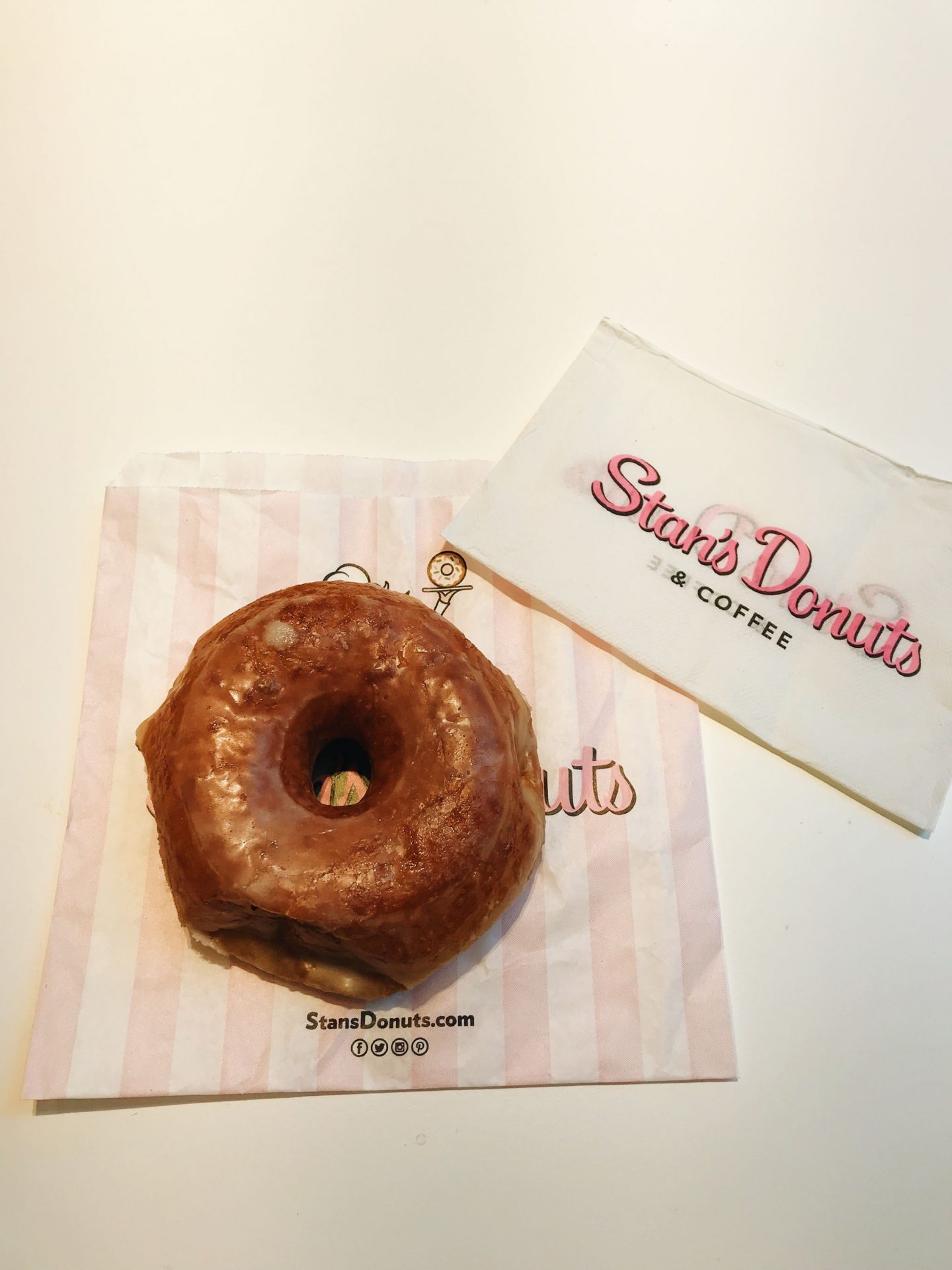 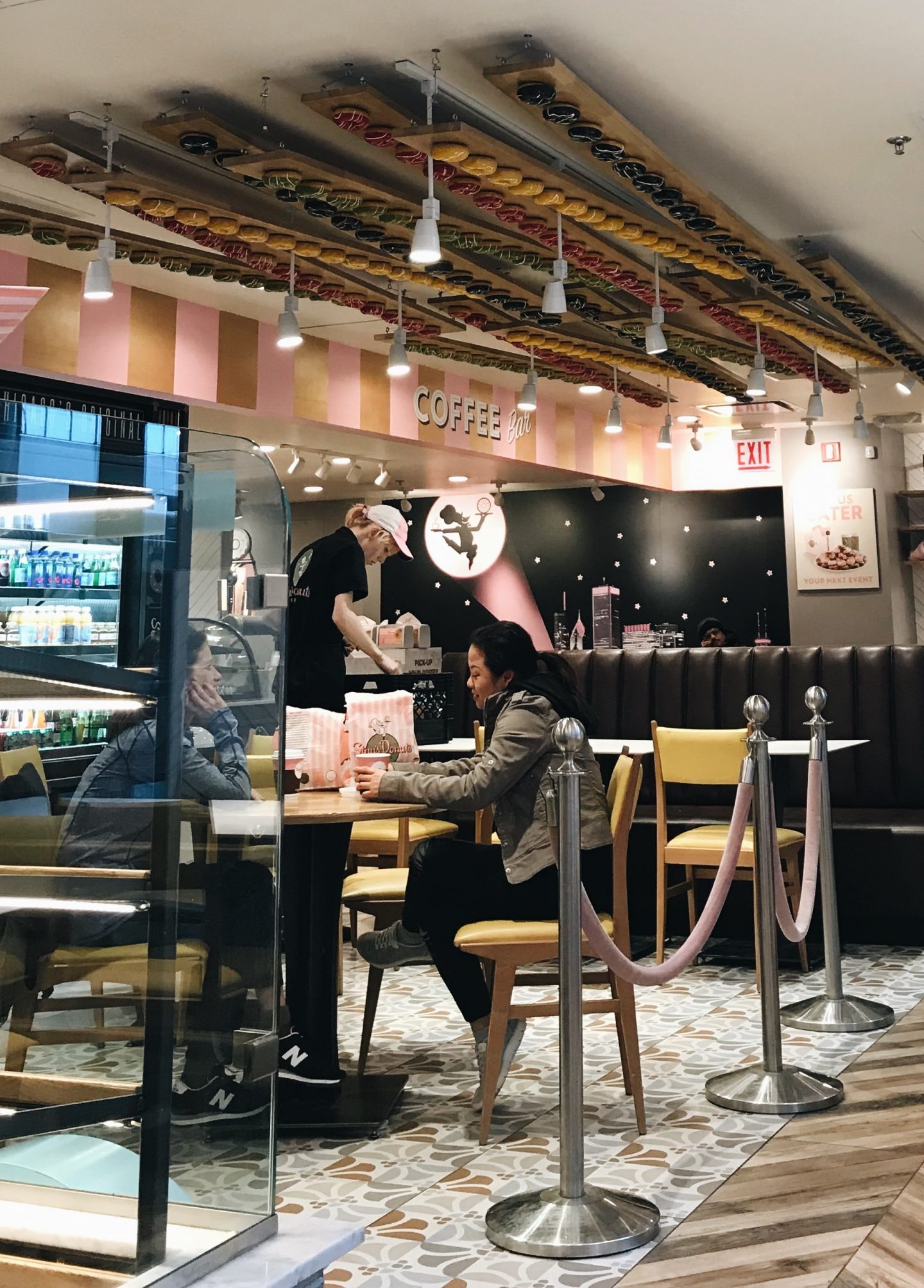 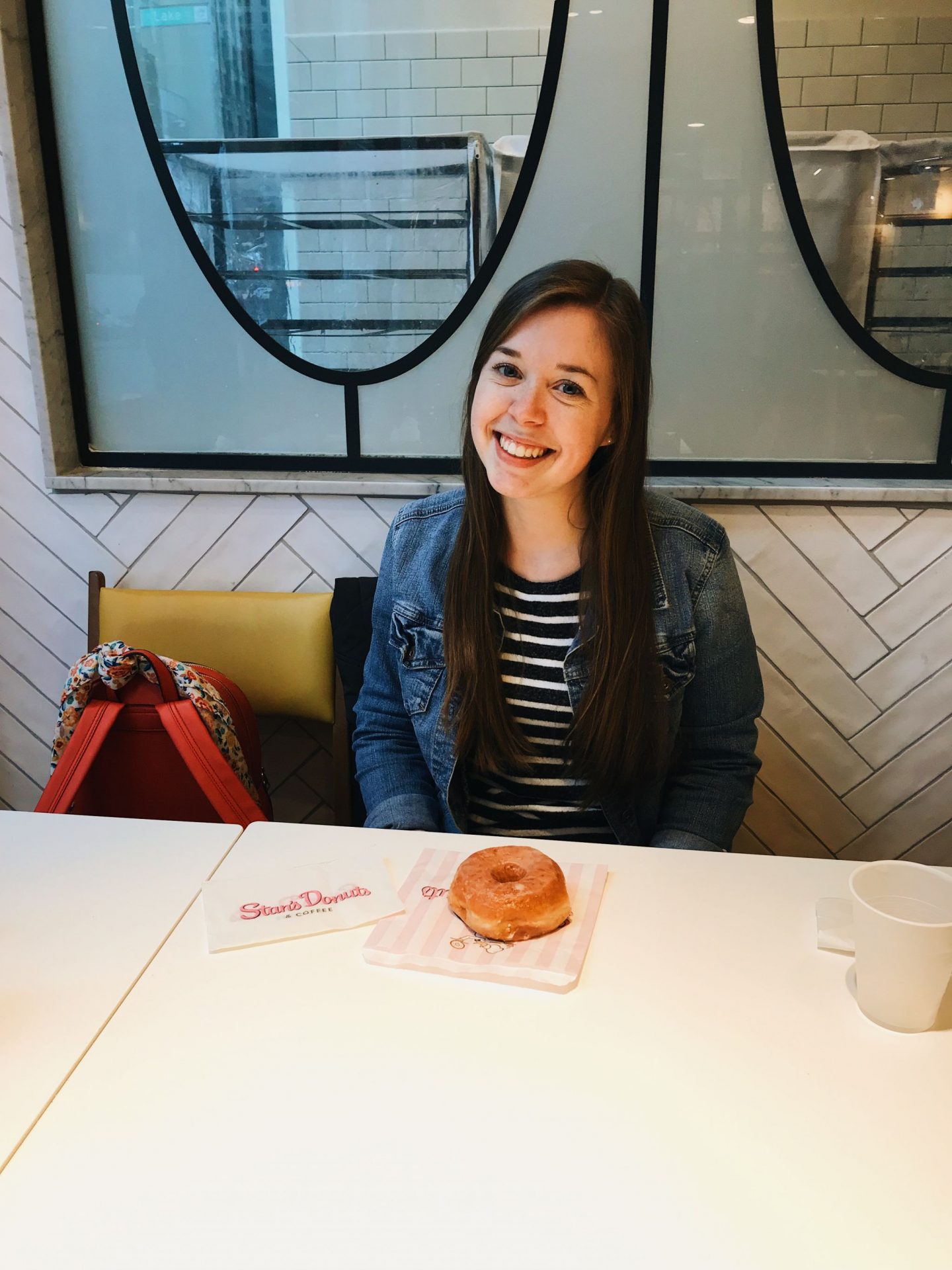 One of my friends from college had been in Chicago a week or two before I went and tried Stan’s Donuts and said how good it was, so clearly I had to add that to my list of things to do in my day in the city. We didn’t get there until around 5pm, so they were almost out of donuts. I ended up just getting a plain glazed one, but it was really good and I would definitely go back and try other flavors too if I find myself near one again! 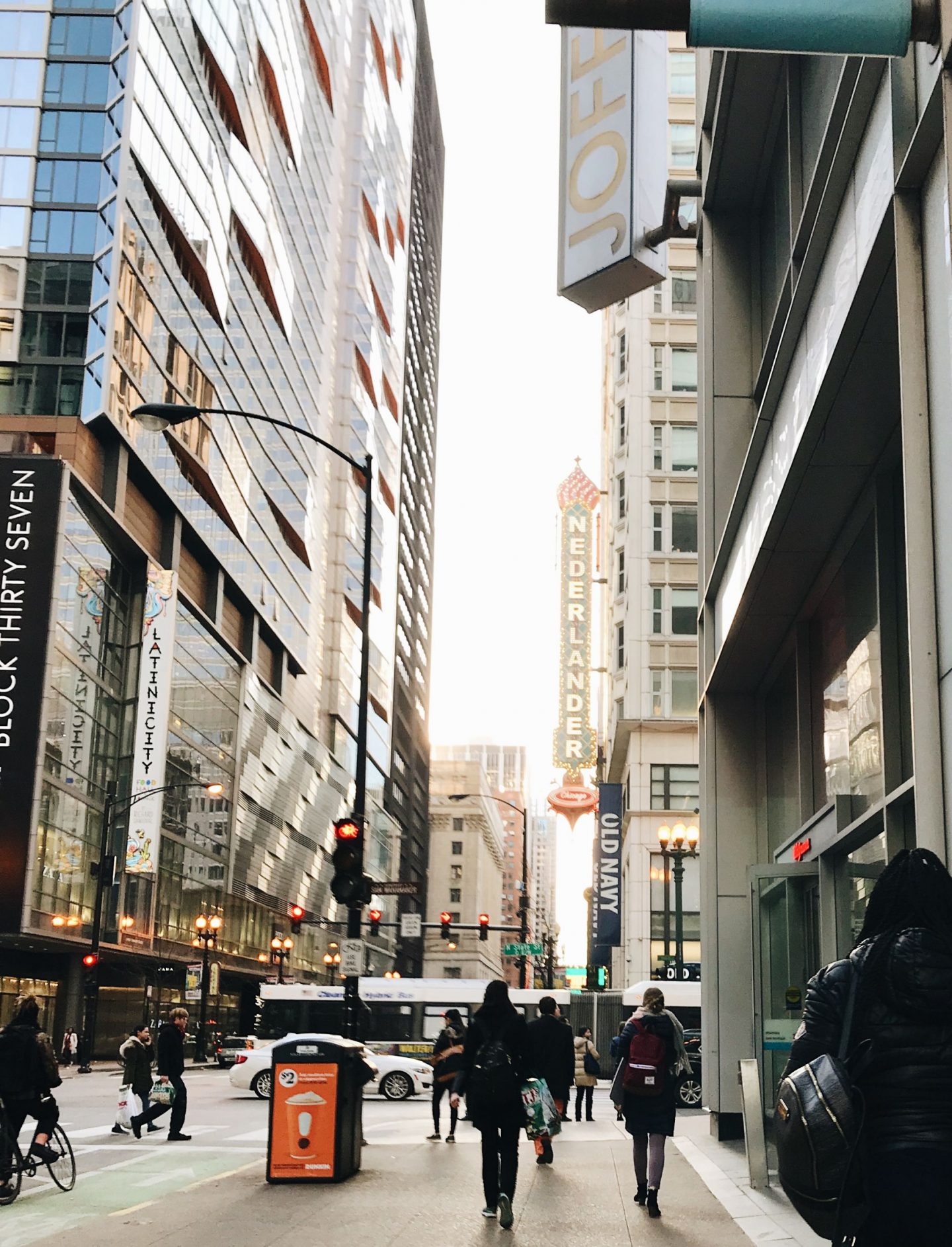 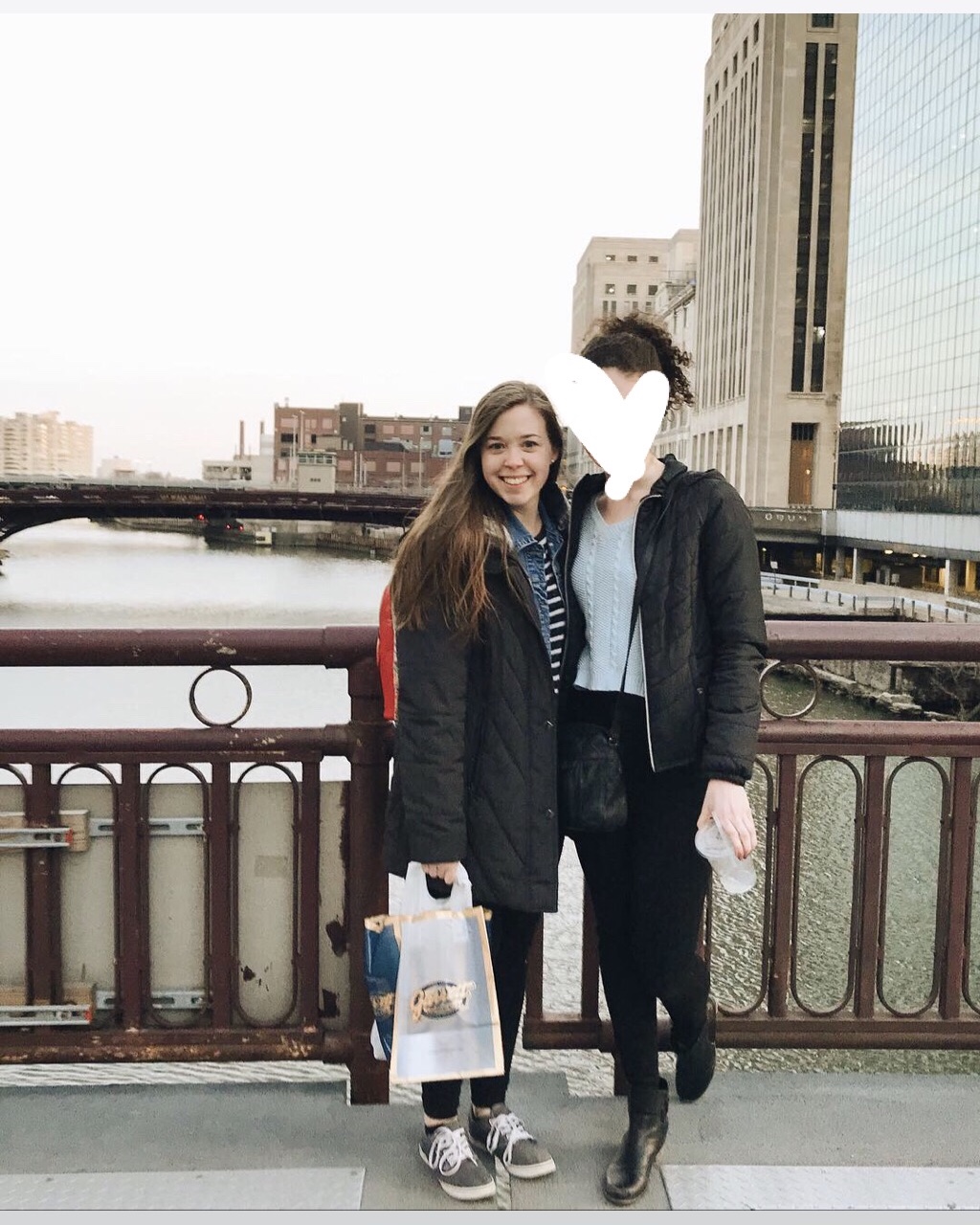 My sweet friend and I! She reads the blog (hey girl!), but I didn’t think she would want to be on it because she is barely even on social media, so we are keeping her face covered 🙂

Then after that we walked around, went in a few more stores, and made our way back to the train station for our train home! I am so glad that one of my friends suggested we do this because it was such a fun Chicago day trip and I was able to cross it off my 101 in 1001 list too! After college I hope to move out of the midwest, so it was nice to be able to take advantage while I still live close-ish to Chicago!

Have you been to Chicago? What is your favorite thing to do there? Tell me in the comments!