I spent a day in Charleston again a few weeks ago, so I wanted to share what we did in this post! We went last year around this time too, and it seems to be a pretty popular time to go as it was pretty crowded both times. But the weather was really nice for walking around. I still think Charleston is a bit overhyped, but it can be a fun place to visit if you find good places and can avoid some of the crowds! If at all possible, I would recommend trying to go on a week day because I am sure things would be less crowded then. 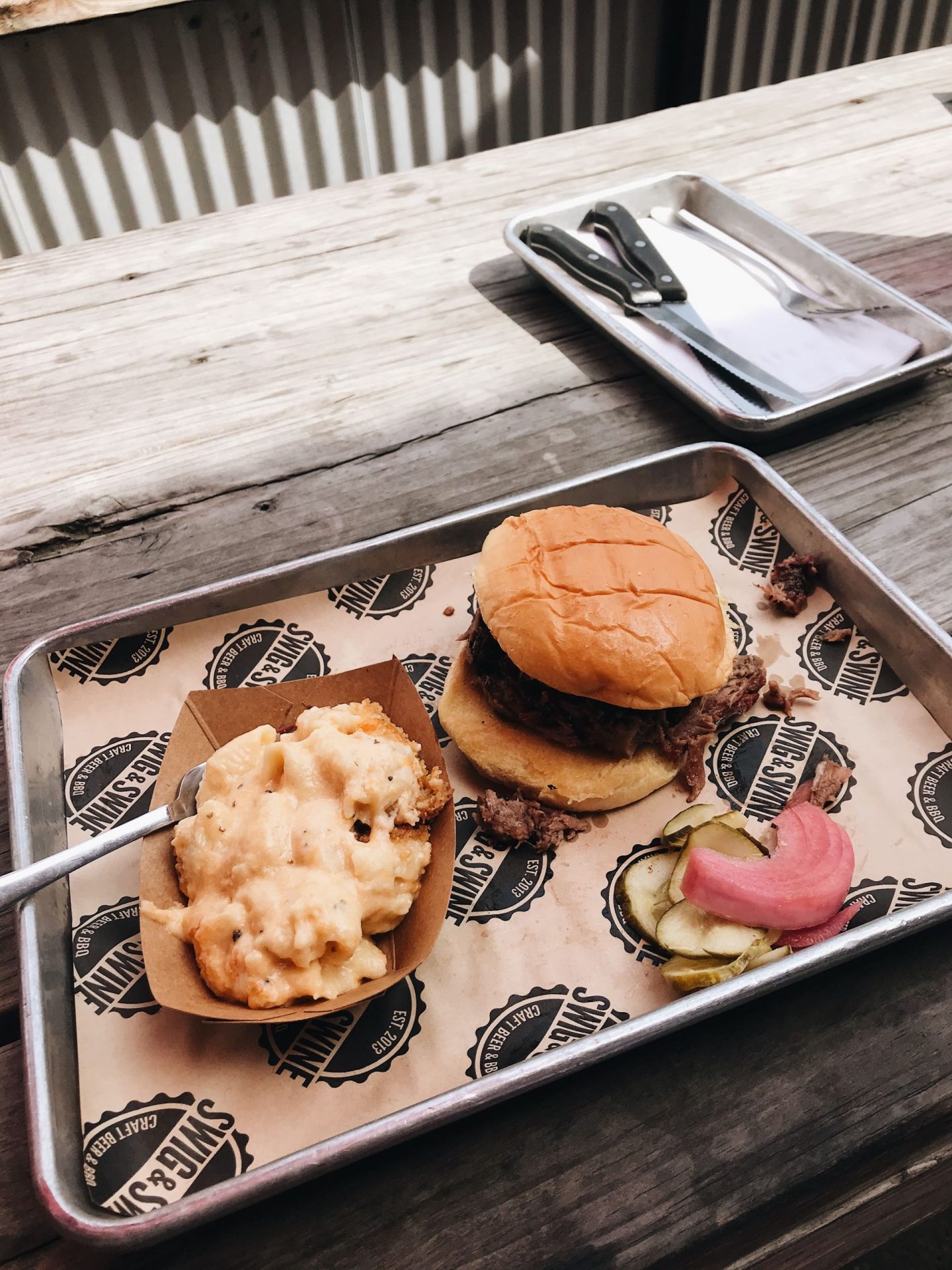 We had tried Swig & Swine last year, and this picture is actually from that. I got the same thing since it was so good last time, and I have to say it wasn’t as good this time. The Mac n cheese is still really good though! 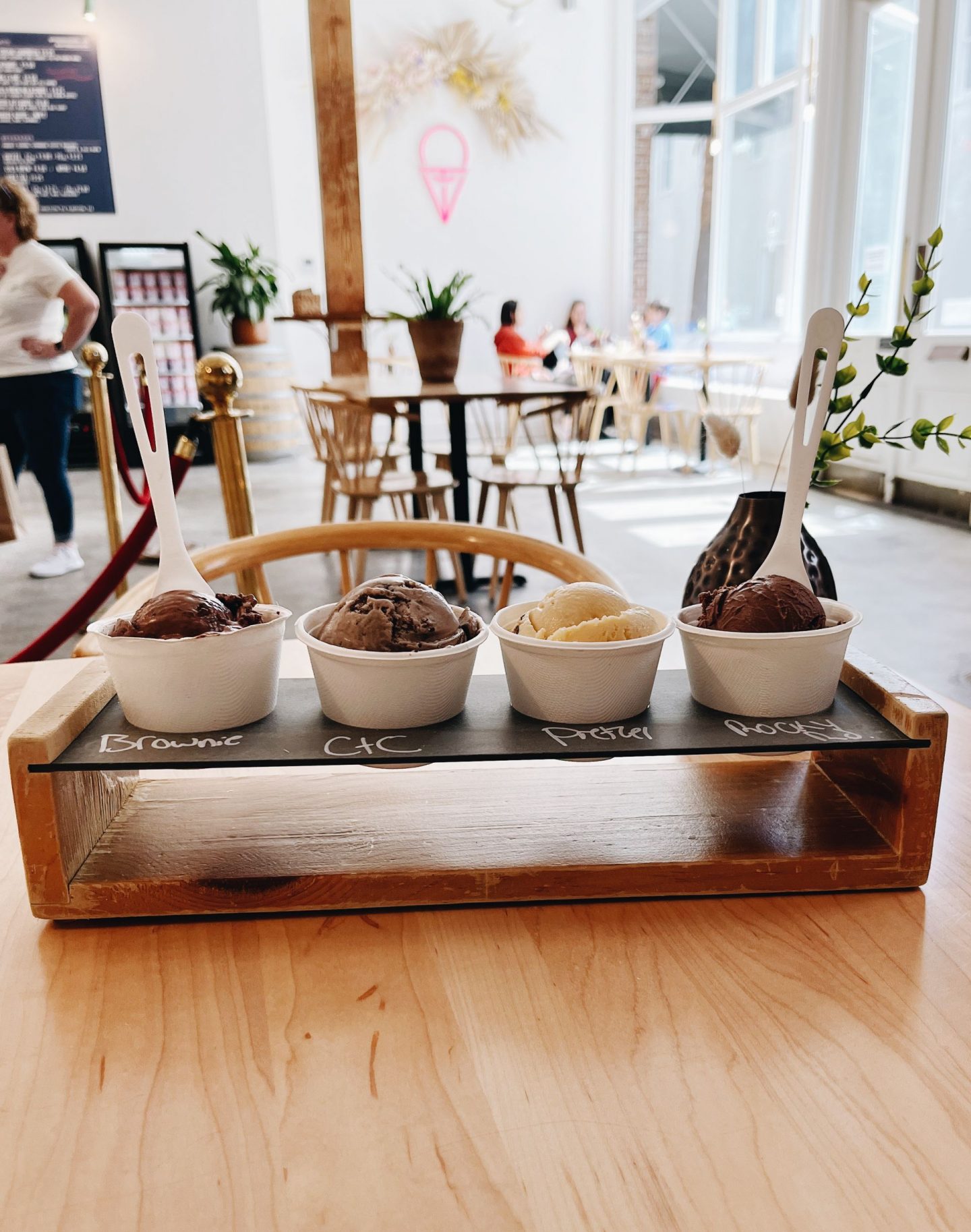 Next I had found a place called Off Track Ice Cream in downtown Charleston where they made their ice cream from scratch. If it isn’t clear from my previous travel posts, one of my favorite parts of traveling is trying new and unique ice cream places. This one was delicious and is definitely one I would go back to. I would highly recommend their ice cream flights, so you can try 4 flavors. We split one flight and it was cheaper than getting two separate ice creams anyways. The cookies and cream and the salted caramel pretzel were our two favorites. 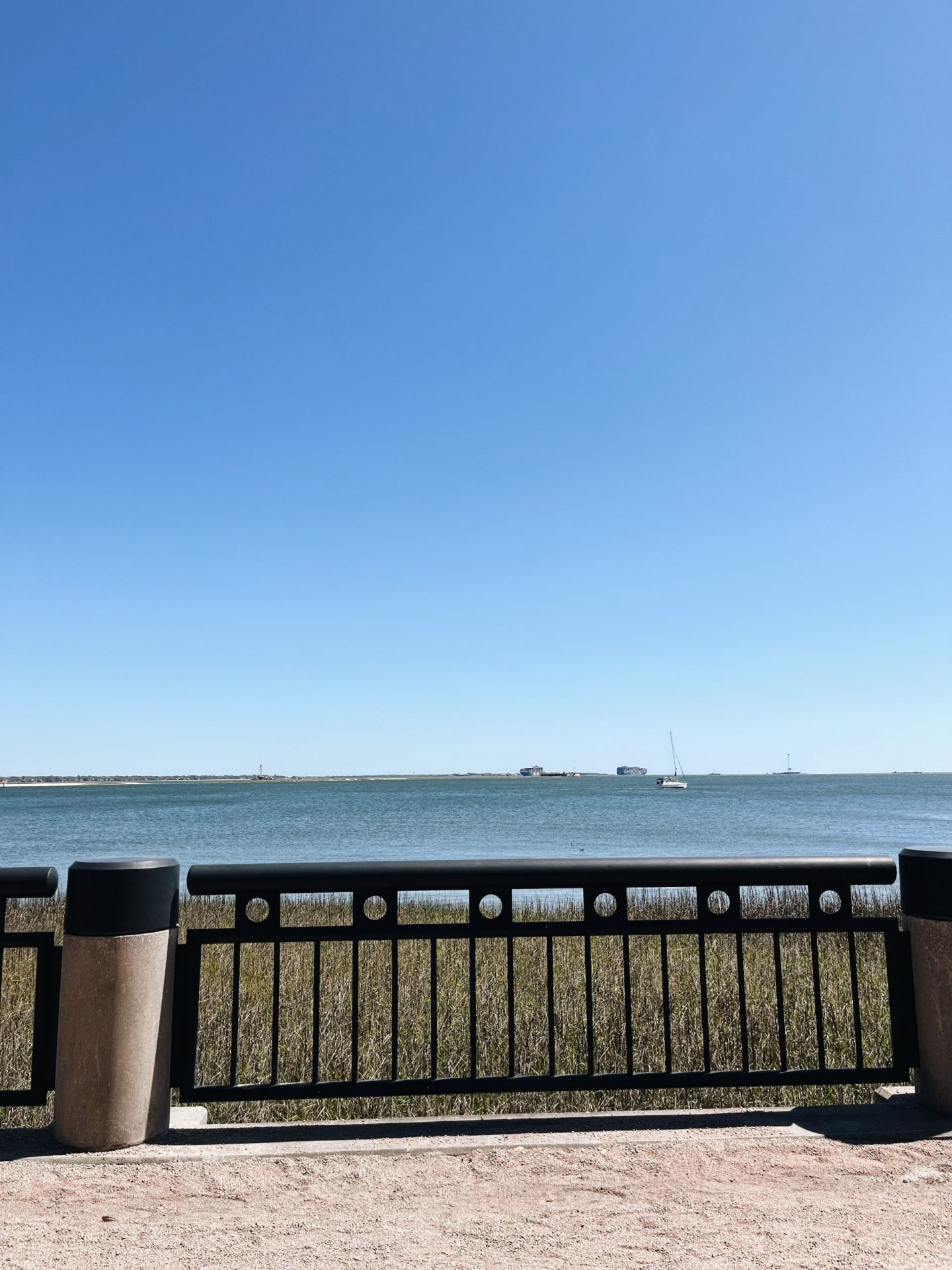 We then went to the markets downtown and walked around, and ended up at a waterfront park. It was fun to sit there for a bit by the water and watch all the people walking by! 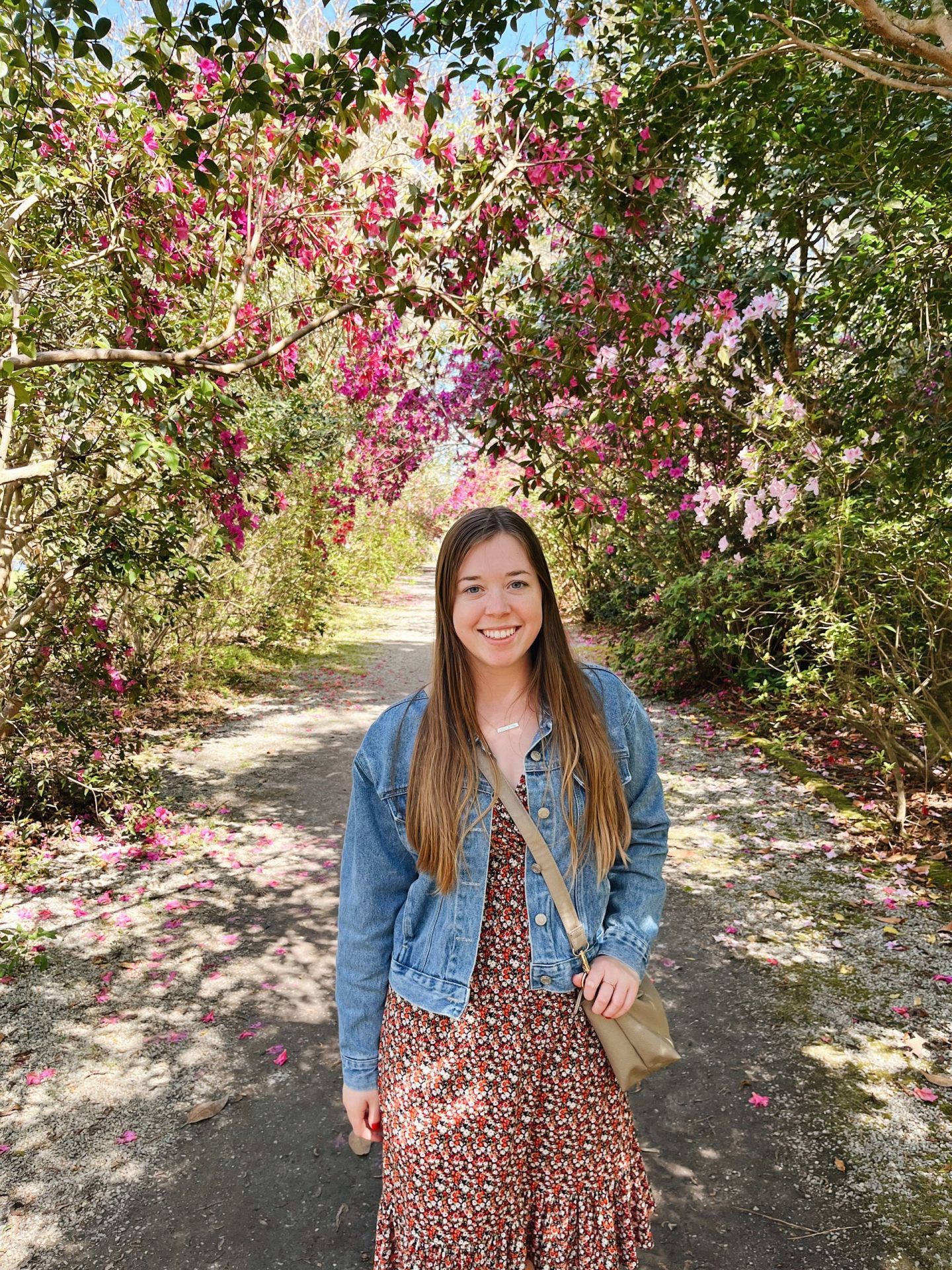 Next we went to Magnolia Plantation to walk around and see all the pretty flowers. 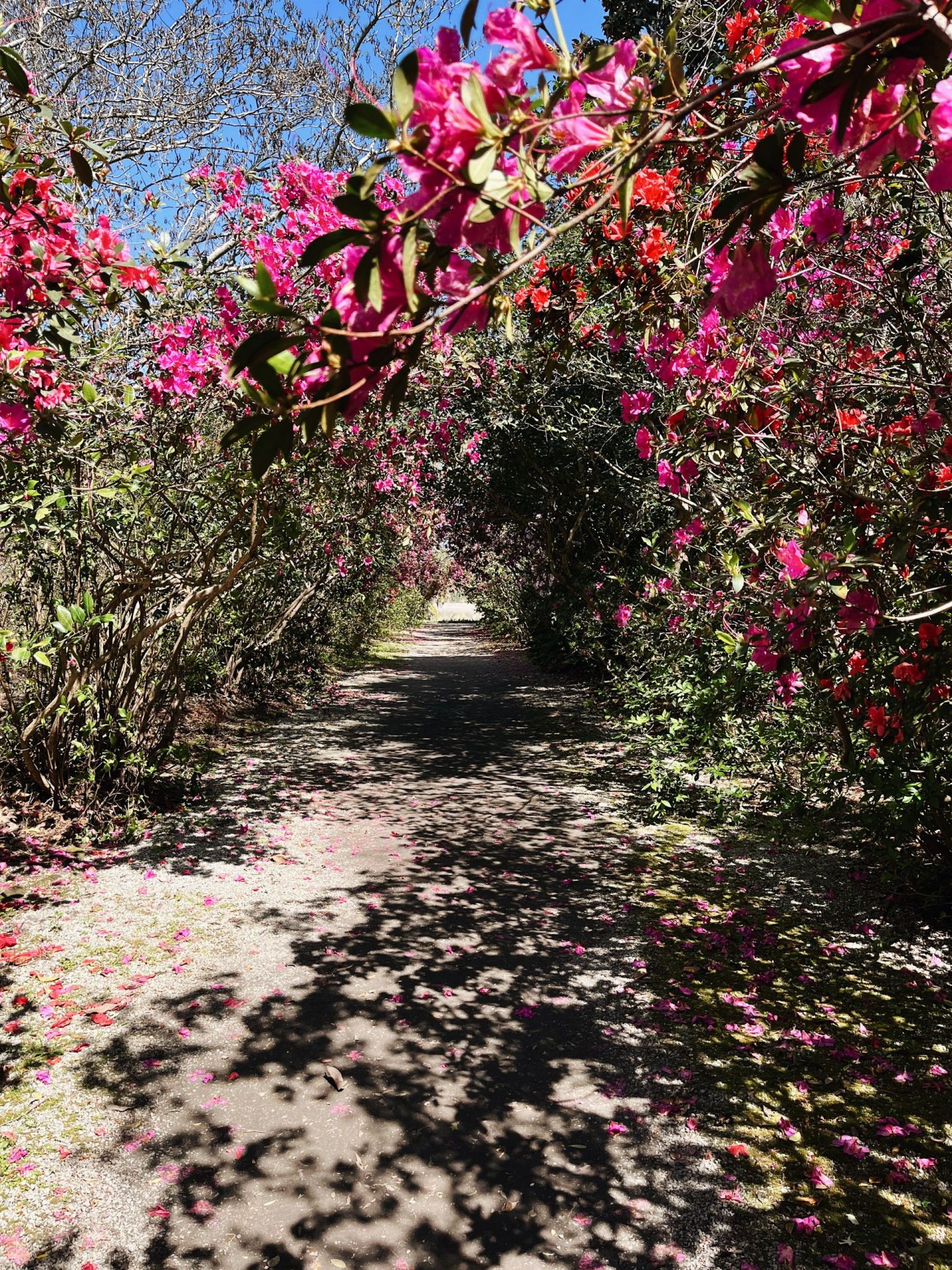 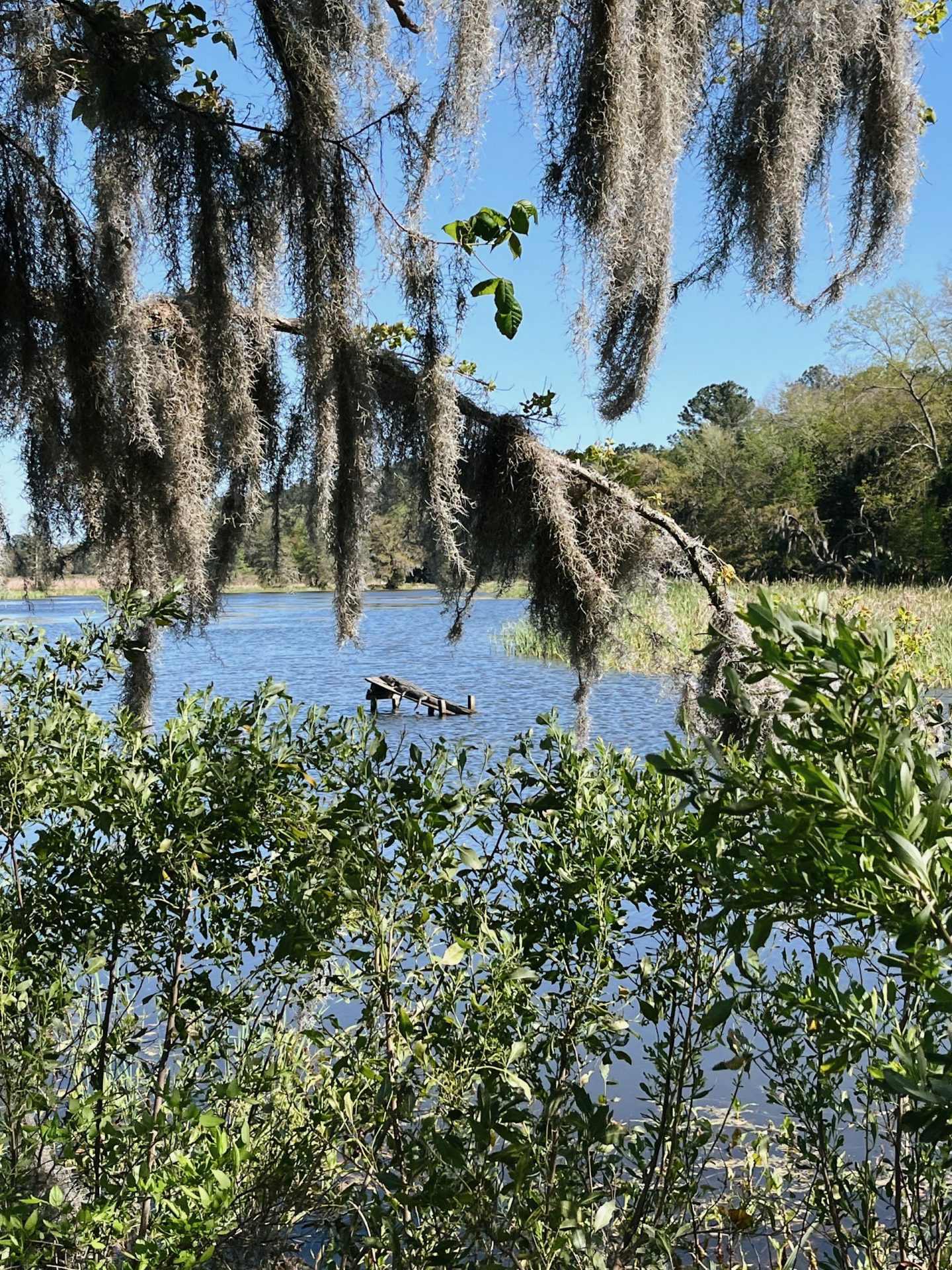 We ended up going too far out and finding a lake with some alligators in it at one point, which was cool to see! But I would recommend staying on the paths in the plantation unless you want a loooong walk. 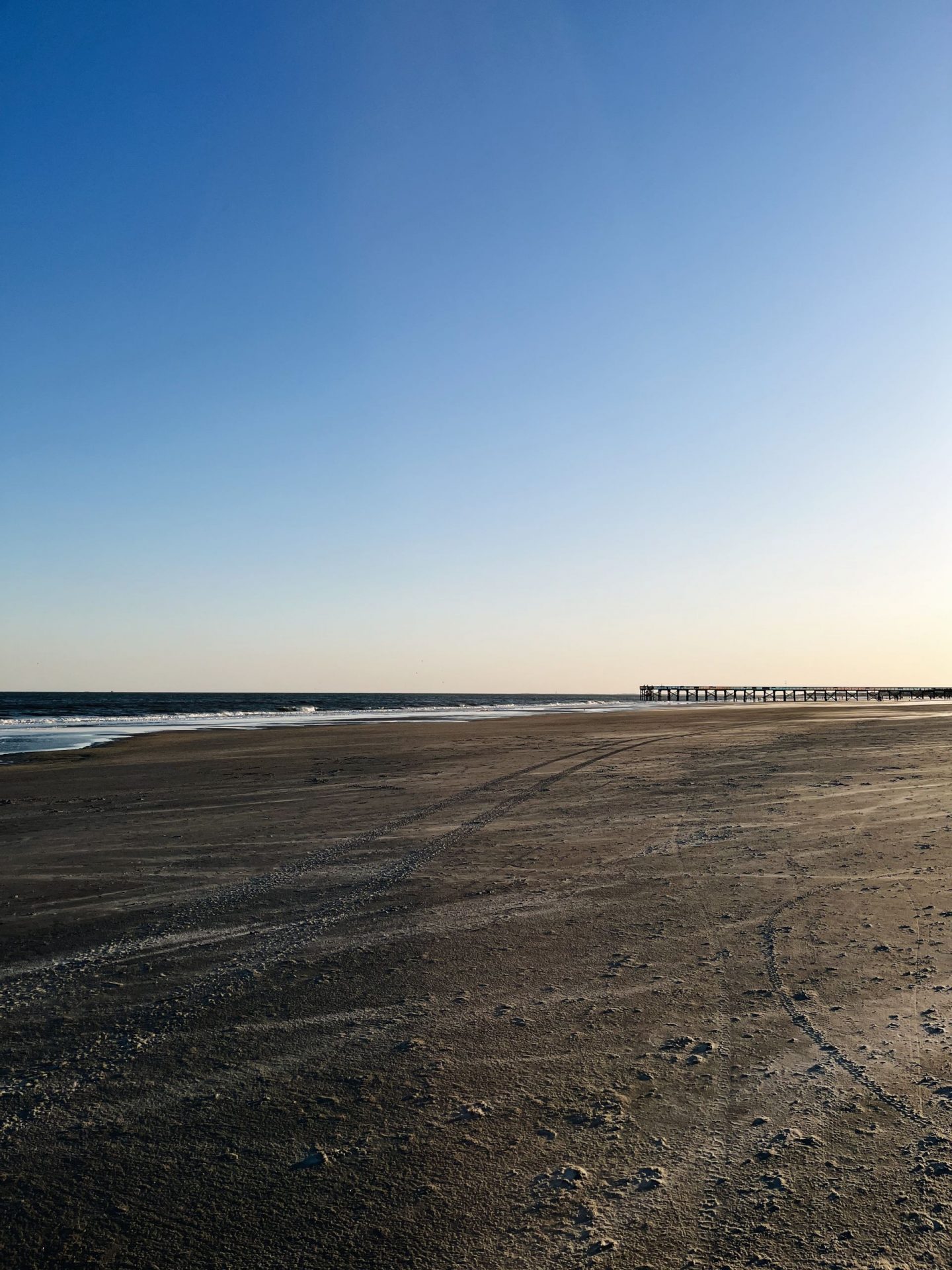 Next we went to Tavern and Table for dinner. It claims to be on the water, but it wasn’t really a great view as it is just on a little strip of water and not facing the actual ocean. The food was fairly good, but overall I would look into other places over that.

After dinner, we went over to Isle of Palms because I hadn’t been to that island yet. I think it was my favorite out of Sullivan’s Island and Folly Beach, and I might go back there for a beach day sometime this summer!

That wraps up how I  spent a day in Charleston! If you have been to Charleston, let me know what is your favorite place there!