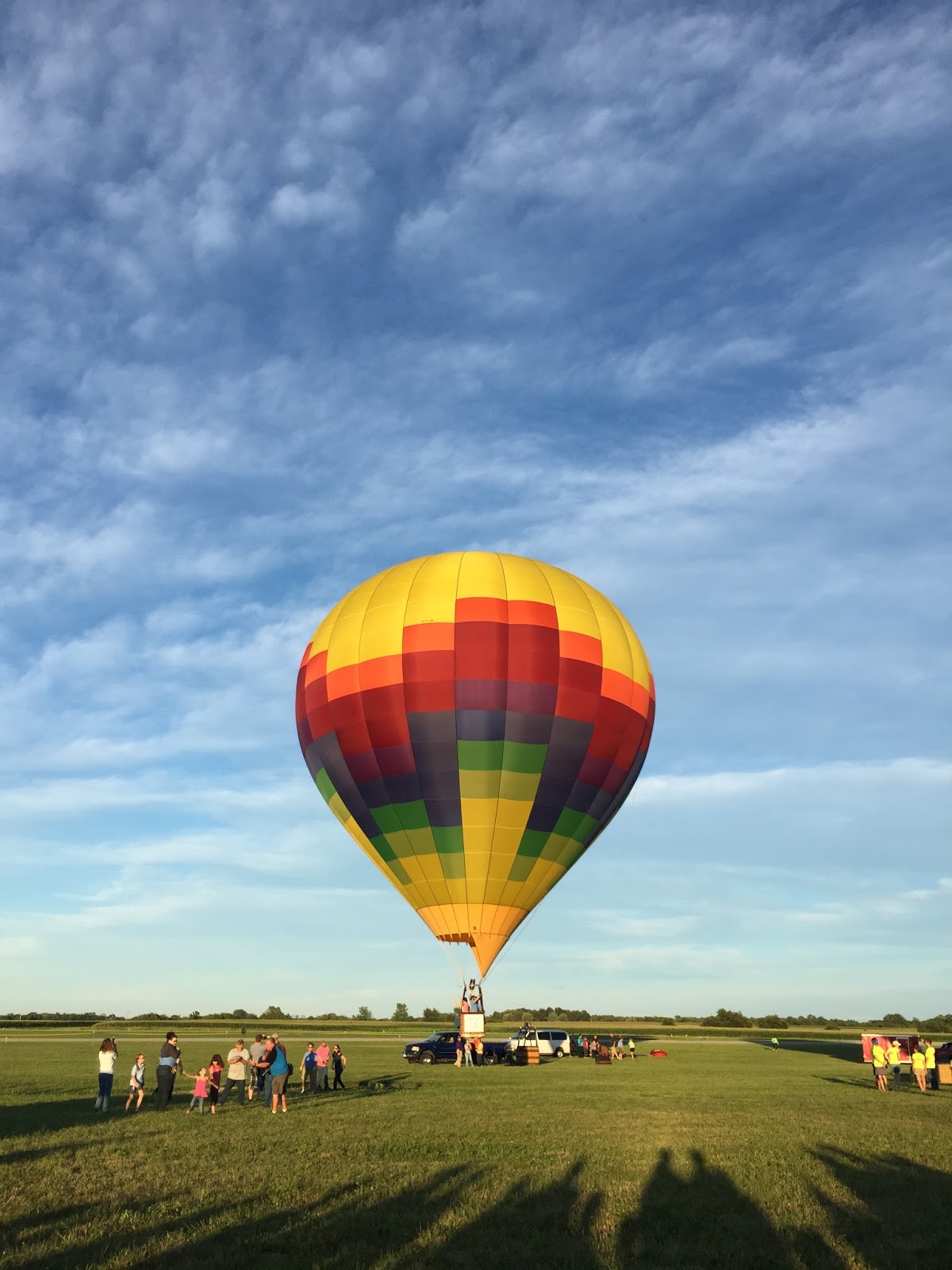 Two weekends ago I went to my first balloon show in probably 10 years. When I was little we used to have hot air balloons fly all the time in my town, and a few balloon shows within an hour or two of where I lived. My family even went to the Albuquerque Balloon Fiesta in in 2005, which is one of the largest balloon shows in the world. But for the past 5-10 years, there has been sort of a “balloon drought,” if you will. So when we found out that there was going to be a balloon show fairly close to where we live this summer, we were quite excited! This particular town used to host a balloon show when I was little, but they hadn’t held one since 2001. Checkout my video for some pictures from that show. 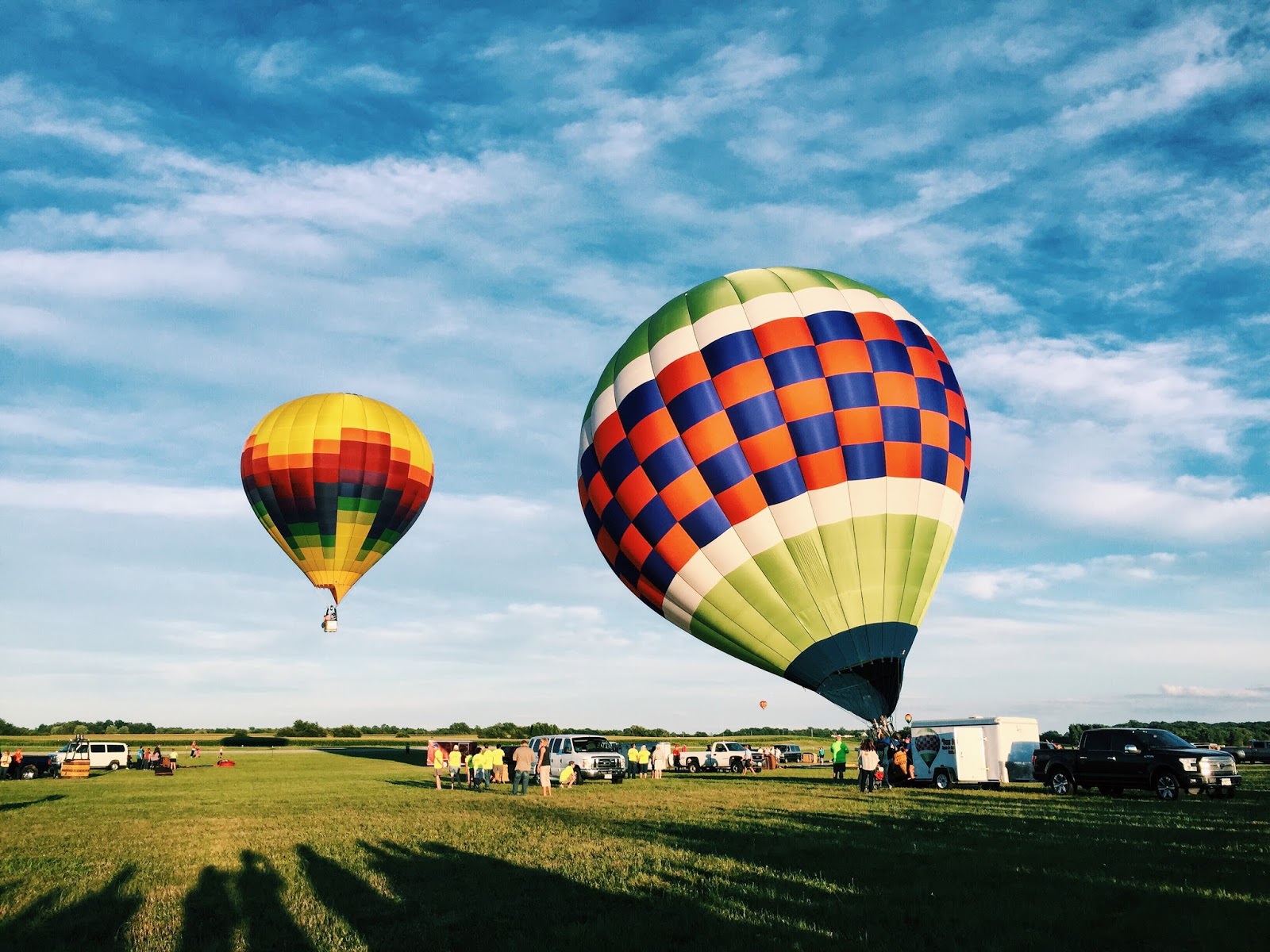 It was a 2 night event, and the first night it ended up being slightly too windy. The wind has to be under 10 mph for the balloons to launch, and it was hovering right around there. About a dozen ended up taking flight, while some (like this green one with the orange and blue checks) struggled too much to fly. 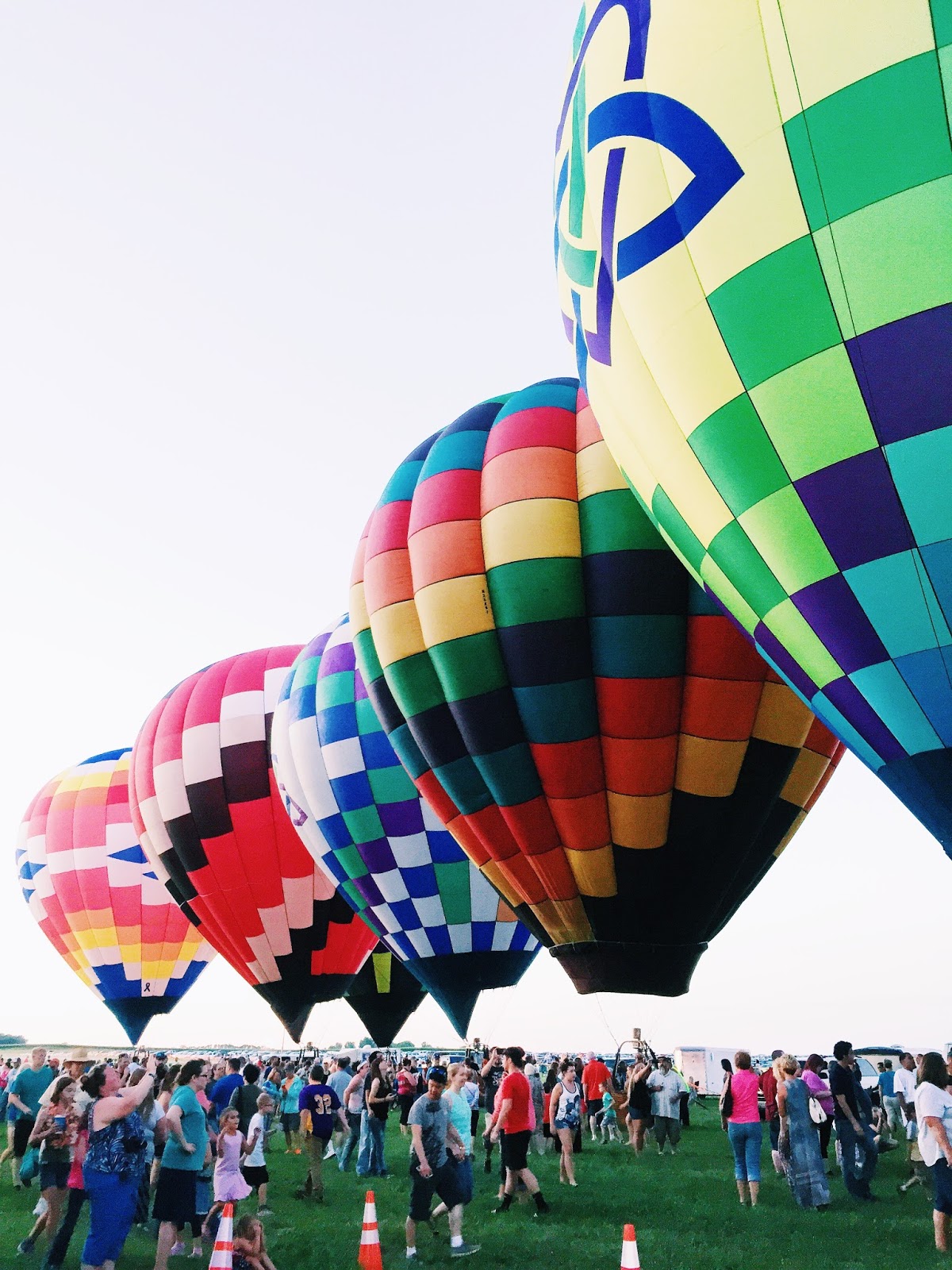 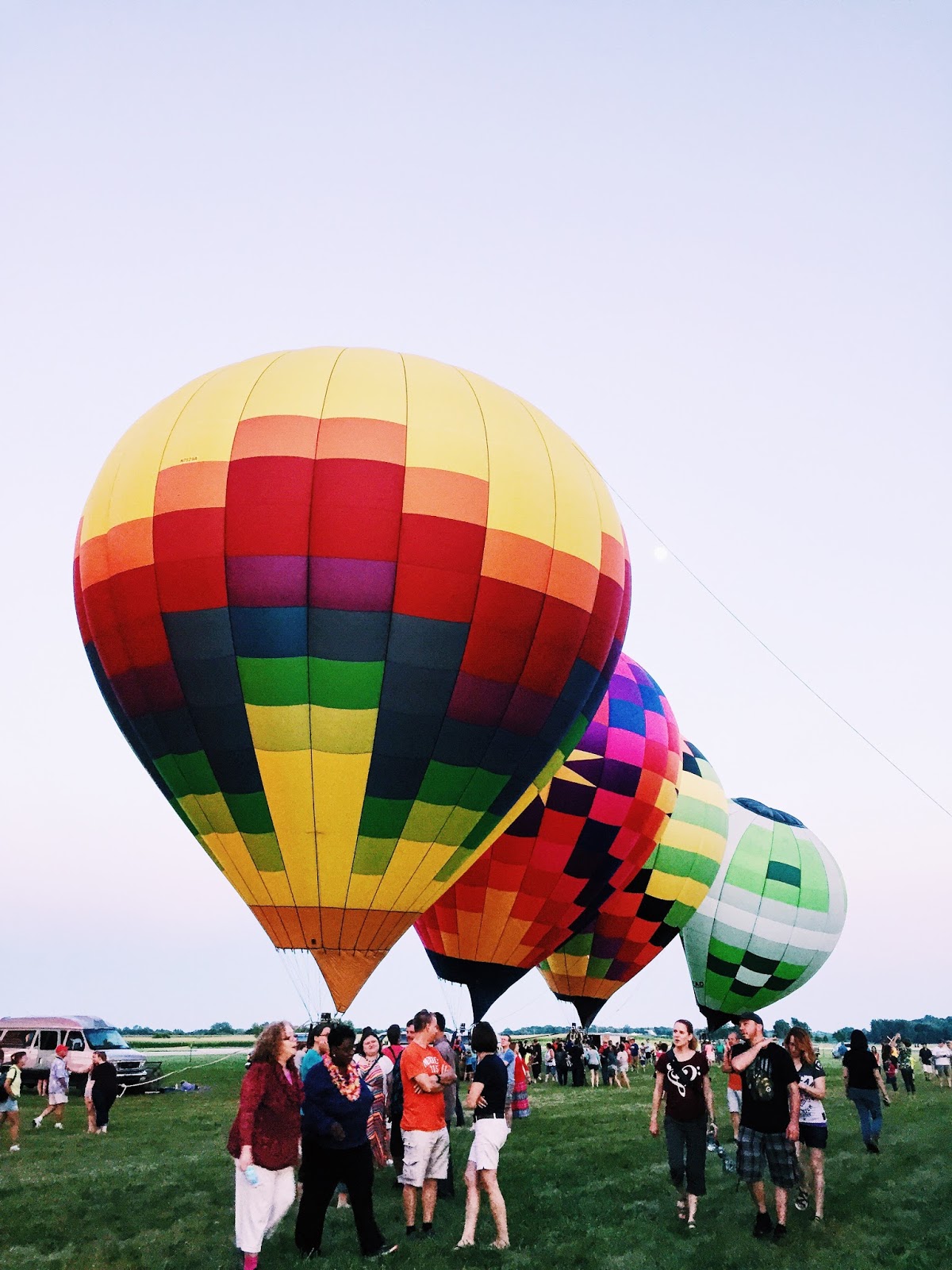 The next night we had the opposite problem. There was basically no wind, which meant the balloons wouldn’t really go anywhere. They still had balloon glows once it got dark each night, and the second night they actually let the spectators come onto the field and walk among the balloons. This is super unusual, and most shows don’t let you do this. I believe the only time I had done it before was in Albuquerque! Of course, being among the balloons gave me the perfect opportunity to get good pictures and video! 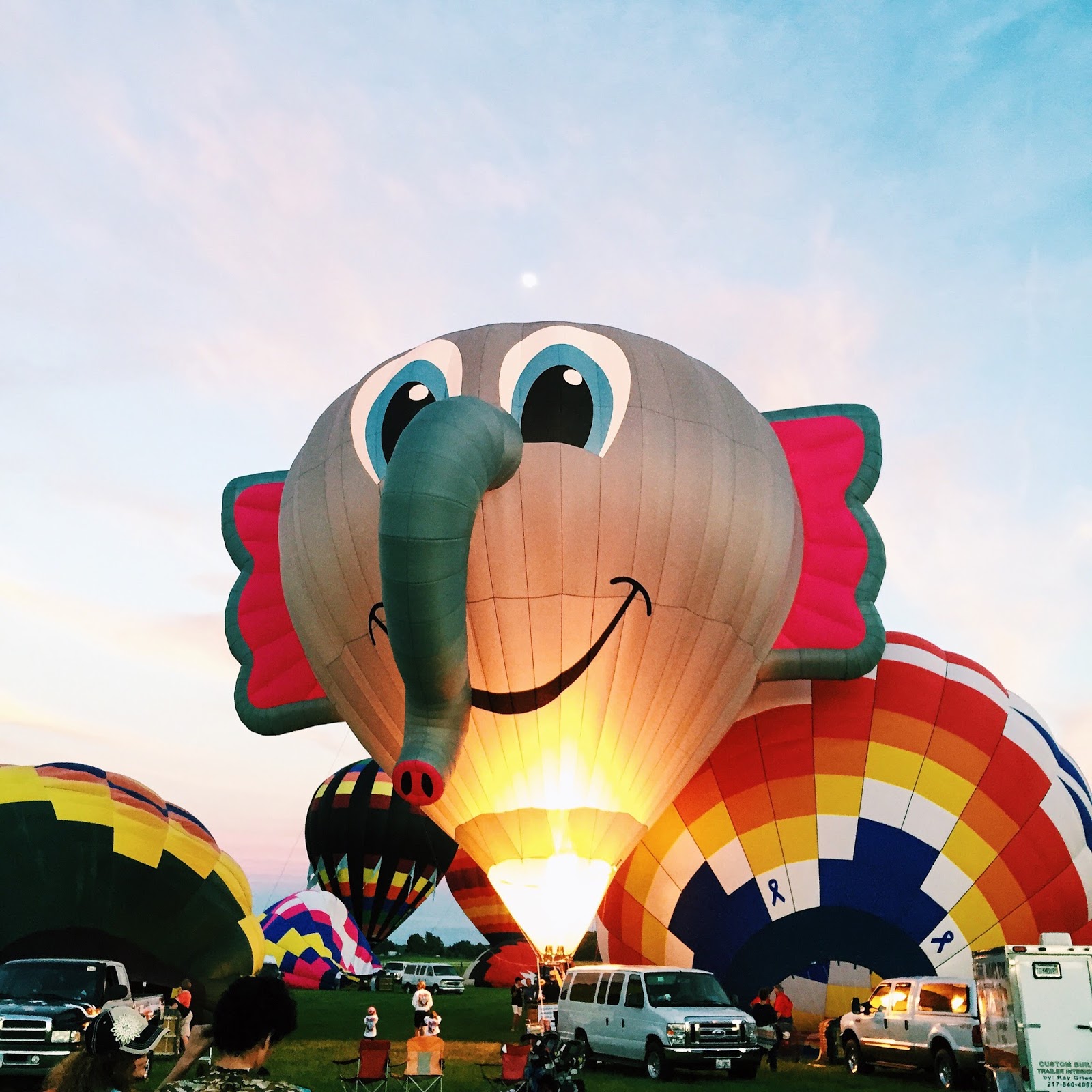 I really like elephants, so this balloon was one of my favorites! Unfortunately, my cat Chester does not feel the same way as I do about this balloon (or balloons in general). One time a few years ago this balloon flew over our house while he was outside and he was terrified of it. 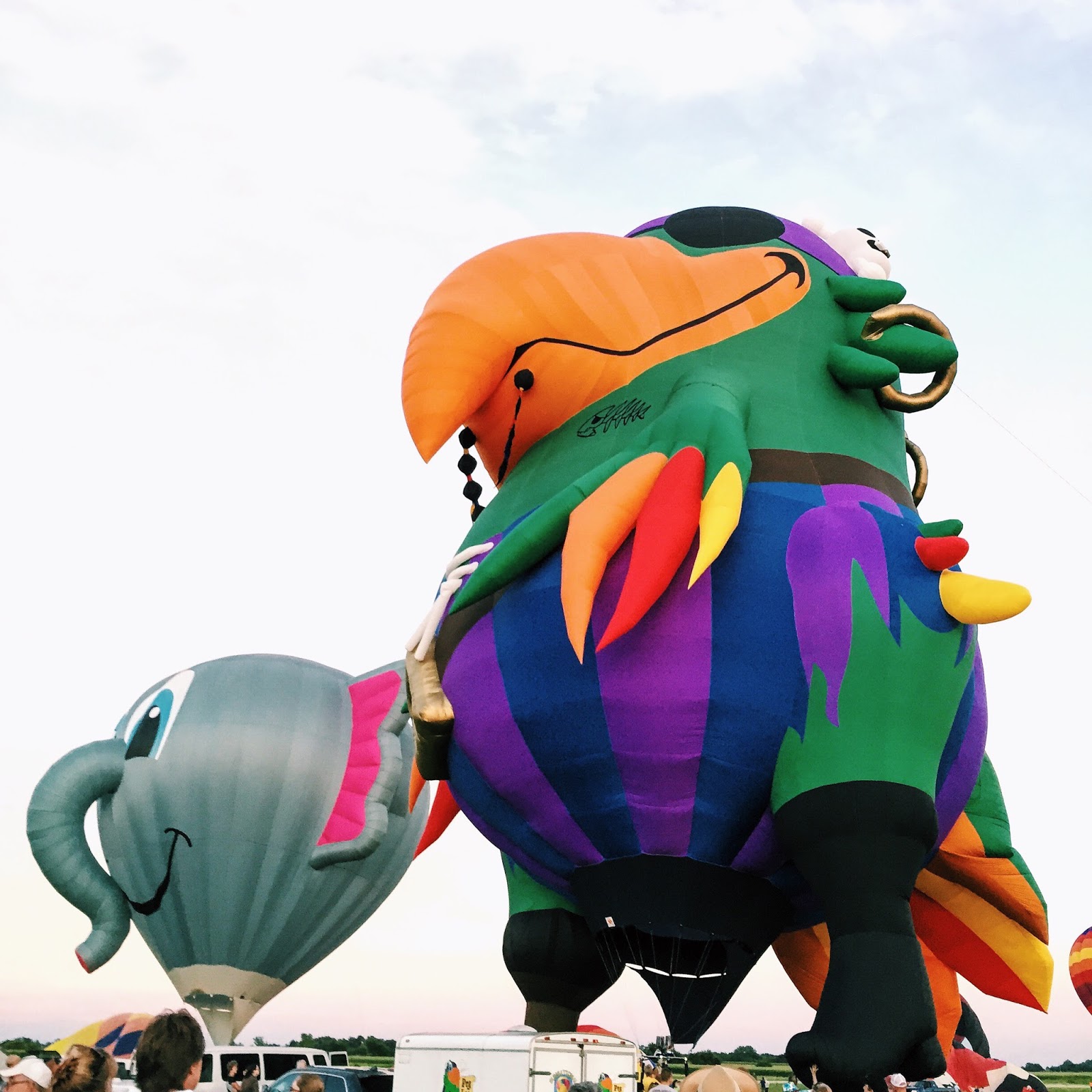 These were the only 2 special shapes at this show, but how cool are they both?! 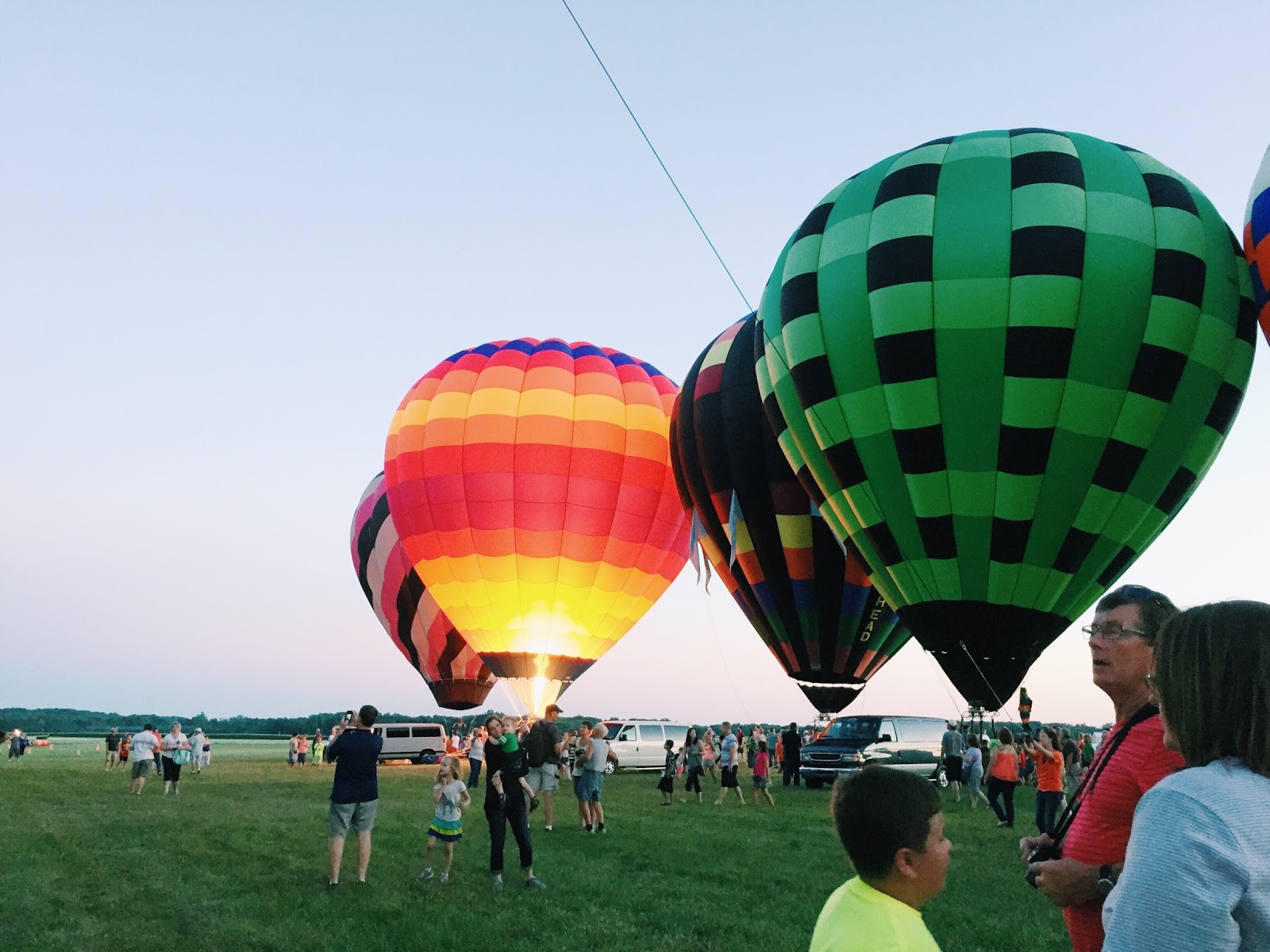 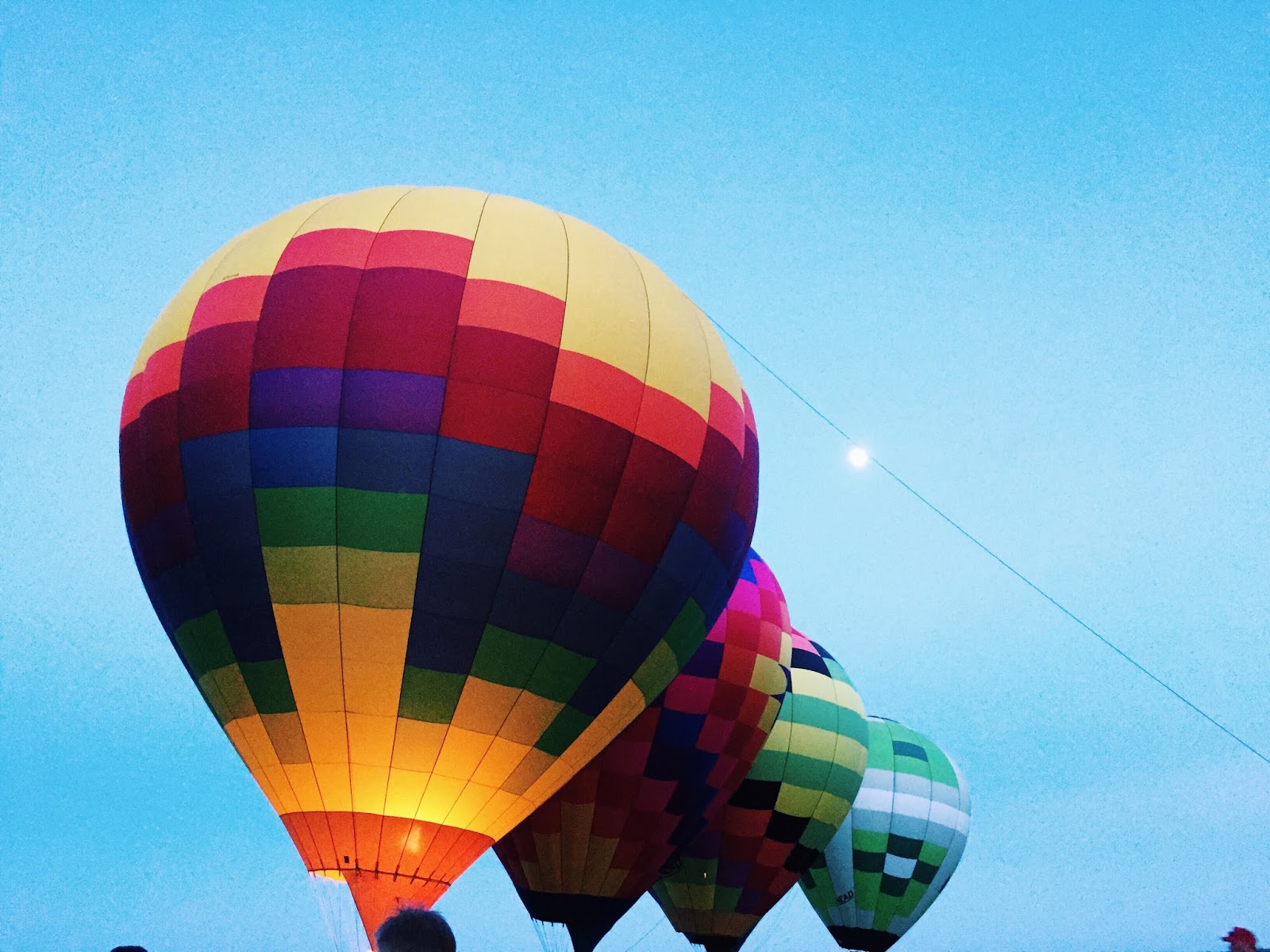 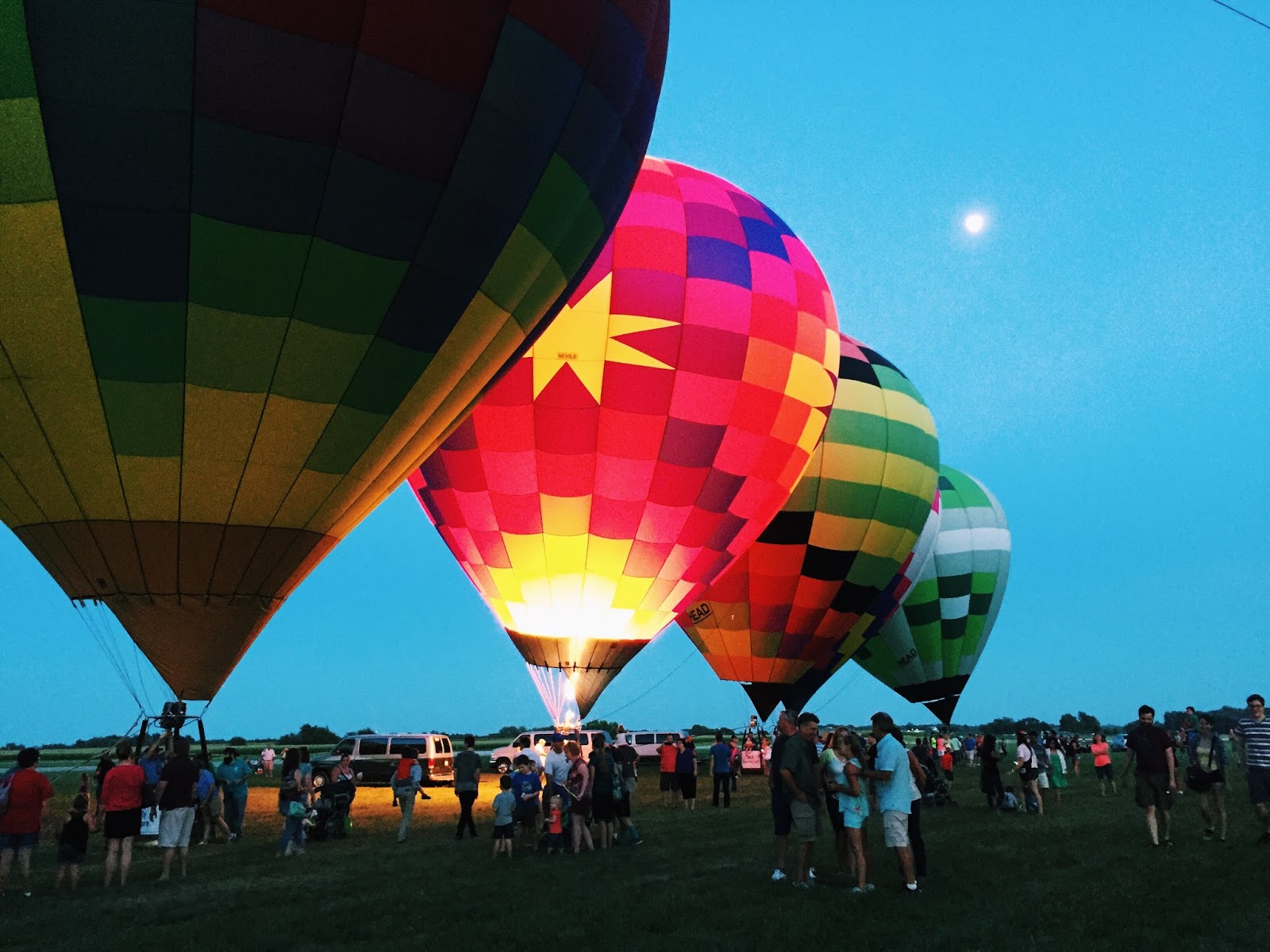 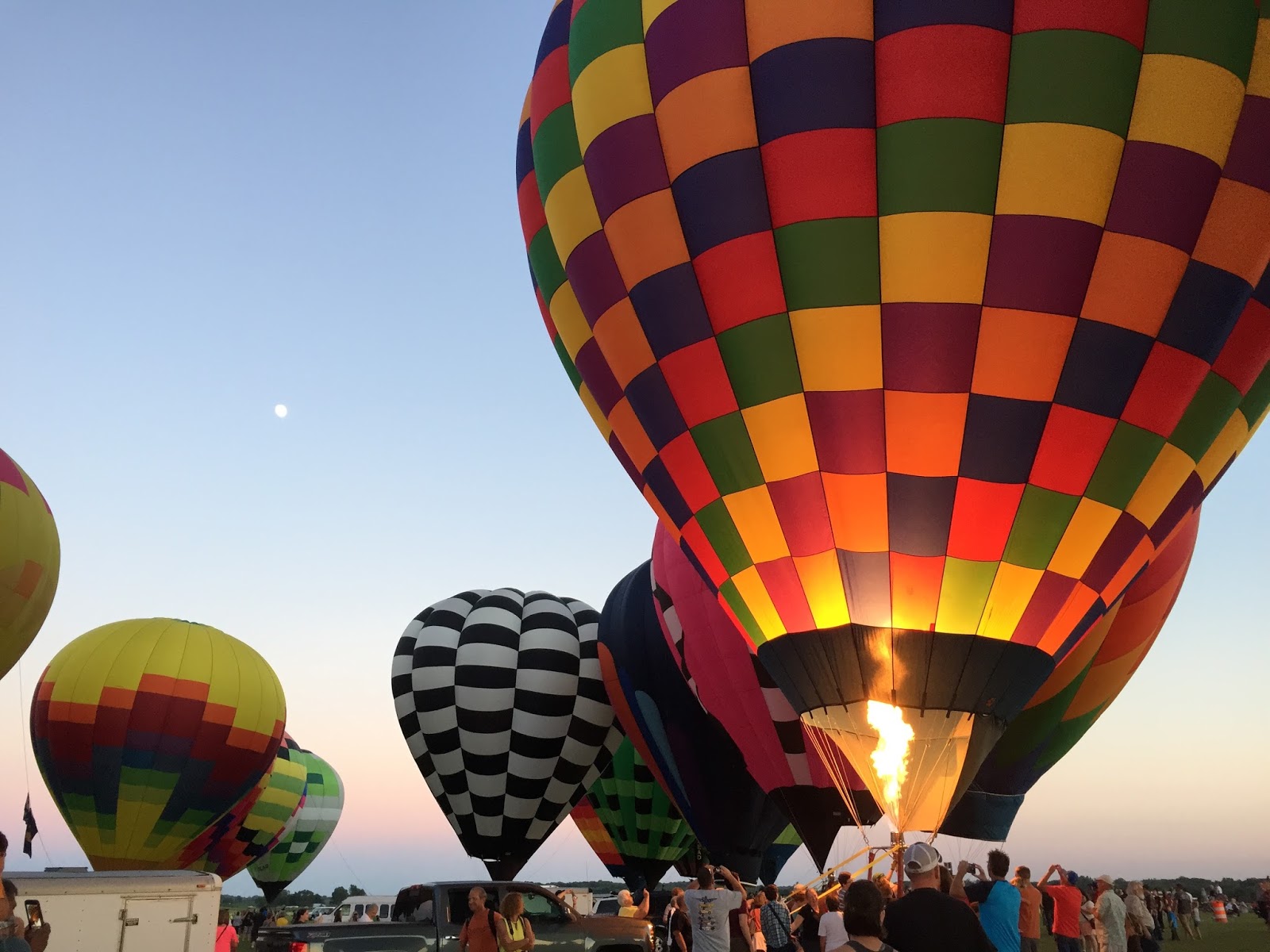 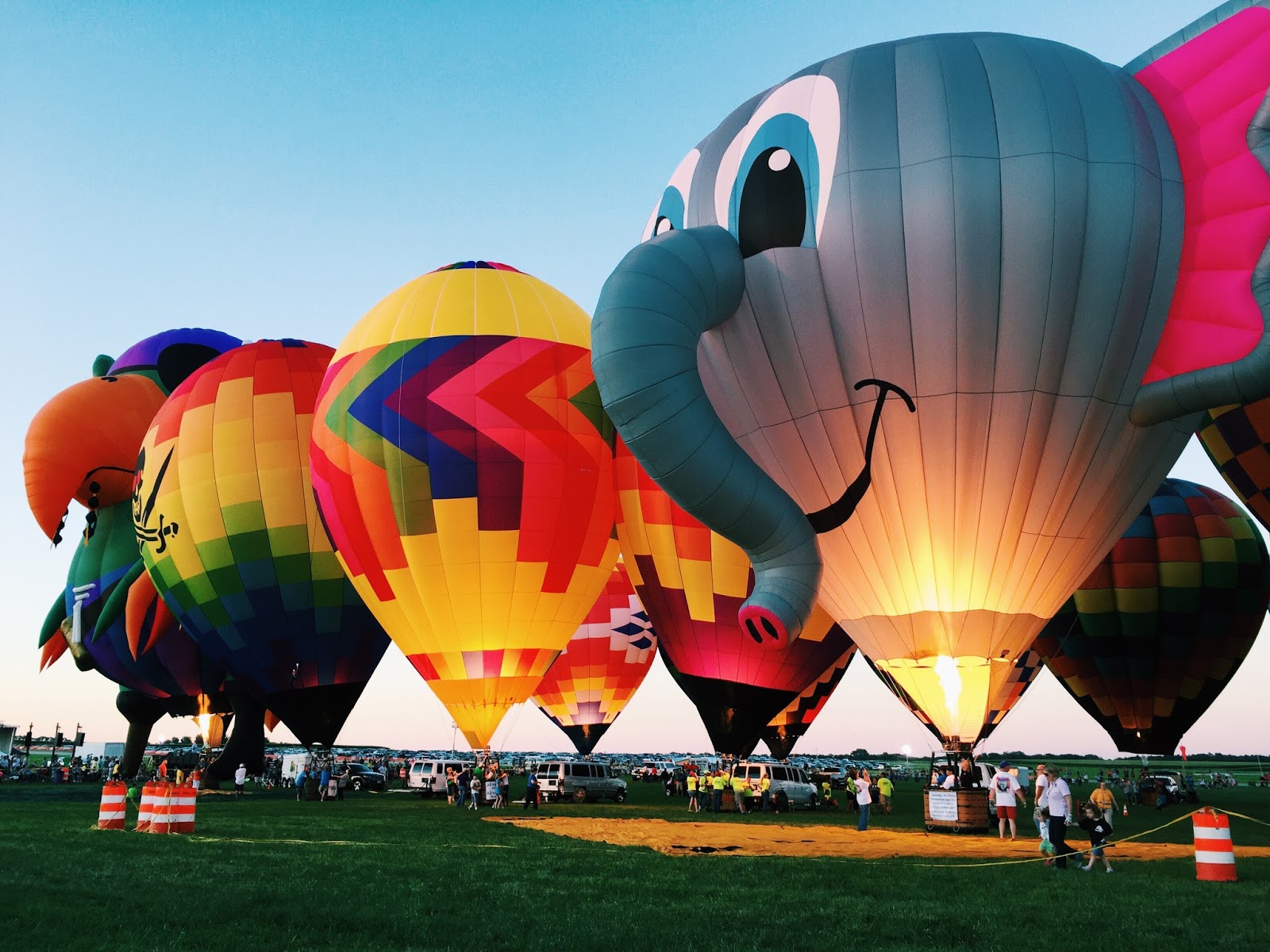 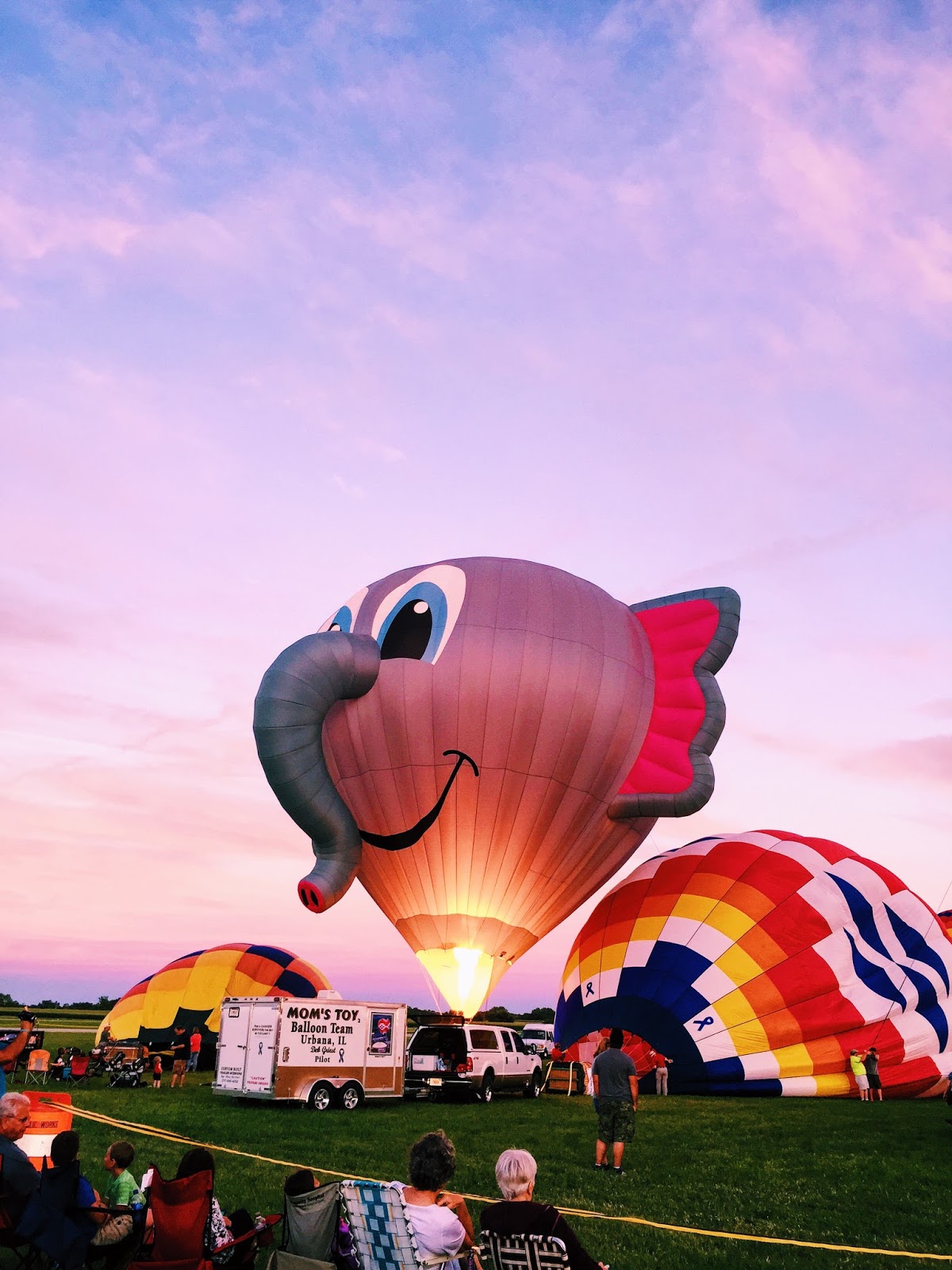 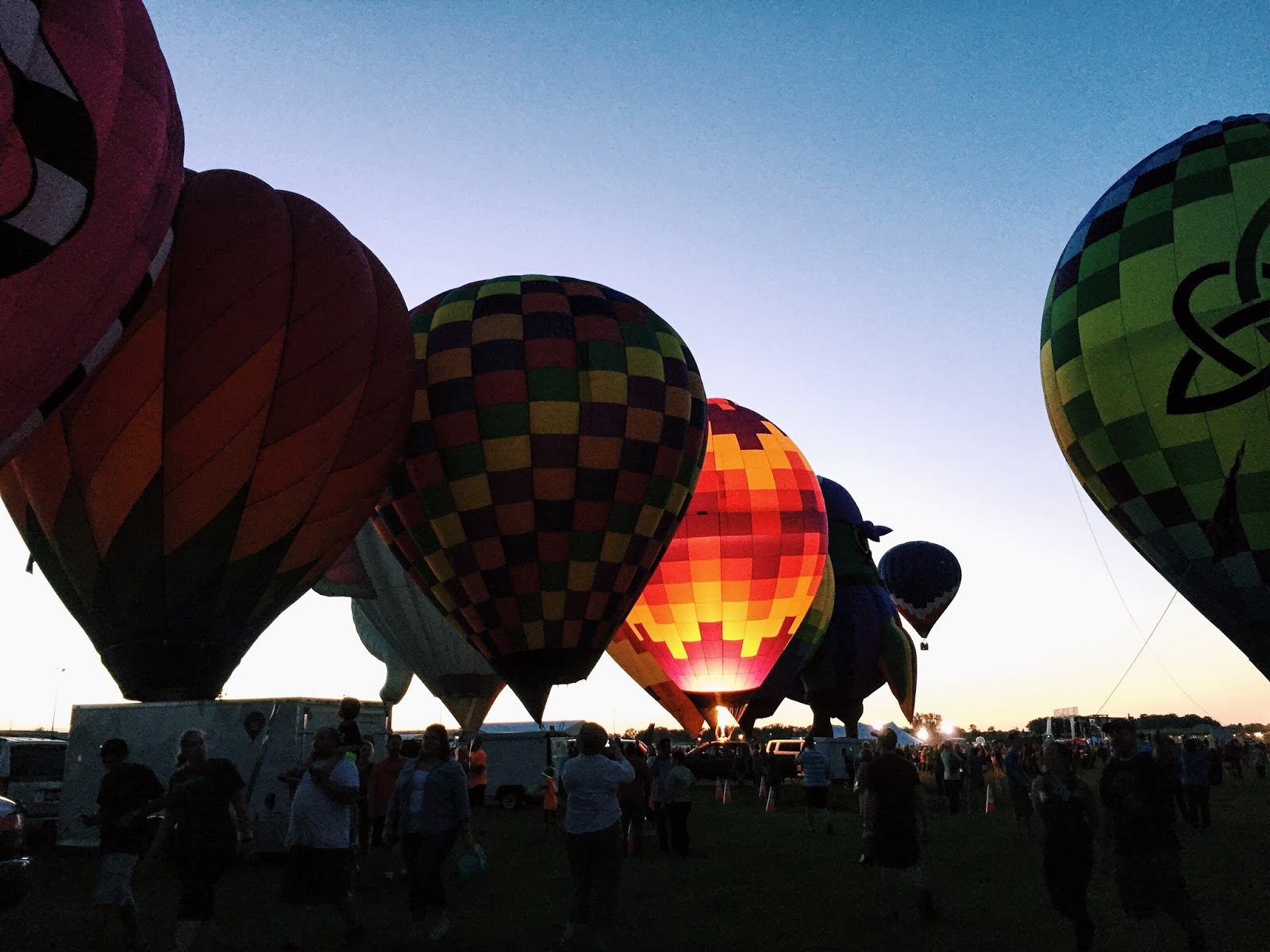 The balloon that is lit up in this picture is the balloon of the pilot that I rode with years ago! If you ever get the chance to ride in a hot air balloon, I highly recommend. It such a cool experience and it is so peaceful when you are floating so high up! 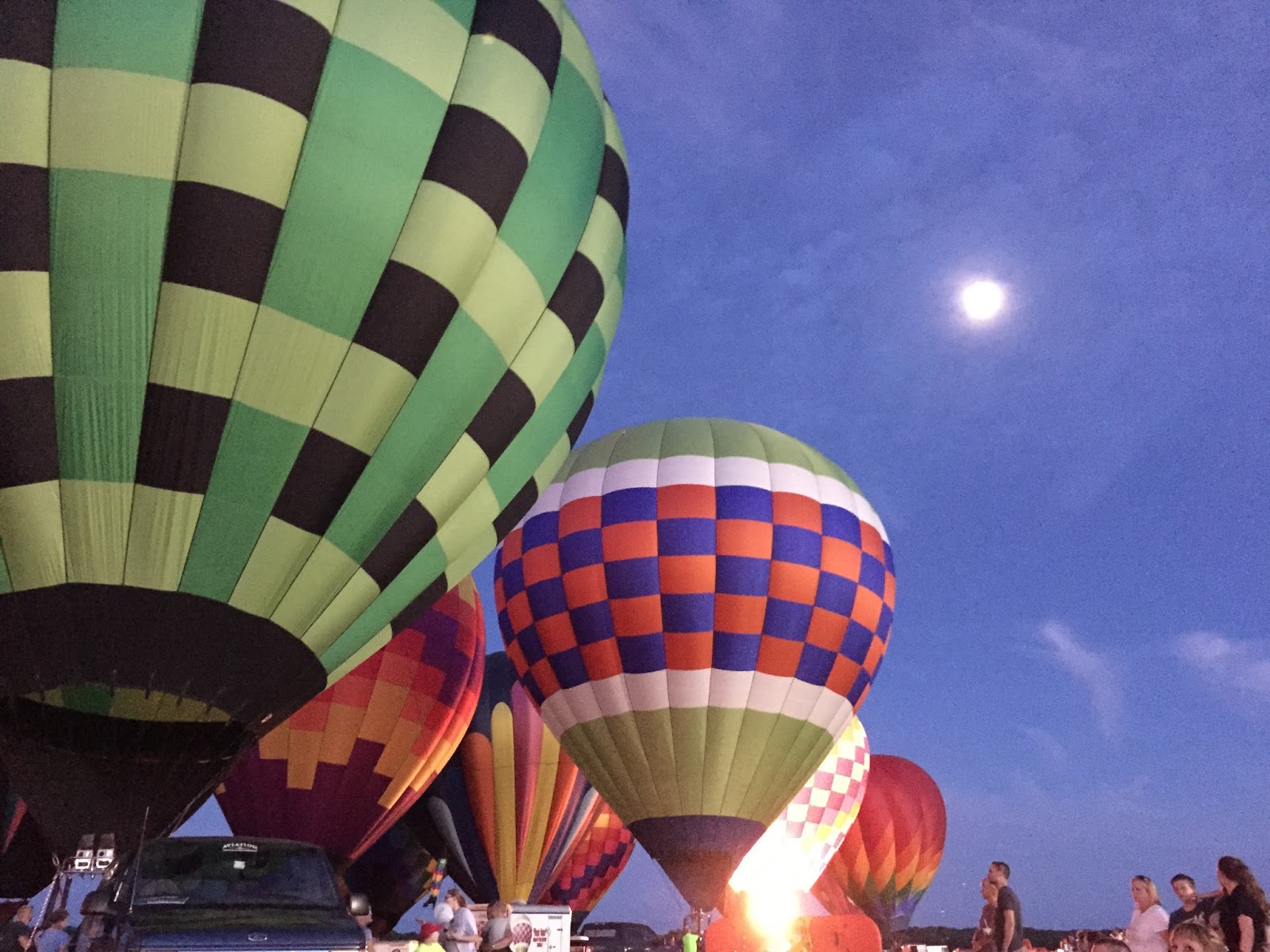 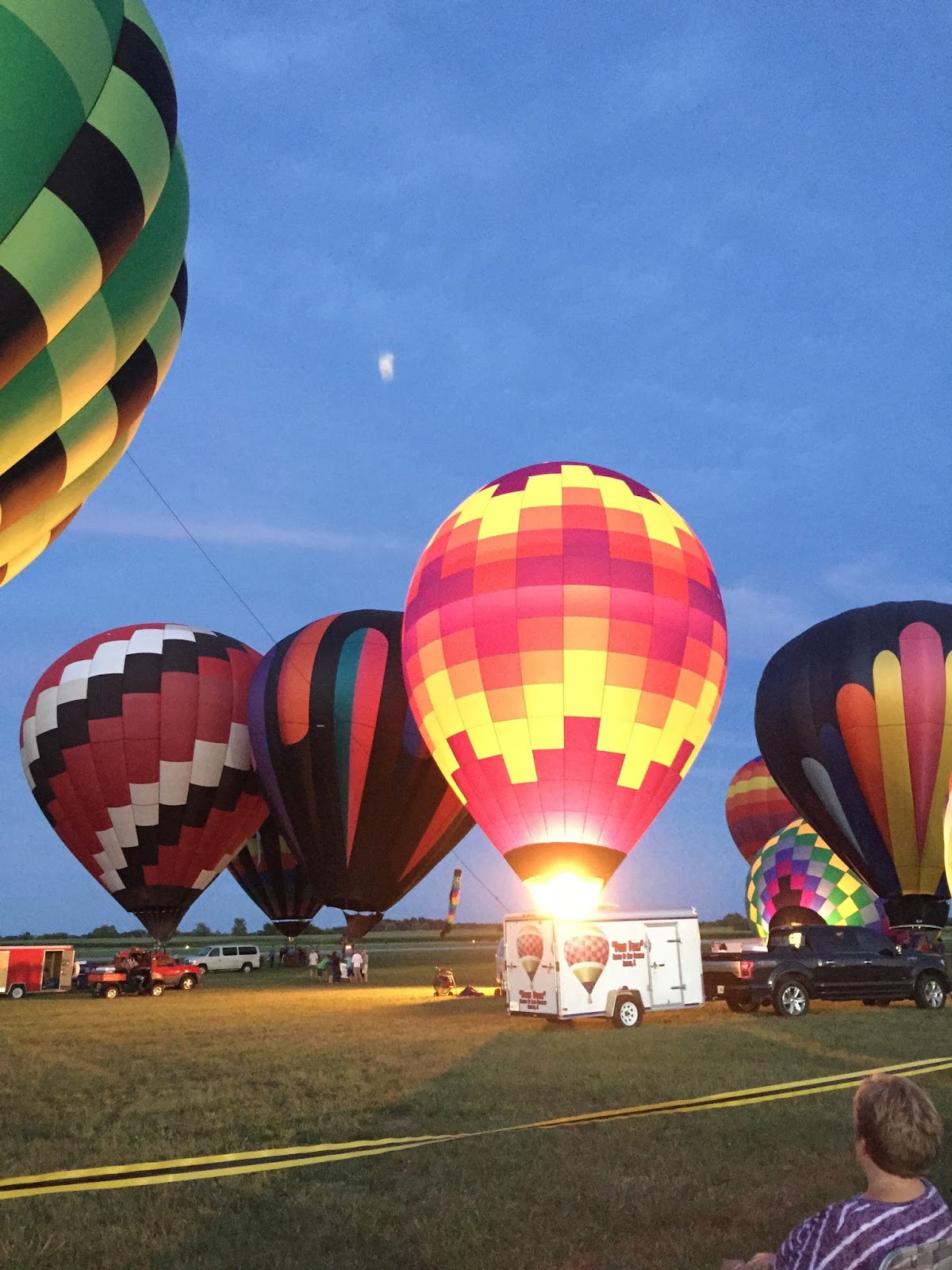 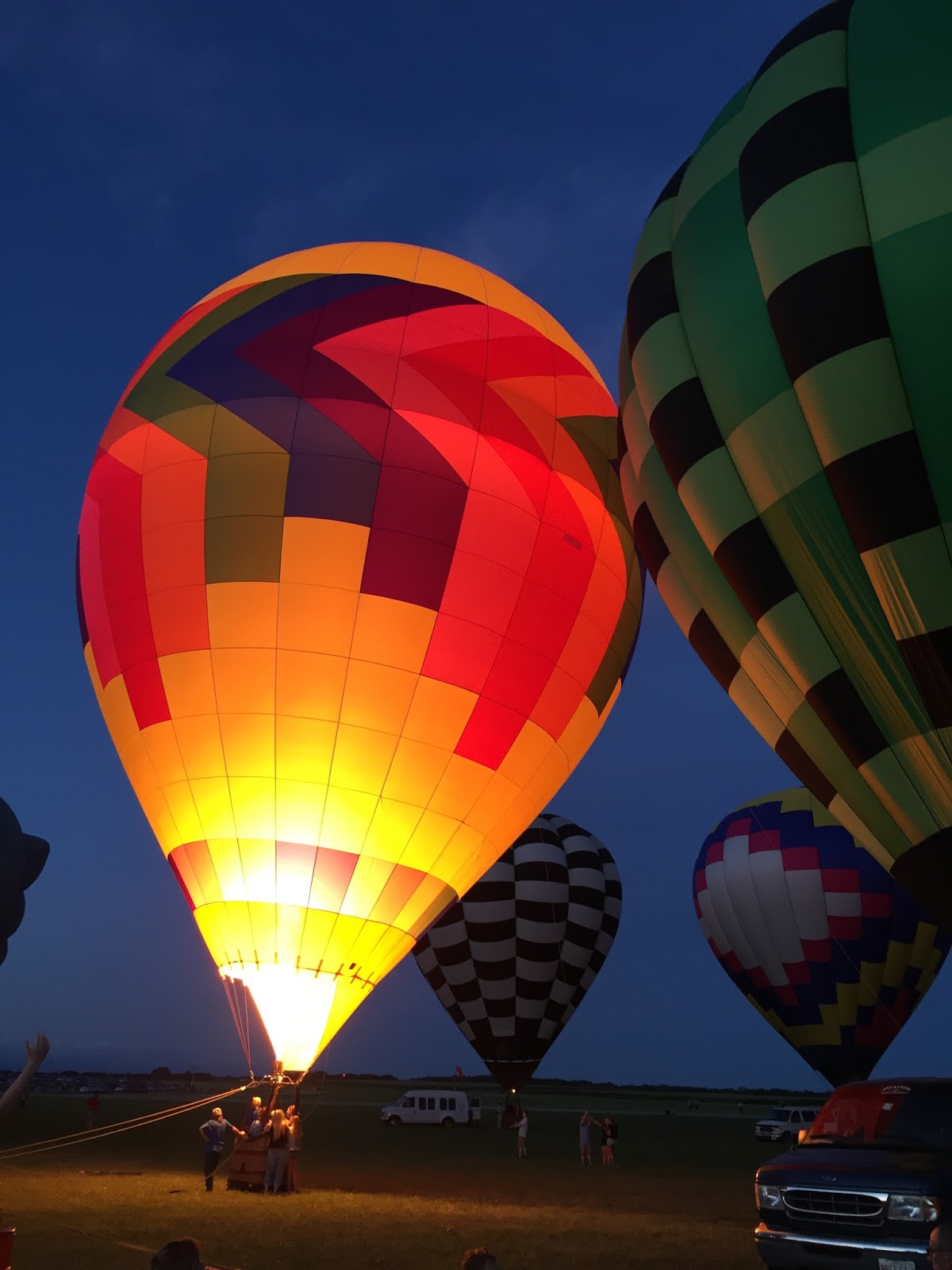 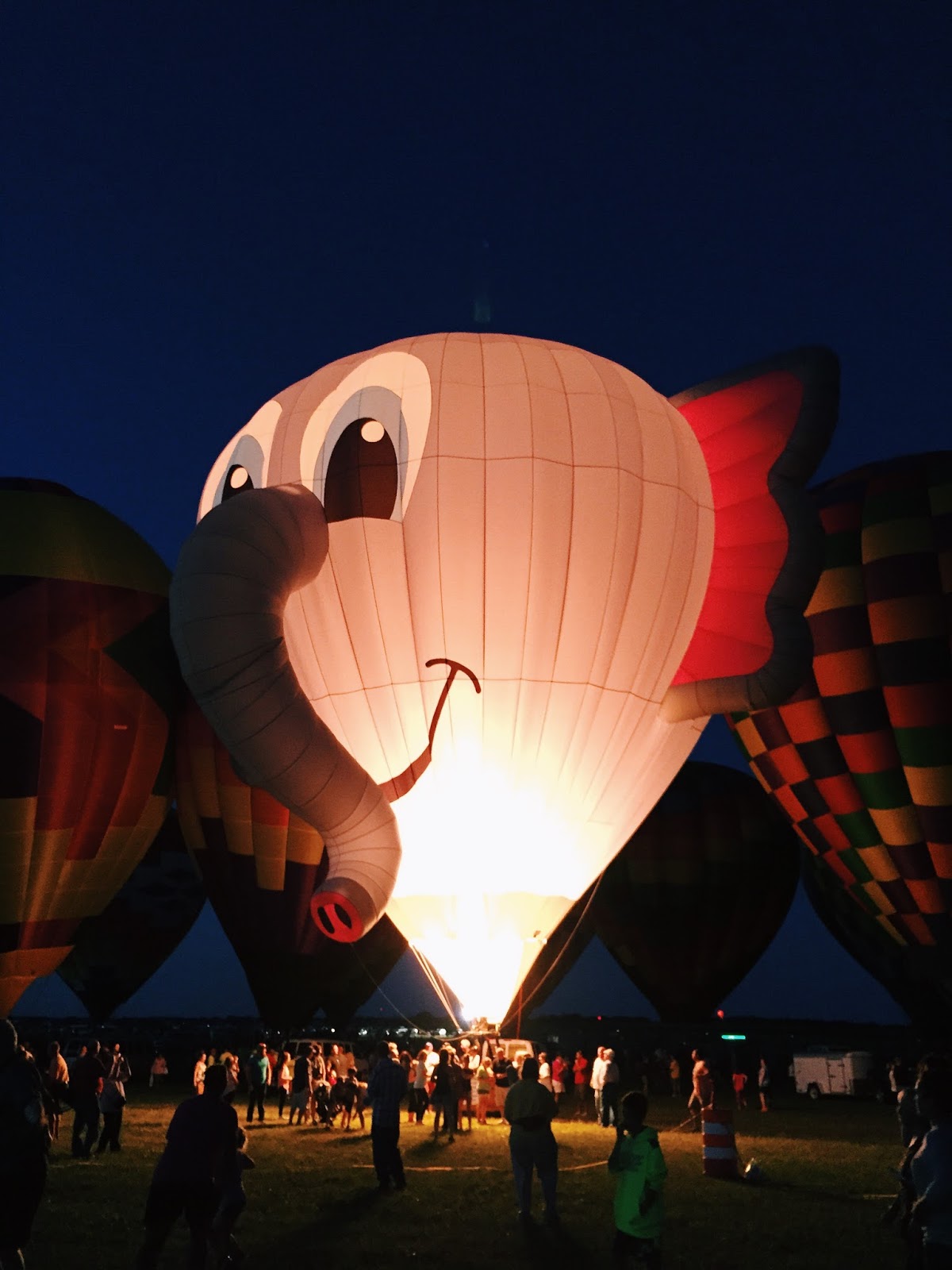 If you have balloon shows near where you live, I recommend checking them out! These gentle giants are magnificent with their striking colors and sereneness. Here is the link to the website to the one I went to, so if you live in Illinois or Indiana I recommend checking it out next summer if they host it again!

Also I vlogged a bit of the experience and put it together in a video with pictures from the 2001 balloon show as well, so take a look at that for an even better idea of what went down.