This summer I have been working my way through quite a few different podcasts and I wanted to share my favorites today since it has been a while since I shared! I love to listen to podcasts when I go on walks around my neighborhood, while driving, or while doing laundry/cleaning! If you wanted to see more my previous favorites, click here! 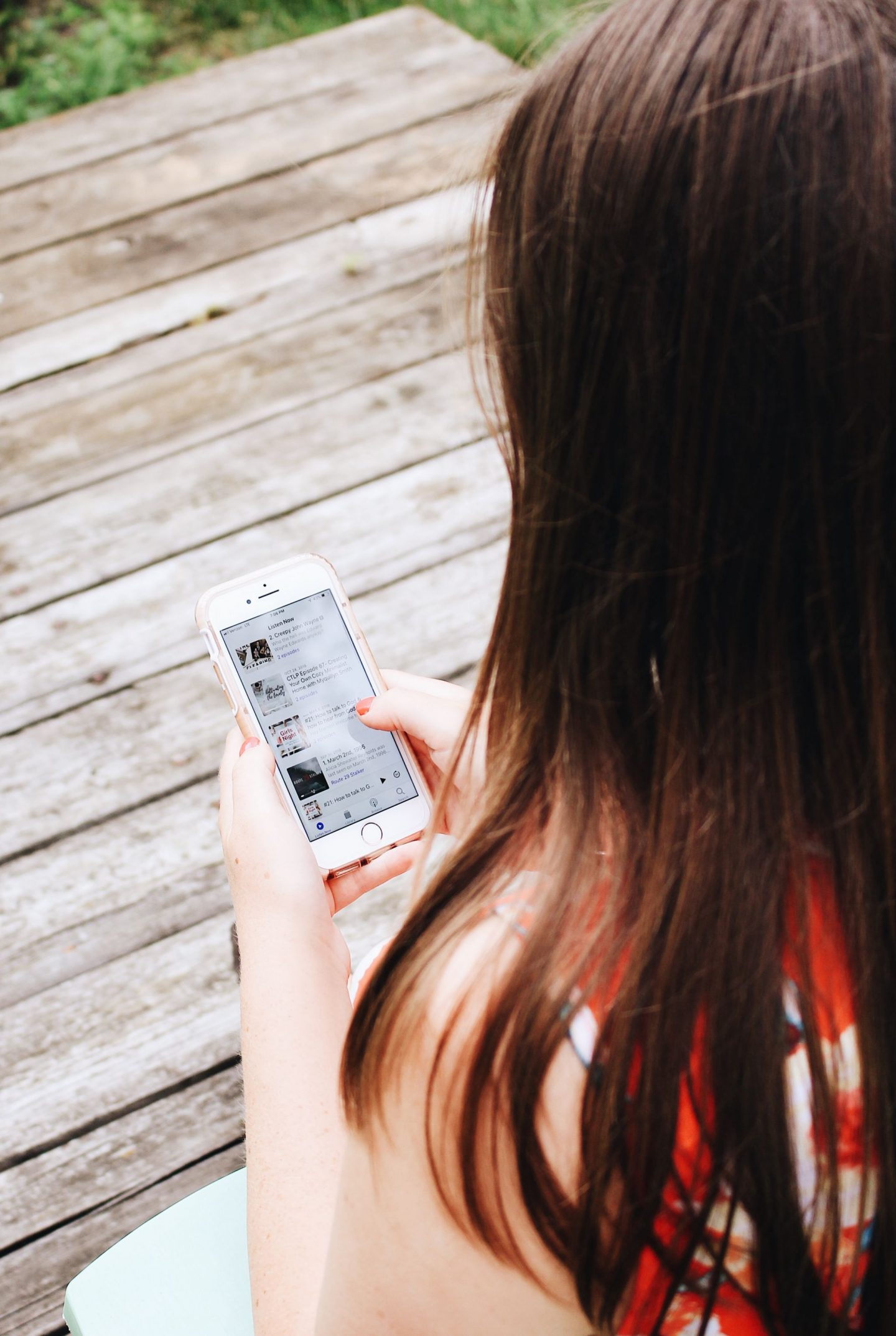 I found out about Gennean’s podcast after she was on a Girl’s Night podcast. She only has about a dozen or so episodes out, so it was pretty easy to catch up and listen to them all! I preferred the ones where she was interviewing a guest, but they were all really good!

Favorite Episode: 2: The Art of Being Present

This podcast is full of great wisdom and Jordan is always speaking truth. I really have only listened to a handful of episodes from this podcast, but it quickly became a favorite and I cannot wait to dive into more!

Favorite Episode: How To Identify, Avoid, and Shut Down Gossip

This is another new-to-me podcast that has been really fun to listen to! This summer, Annie is doing a series called EnneaSummer where she goes through and interviews people who are each number on the enneagram. She also interviews some really interesting people and it is fun to get a behind the scenes look into their lives.

This is another one that I have only listened to a few episodes, but those episodes remind me of other podcasts that I have loved listening to! Many of the episodes of this one are geared towards motherhood or other topics that don’t pertain to me, but quite a few are great for anyone to listen to!

“Susan Powell vanished on Dec. 7, 2009. Her body has never been found. From the beginning, West Valley City, Utah police suspected Susan’s husband, Josh Powell, had murdered her. They never arrested him. COLD dives deep into the case files, uncovering never-before-heard details. You’ll learn why Susan stayed with an abusive husband, why Josh did what he did and how the justice system failed Susan and her two boys.”

If you have liked Serial or Up and Vanished, this is another true crime podcast that dives deep into a single story. Perfect for long car rides! 1

“Murder, or a freak accident? Cover-up, or just rumors? On November 19th, 2011, after a night out with “friends”, Jaleayah Davis was struck by her own car and found laying in the passing lane of I-77. Her car? Found 3/10 of a mile north of her body. Her clothes? Found laying over the guardrail. Her friends? The granddaughter of a former sheriff, and the son of a former police officer. The rumors? Running wild.Together Kim (Jaleayah’s mother) and I discuss specific details of the case… which was ultimately ruled an accident by the Wood County Sheriff’s Department.”

This is another podcast that dives deep into a single true crime. I listened to the entire first season and really liked it, but I saw they began a second season recently and I haven’t listened to any of it.

This one is a similar style to My Favorite Murder since it is two friends discussing a new crime in each episode. But it is all crimes that have happened in or near Grand Rapids, which makes them more interesting to me since I know where they are talking about in many of the cases! This is also a newer podcast, but the hosts are great and feed off each other which I enjoy. There are also only about a dozen episodes so far, so it would be really easy to catch up if you are overwhelmed by starting older podcasts with dozens of episodes!

“When April Balascio was 40 years old, something she’d feared for decades was finally proven true. Her father, Edward Wayne Edwards, really was a murderer. The Clearing is about what came after April called a detective in 2009 to tell him about her suspicions — a call that led to her father’s arrest and eventual conviction on multiple murders — and tracks the emotional journey as she and host Josh Dean dig back into her childhood, unravel the truth of her father’s life, and overturn a viral online narrative that had turned Edward Wayne Edwards into a kind of serial killer caricature. ”

I am only two episodes into this one as it just began this month, but so far I am really enjoying it and would recommend if you like a good true crime series.

To finish off this post, I wanted to include some podcasts that I have shared on the blog before, but I am still keeping up with!

What has been your favorite podcast recently? While I still have plenty of episodes to catch up on for all of these podcasts, I always love to get new recommendations!