One of summers most popular trends has been styling bandanas. People have been super creative when it comes to this, but the most popular way has been tying them around your neck. I happened to have a navy bandana already in my closet, so I decided to tackle this trend myself! 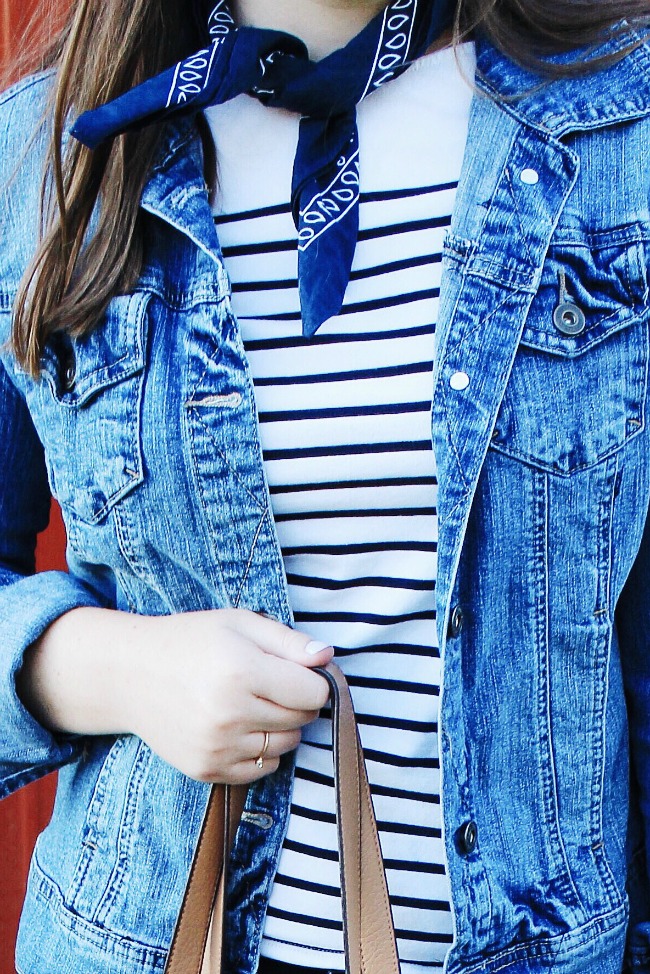 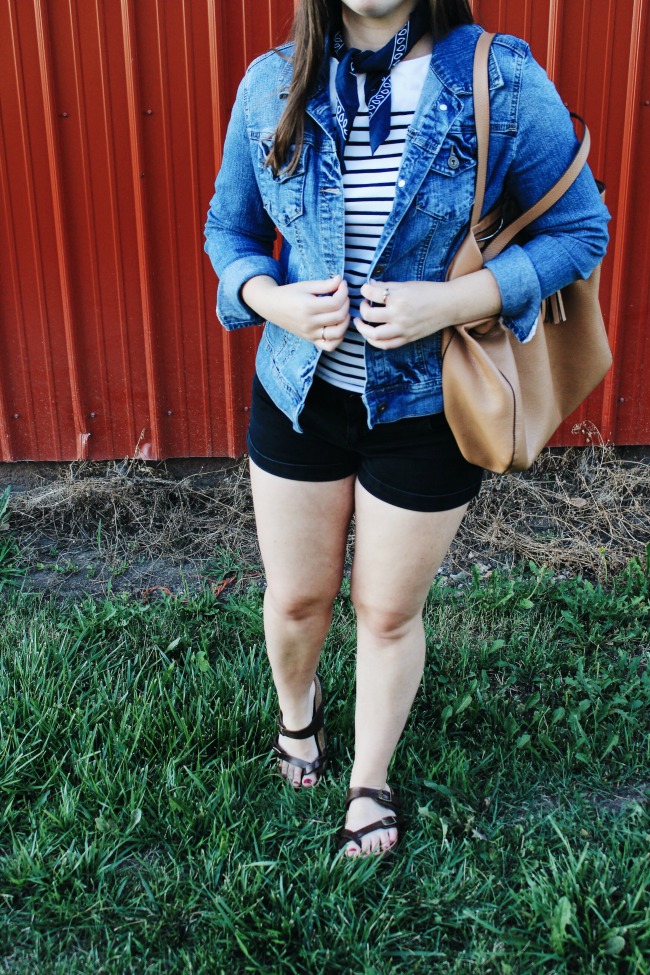 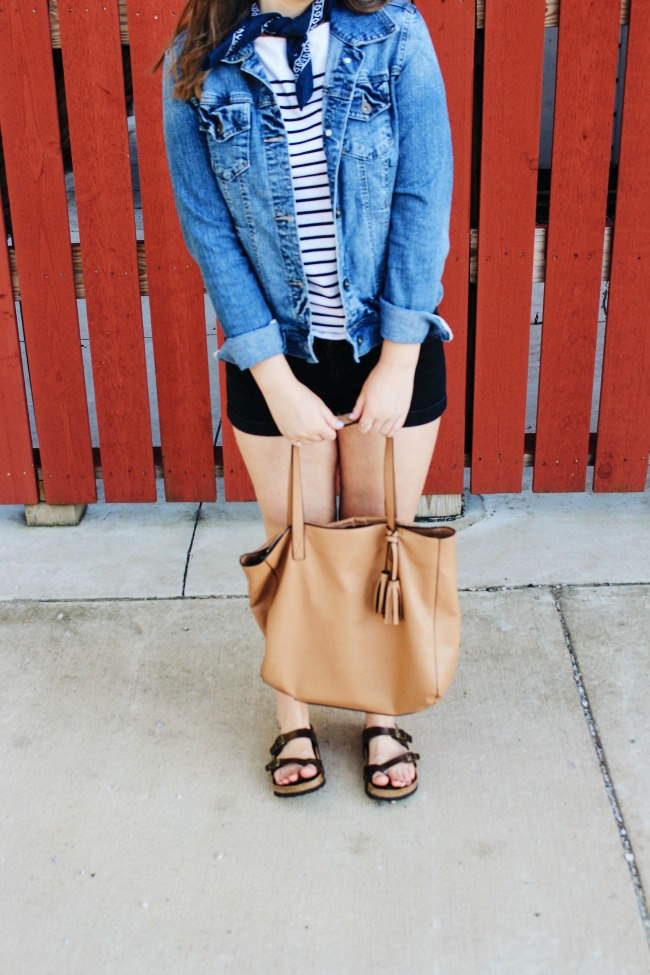 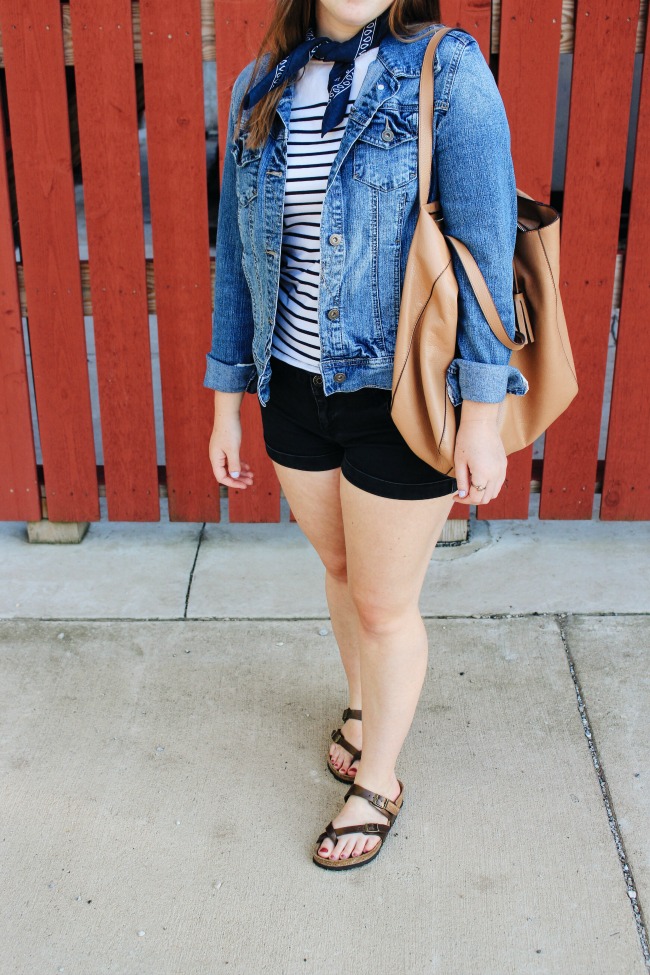 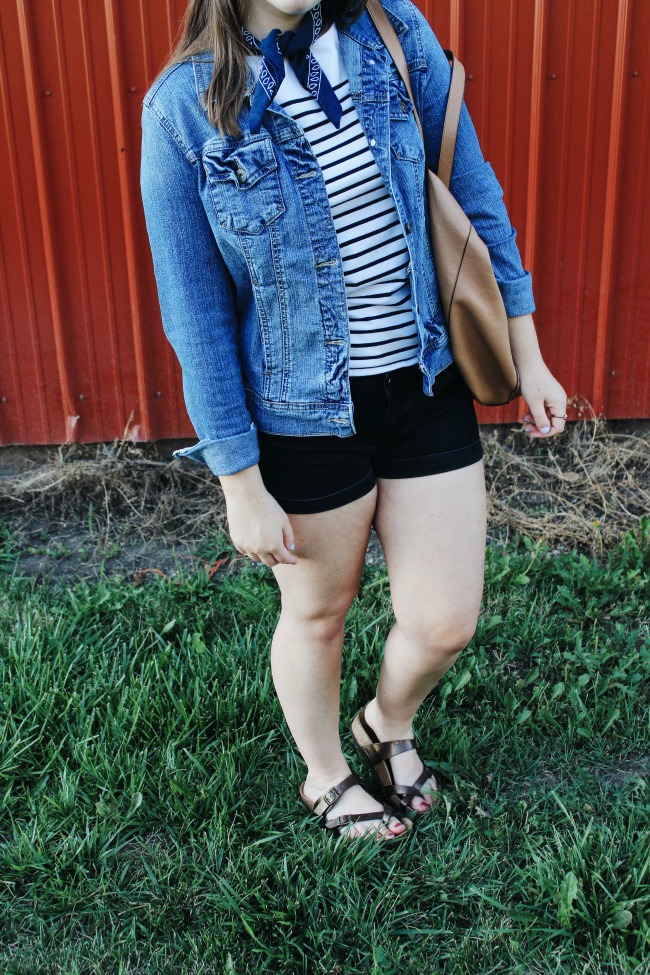 Then as my friend and I were shooting these pictures, we saw a hot air balloon in the distance. Now, if you know anything about me, you will know I love hot air balloons. I grew up going to balloon shows and following them around town when we saw them flying. So of course, my friend and I immediately cut the photoshoot short and sped after the balloon. There ended up being two, one of which was this elephant that we chose to follow! It was also my friend’s first time chasing a balloon, so that is always fun! I think Doug was a little freaked out by how excited I got, and how I guessed it was the elephant balloon from like 10 miles away haha. 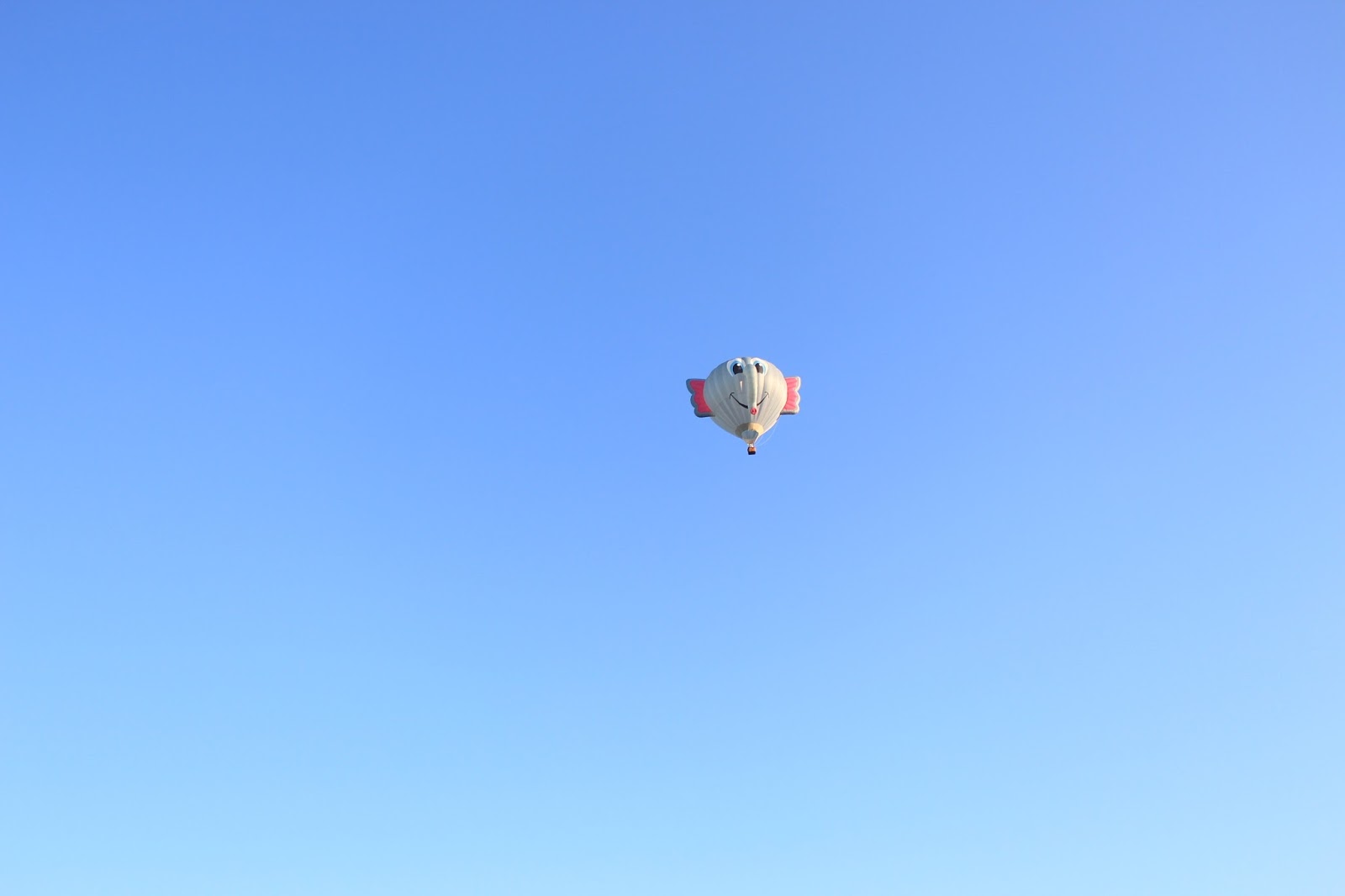 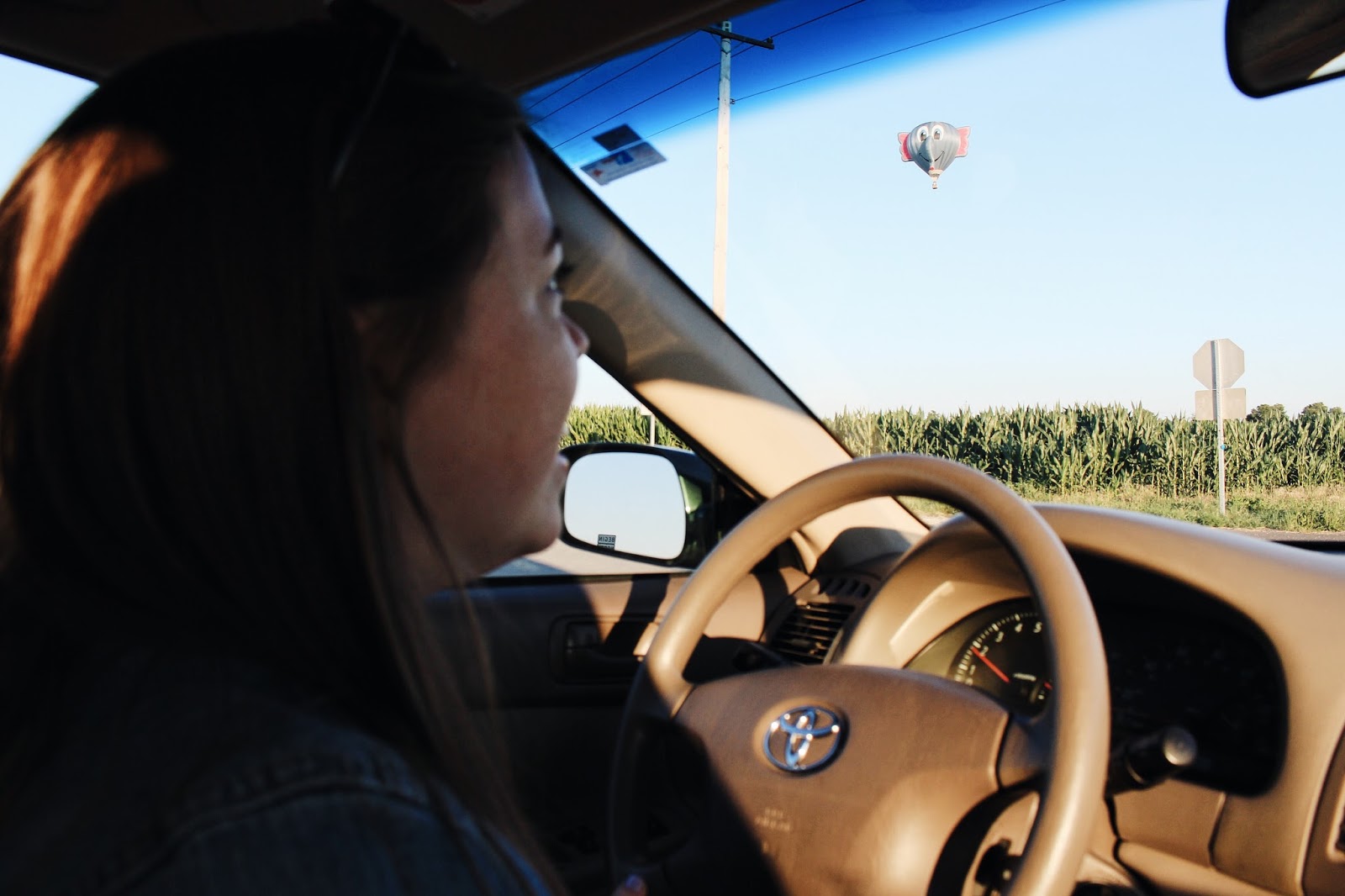 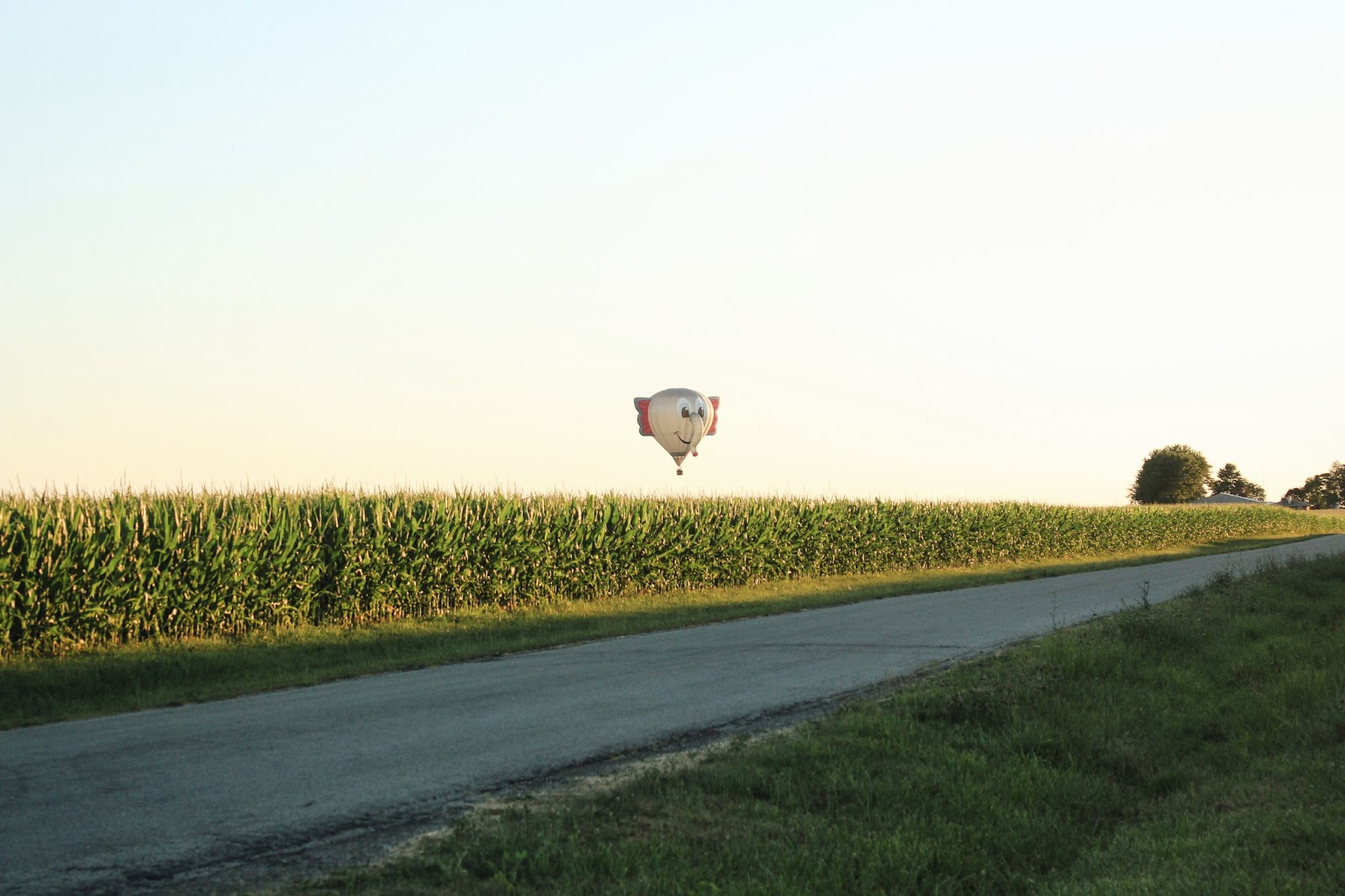 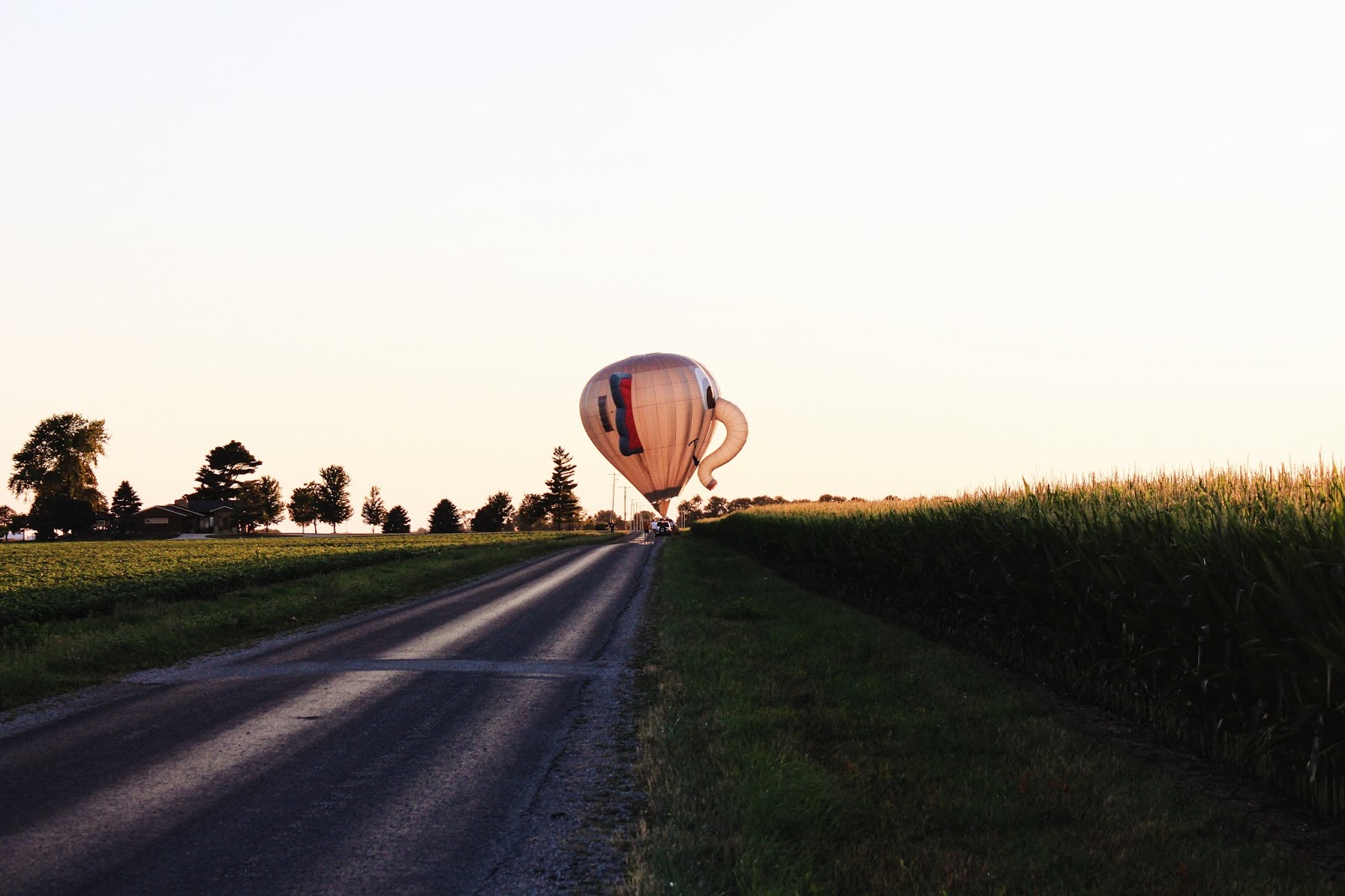 Fun fact: the landing is probably the best part of watching balloons. Some are super smooth and uneventful, but some include hitting trees, tipping over, etc. If you want to see more about hot air balloons, checkout my post from last summer about attending a balloon show that also includes this cute elephant balloon!

Also funny story, when we stopped to take pictures at one point, I accidentally left my bandana on the back of my car because I took it off. So RIP to this bandana, it will be the last time you see it in a post lol! Low key I was really bummed, but I guess it is just a good excuse to buy some new ones right? ‘

How do you feel about this bandana trend? And have you ever seen a hot air balloon in person? Let me know in the comments below!