At the beginning of June my family went down to Atlanta because my brother was moving down there. I wanted to do a quick recap of the few days and share some of my pictures from the aquarium with you guys!

Thursday night we ate at a barbecue restaurant called Cue, and it was really good! My only complaint was that the bun of my barbecue sandwich tasted weird. Like not bad necessarily, but it just didn’t go with the taste of the meat. So if I went again I would not get it on a bun!
Then we went to Brusters for ice cream. I had never heard of it before, but I guess it’s a decently well known chain. I got salted caramel and chocolate together, and I would definitely go again if I was near one!

Friday we got up and ate at The Original Pancake House. We have one near where I live, and it is my absolute favorite breakfast place. The pancakes and bacon are just so great. But unfortunately this one didn’t have quite as good of pancakes as what I am used to and like.

After breakfast we went to the aquarium, and immediately went into the dolphin show. Dolphins are such cool animals, and I recommend taking the time to watch the show if you do go to this aquarium! 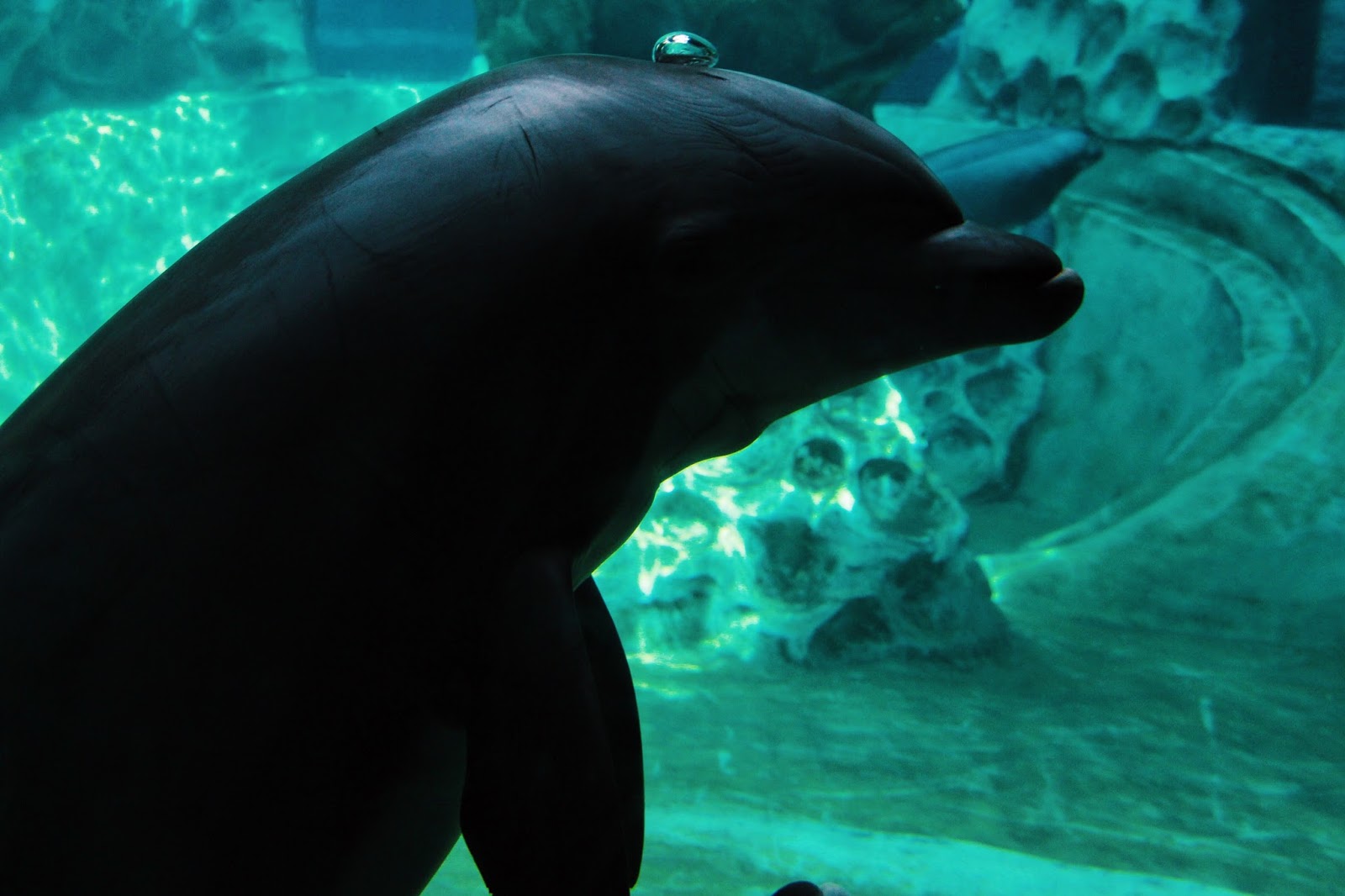 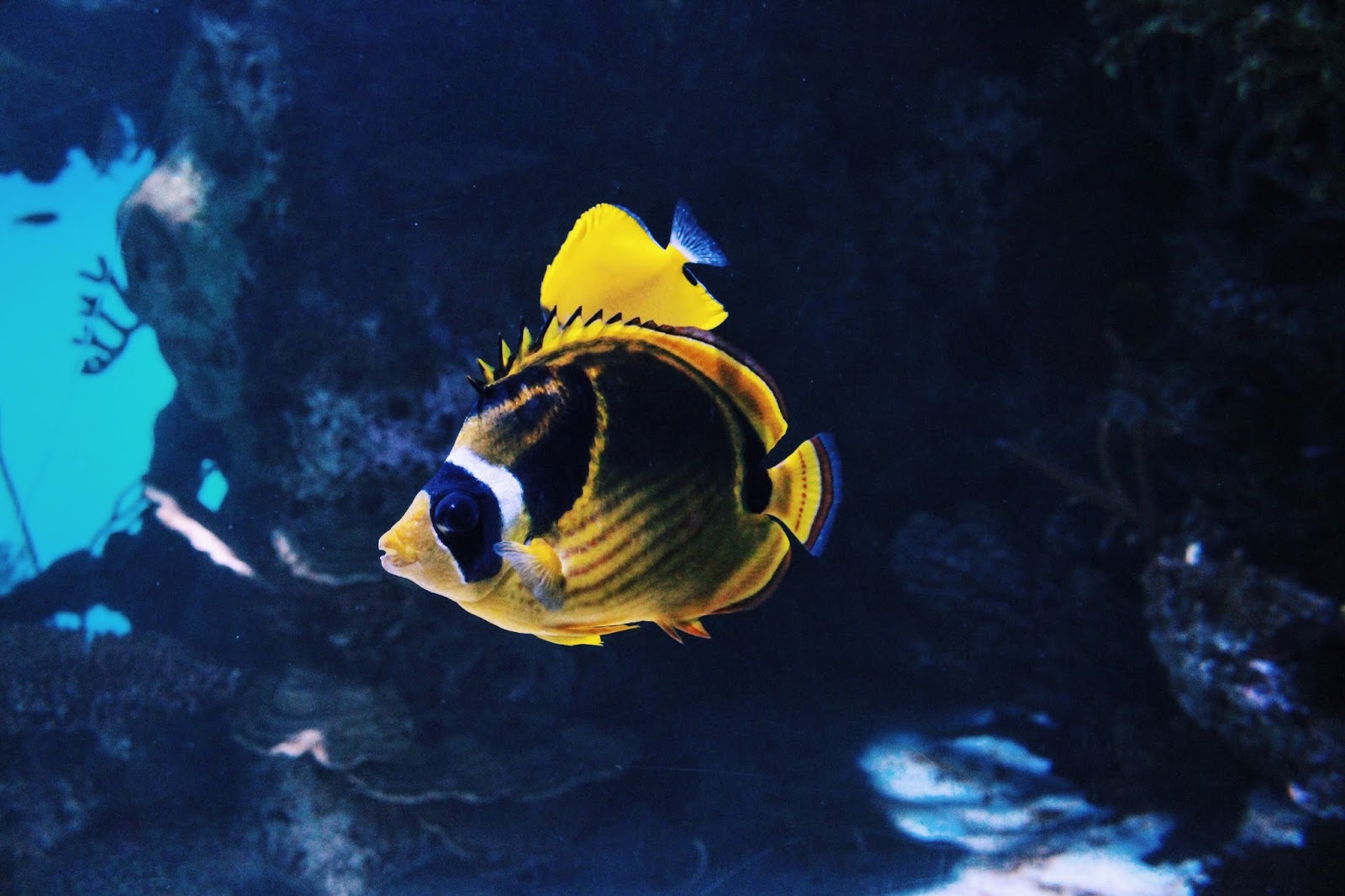 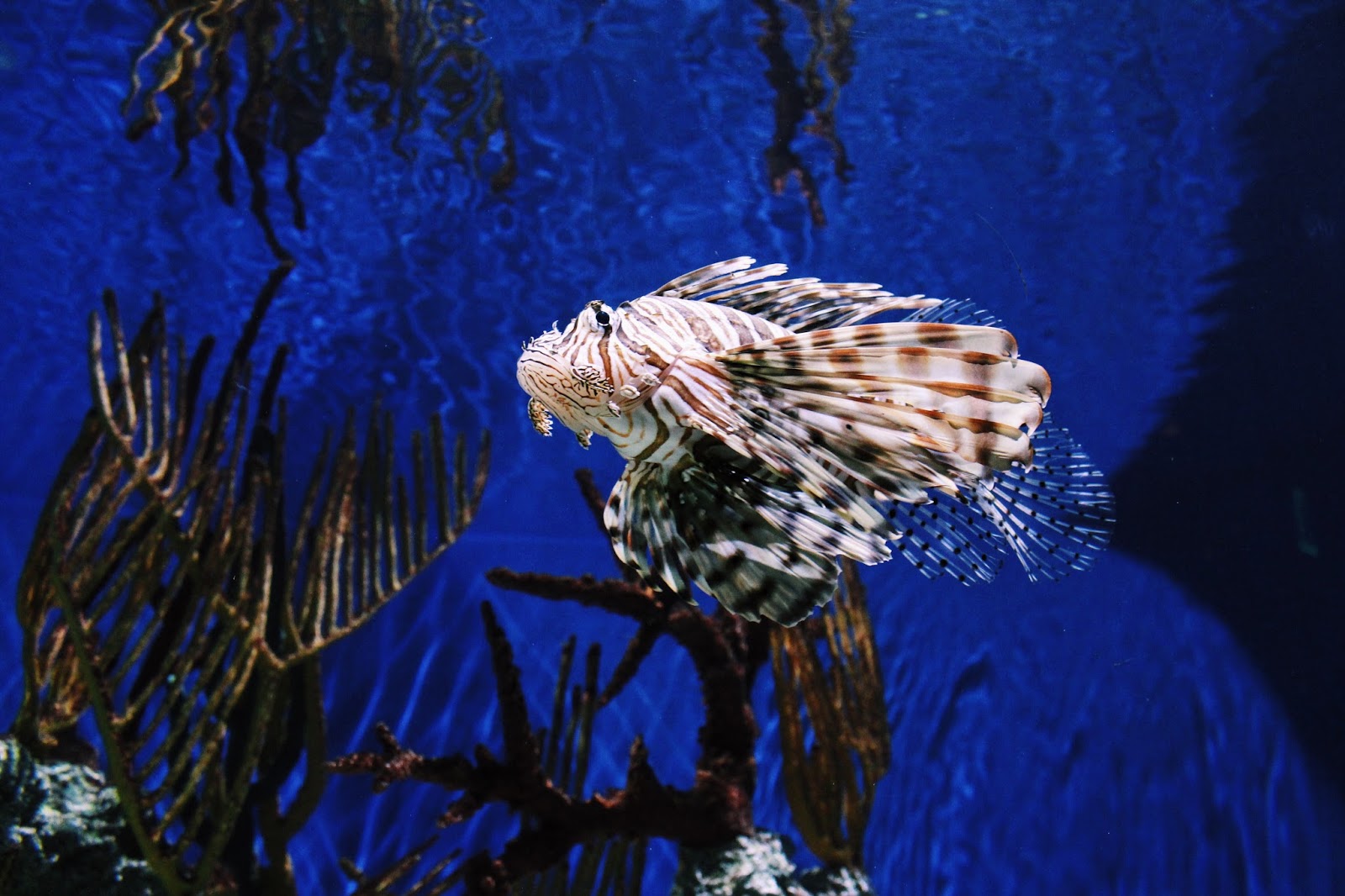 The lion fish was one of the coolest fish there in my opinion! 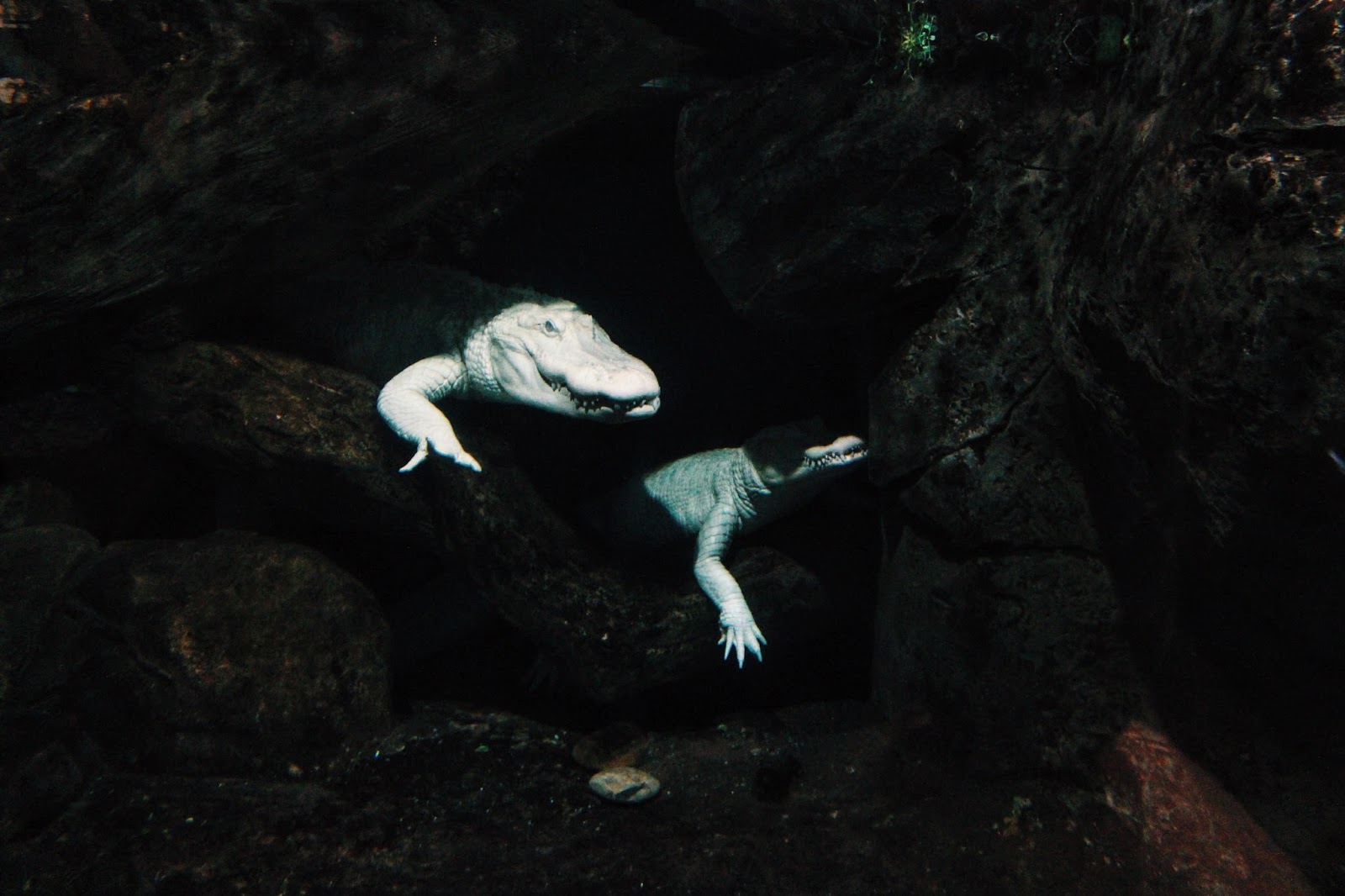 It was difficult to get a good shot of the albino alligators, but they were so neat! 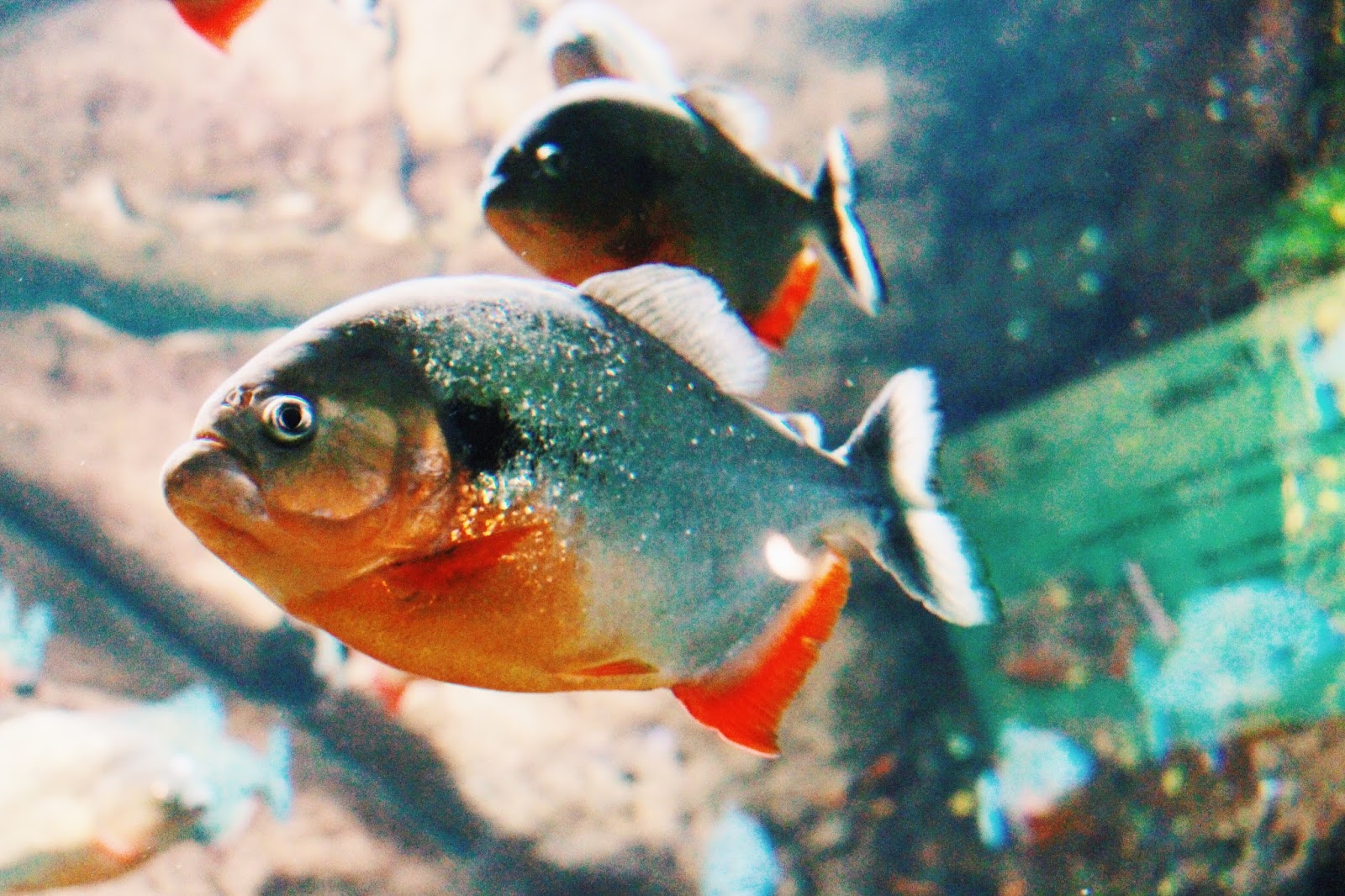 Of course I loved the sparkles on the piranhas. 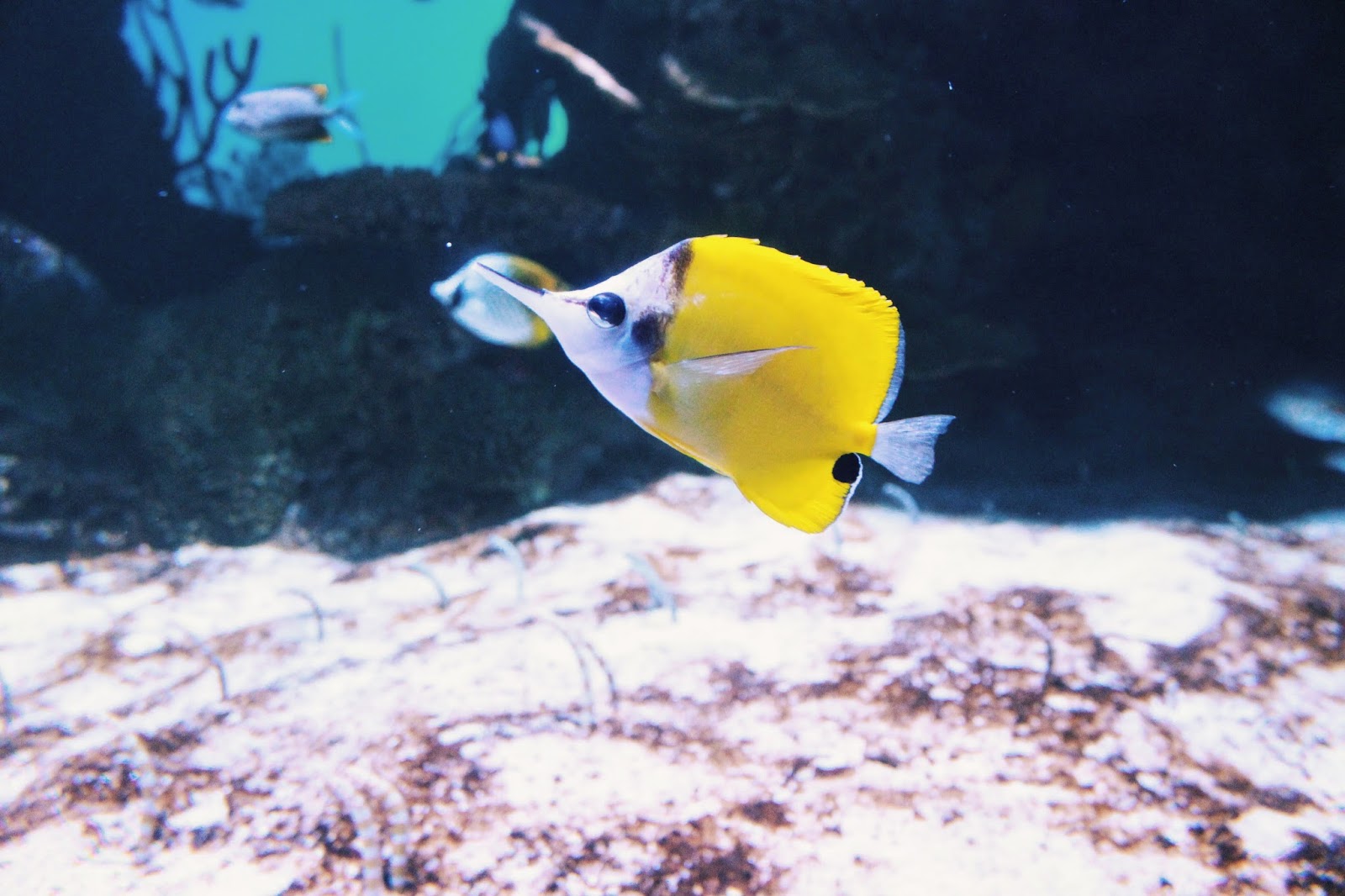 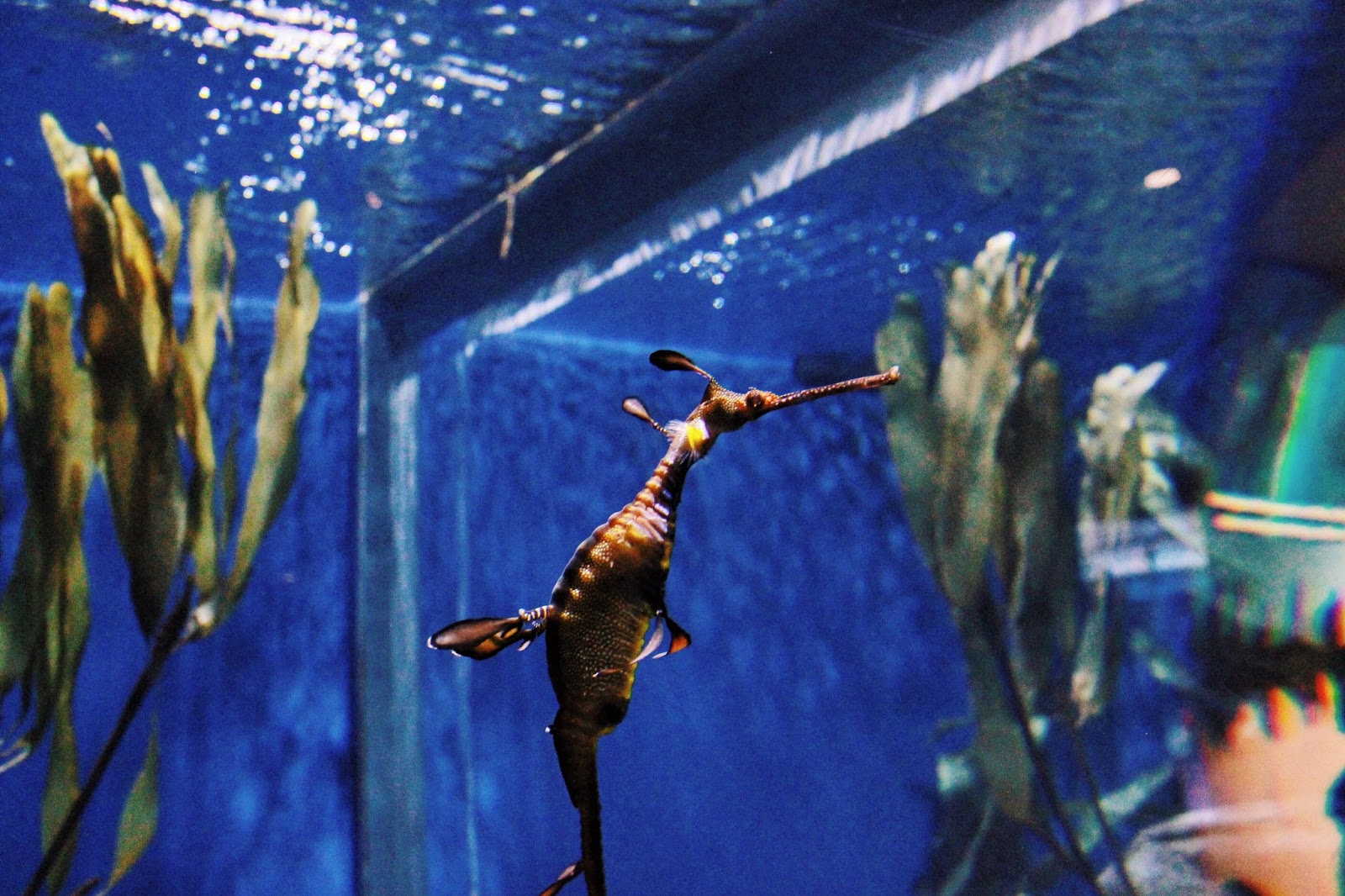 I also loved the sea dragons! So similar to a sea horse, yet so different. 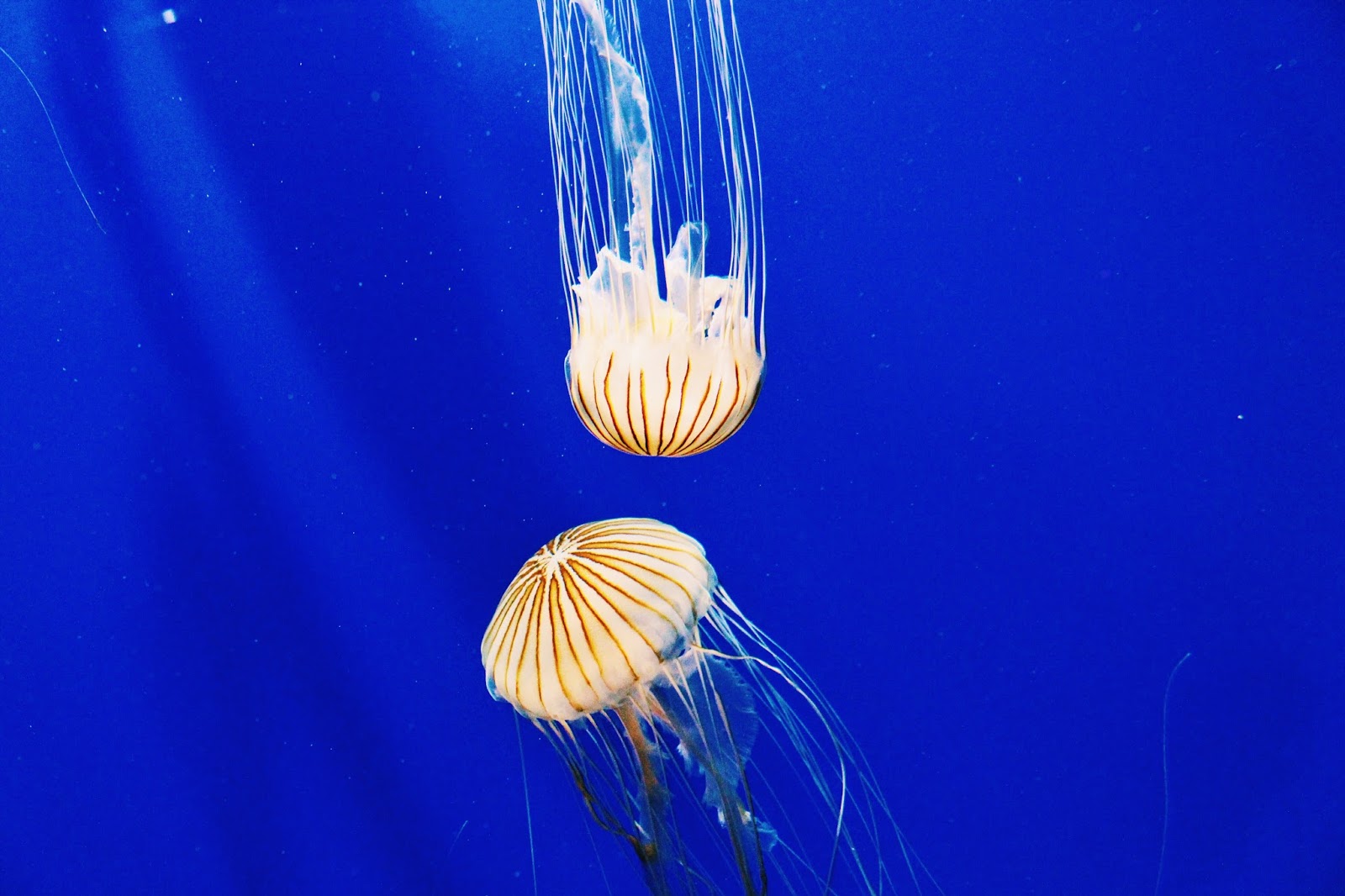 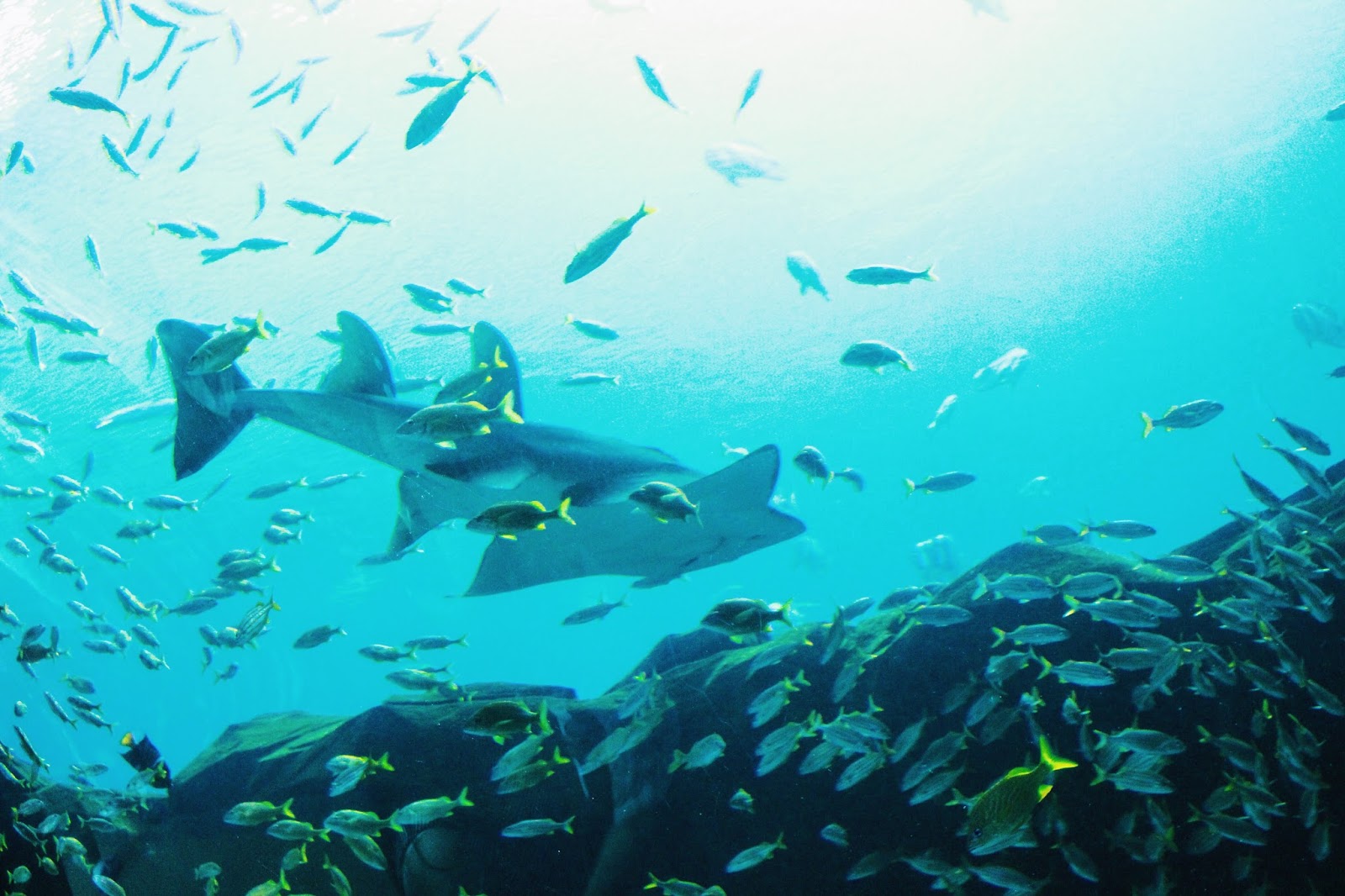 The whale shark was HUGE.  This picture does not do it justice. 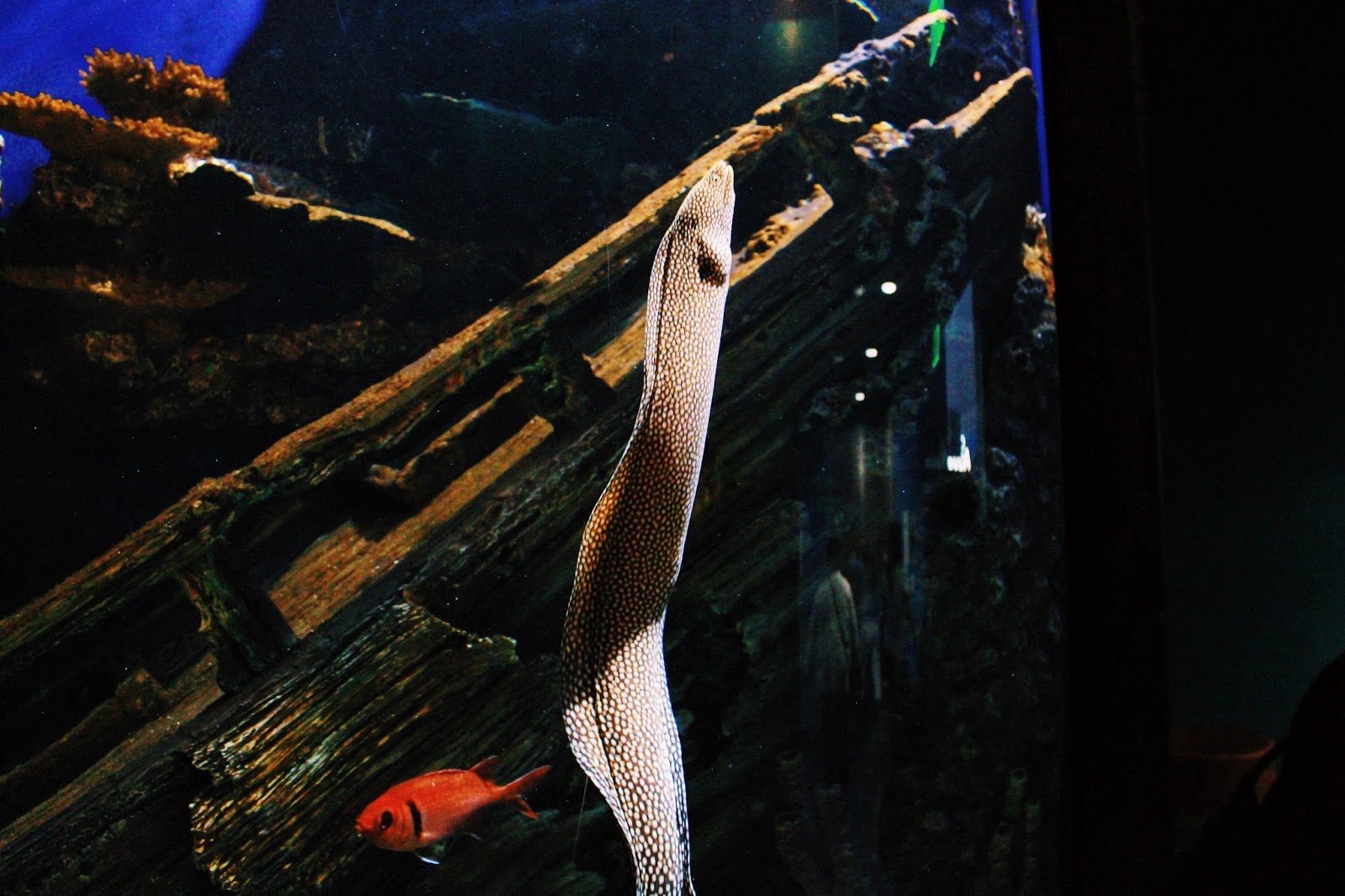 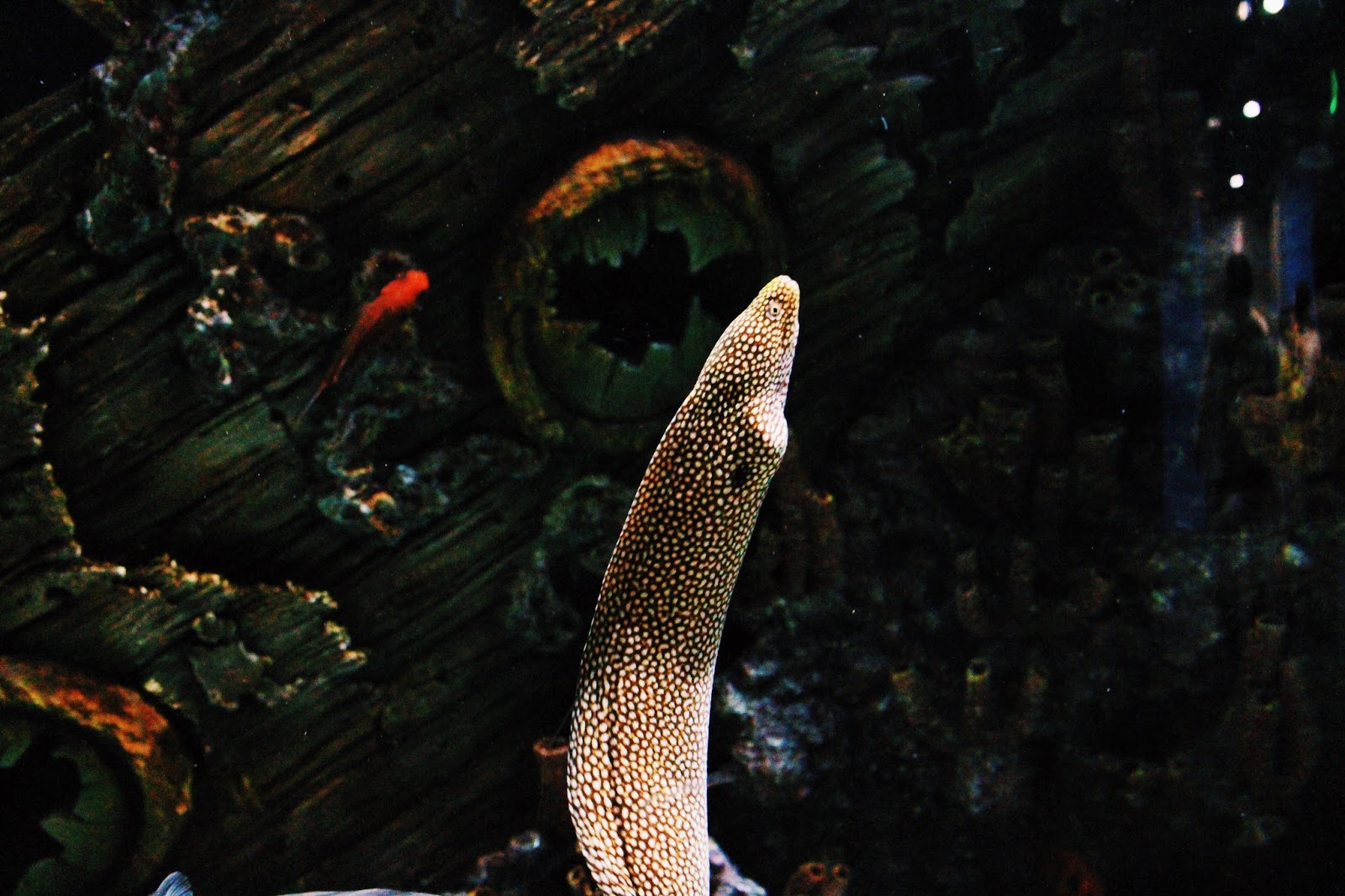 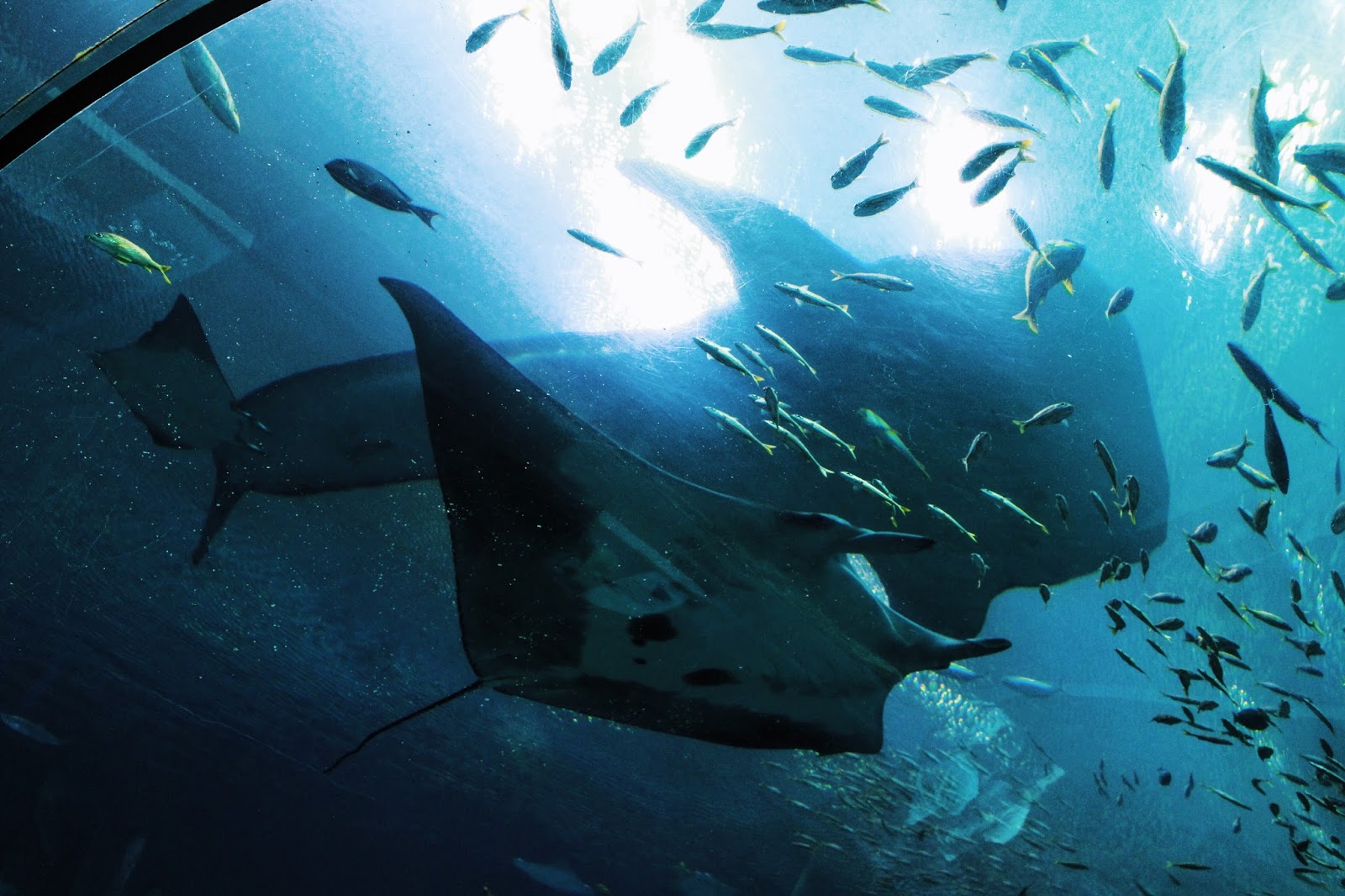 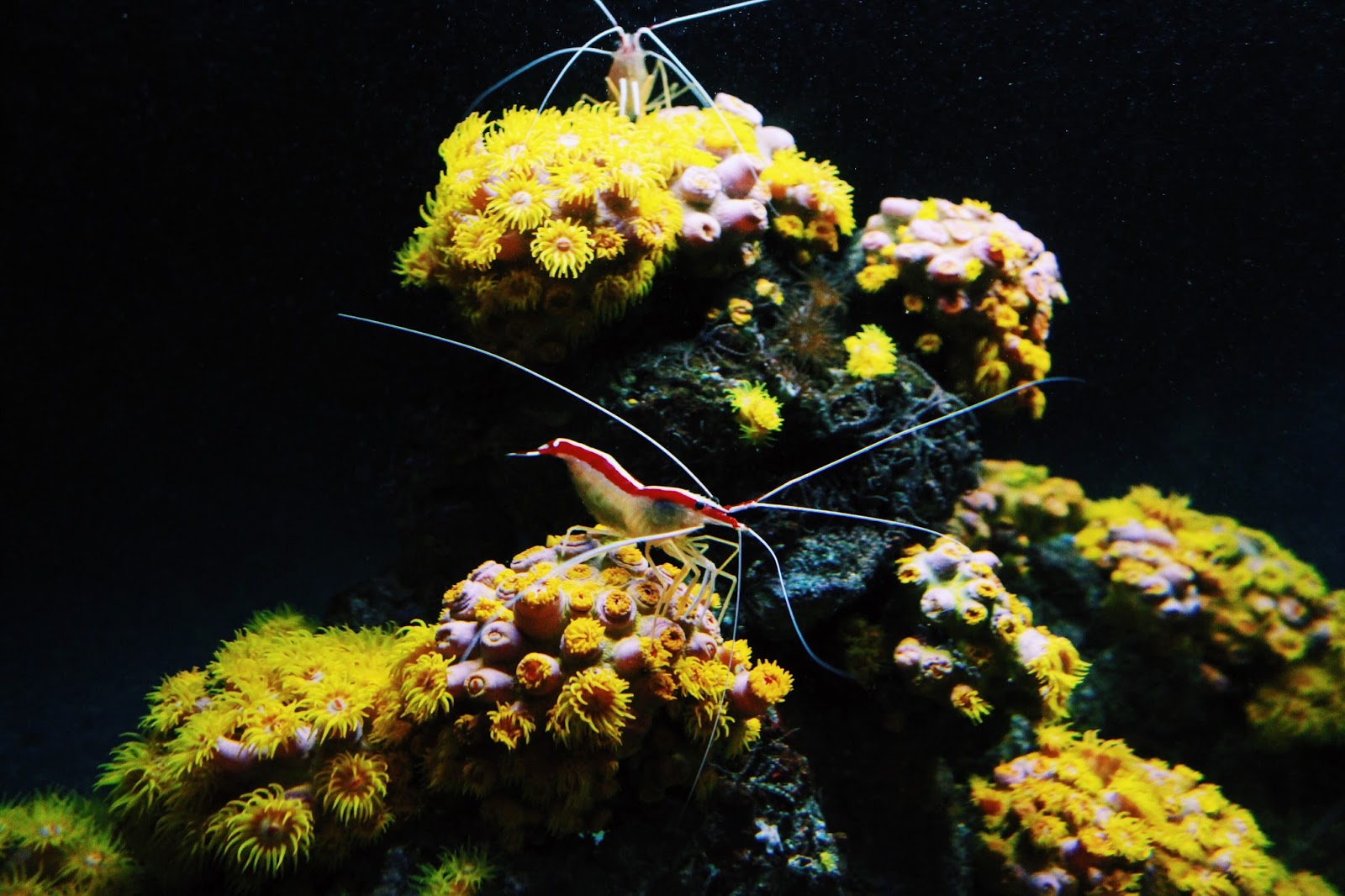 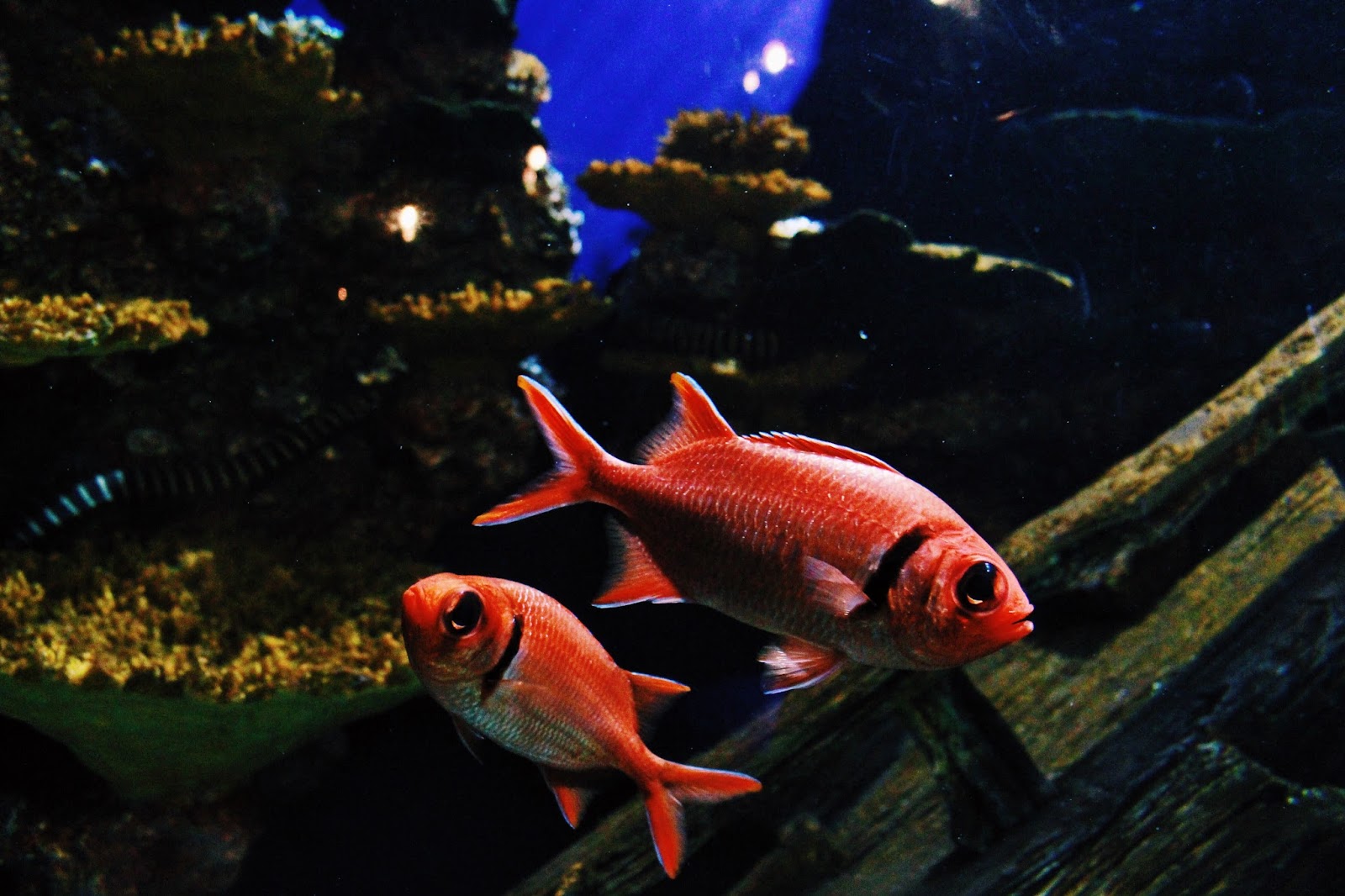 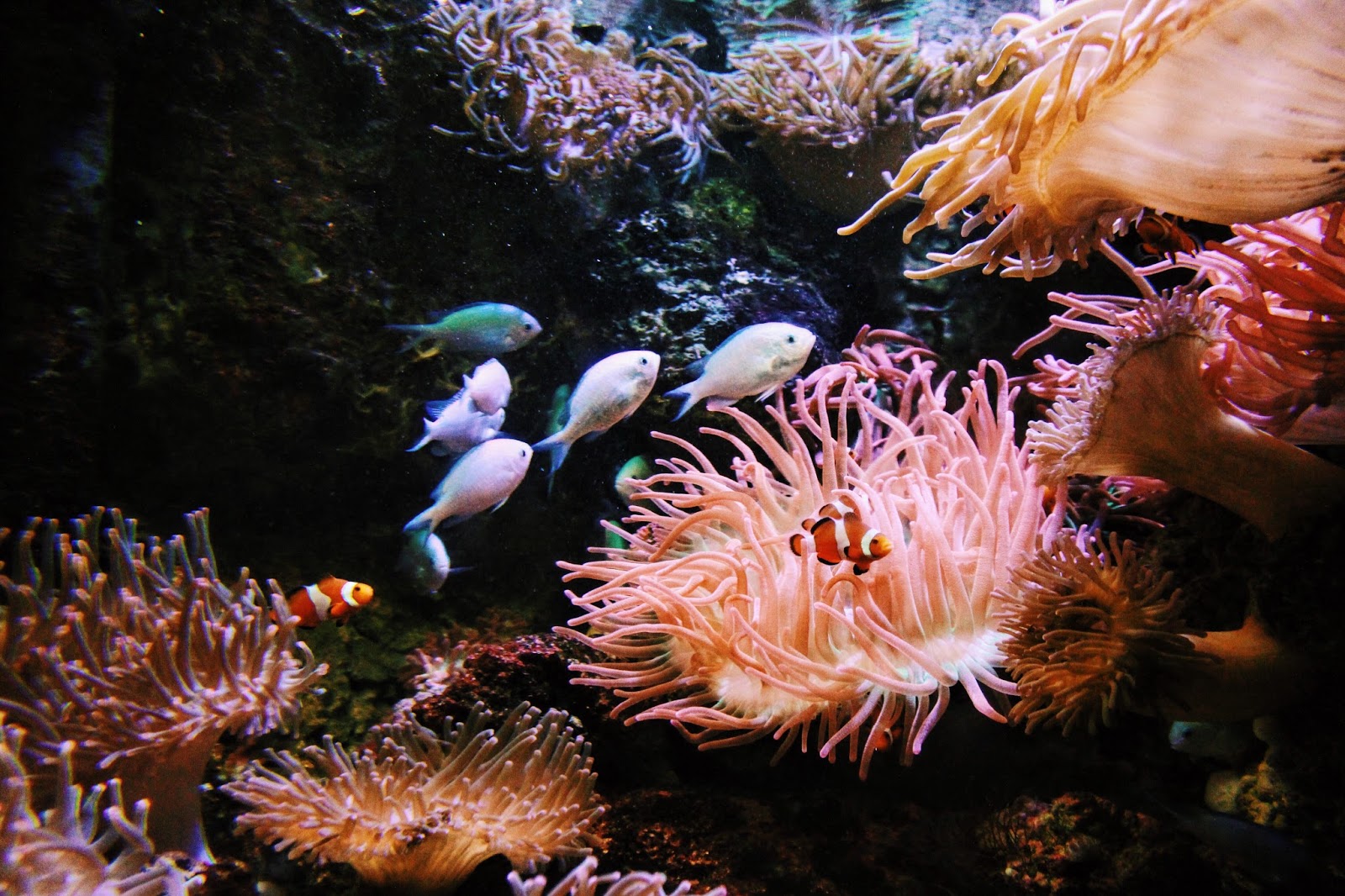 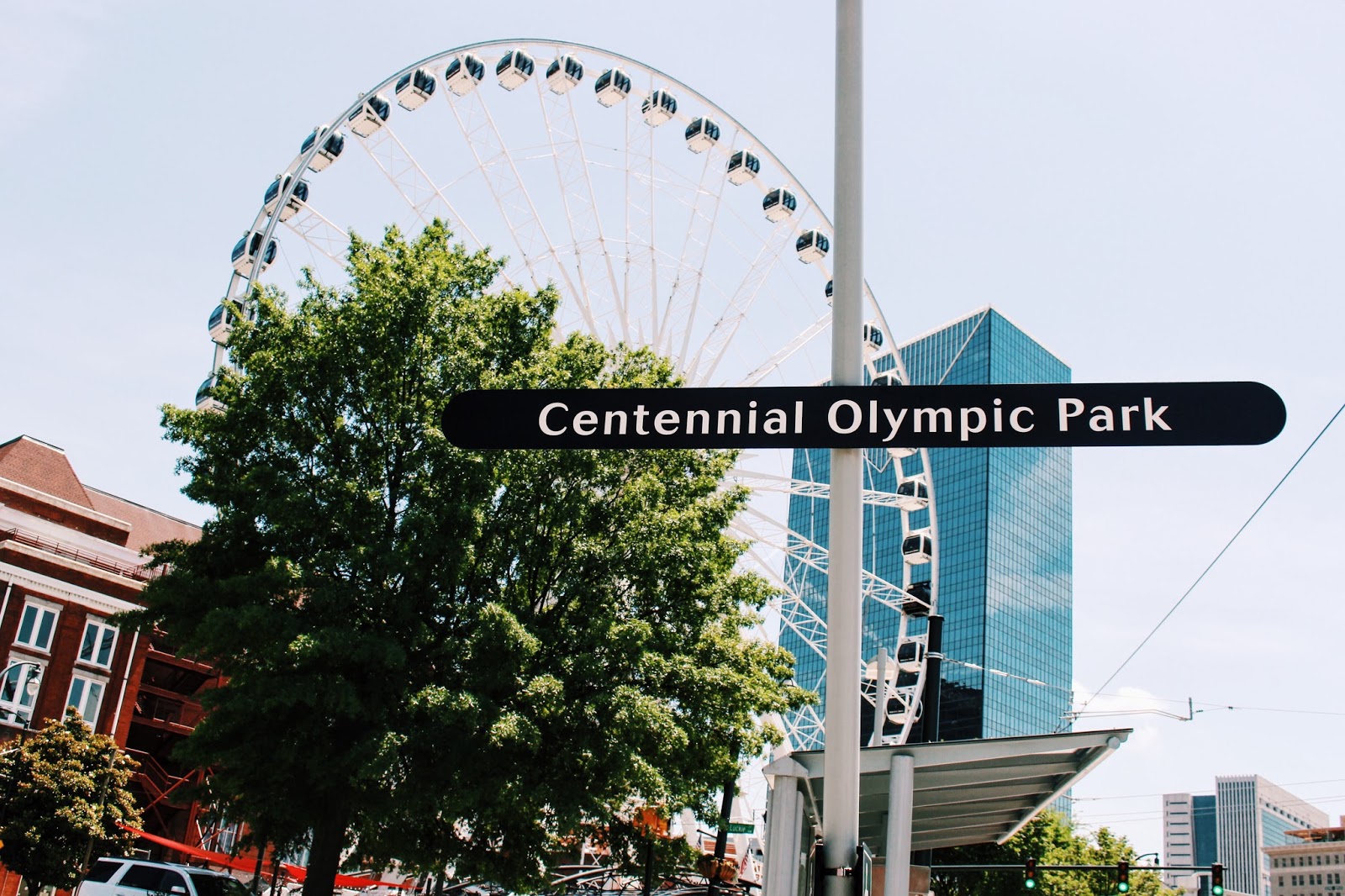 After finishing at the aquarium we walked over to the park and rode the ferris wheel. The air conditioned cars felt great, and the view wasn’t bad lol. 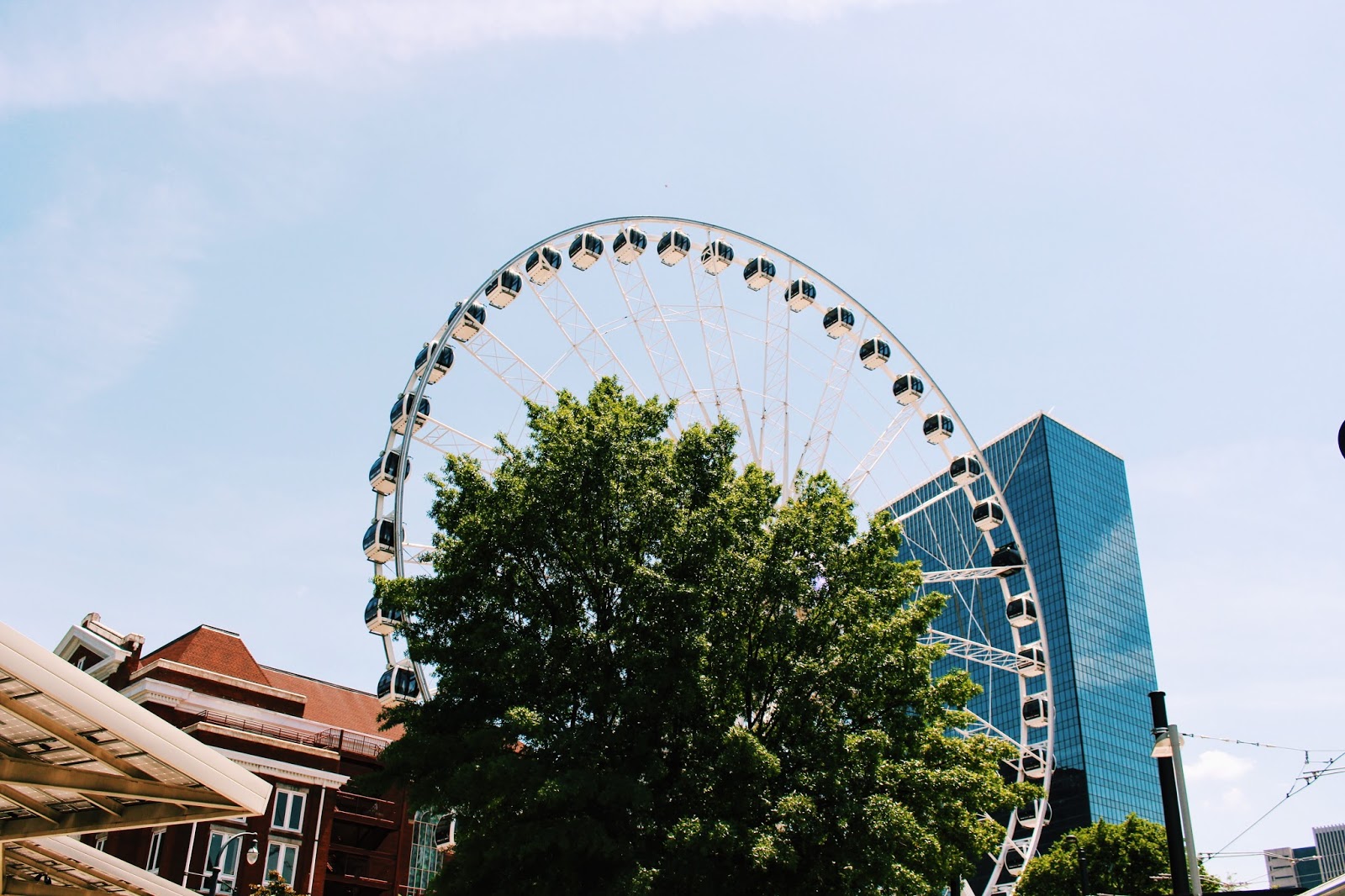 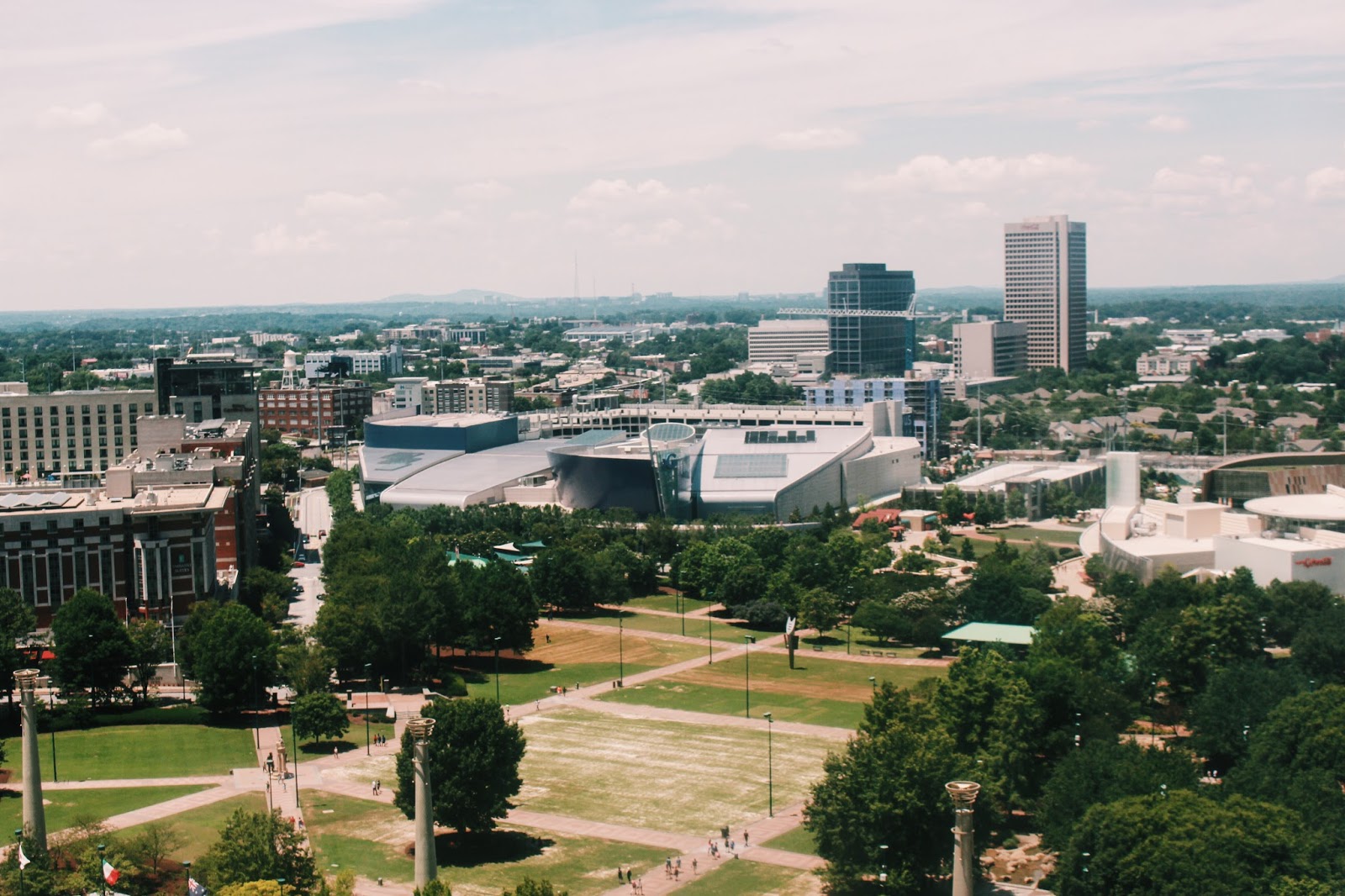 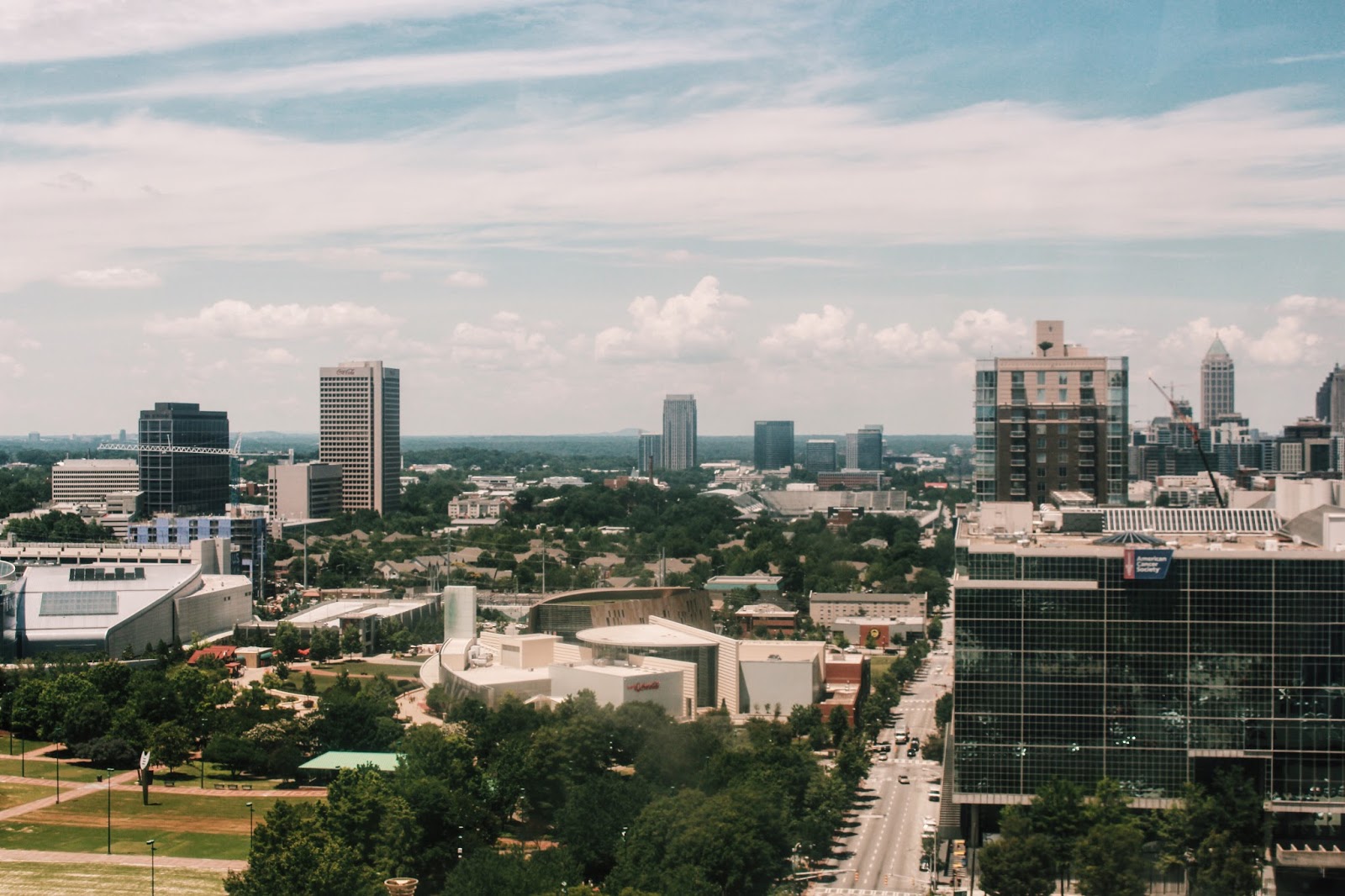 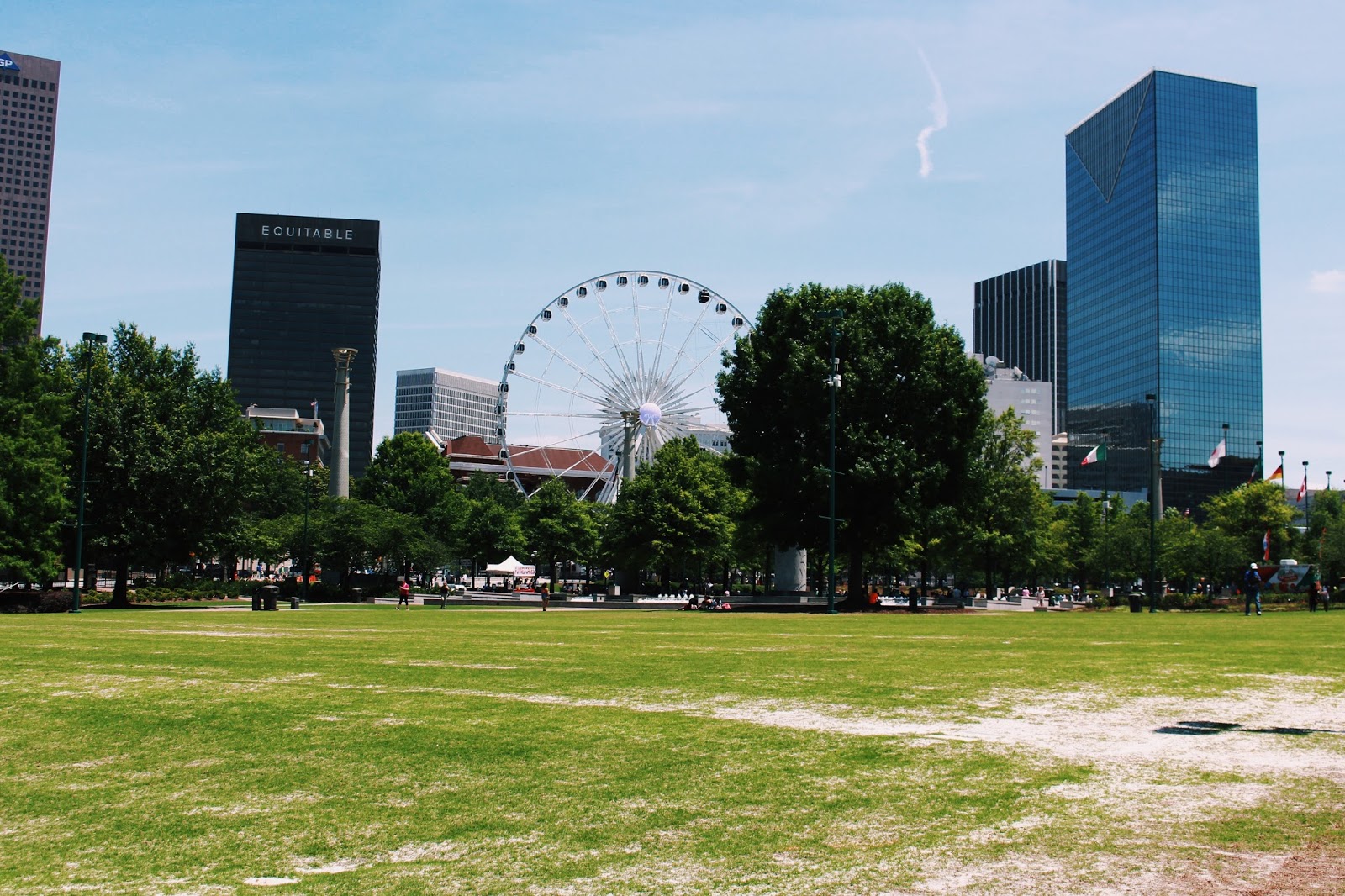 Andddd after this I basically failed as a blogger because I didn’t take anymore pictures. But that night we got pizza at Mellow Mushroom, which is a funky pizza place with pretty good pizza.

After dinner we went to a nearby mall, where I caved and bought Birkenstocks. I know they have been more popular in the past few years, but I have never really thought they were cute, especially the ones with just the two thick straps. But I needed a shoe that has good arch support, so I decided this pair was the best. Not the most stylish shoe option, but when it comes to good support it is one of the few that is decently cute and has good support.

The next day we did some more shopping and then ate at a random Mexican restaurant called Agavero. It ended up having great food, especially the queso! Then we drove around a bit and stopped at another mall before heading to dinner. For dinner we went to Sage, which was more fancy. Afterwards we tried another ice cream place called Four Fat Cows. There I got chocolate chunk and mint cookies and cream together, and it was very good! The mint cookies and cream was especially good, though I couldn’t place why. I would definitely recommend though!

Again, I am sorry I don’t have more pictures, but my phone is always out of storage and I only had my DSLR with me on Friday! But I still wanted to recap my trip so you could see the pictures I did get, and so I can come back and see what I did a year or two from now! I love looking back at old posts, especially travel posts!

Where are you traveling to next? Tell me in the comments!