For me, I don’t think the idea of travel being a fun thing really clicked until I was in 3rd grade. Before this, I pretty much just lived in a nice little Midwest bubble. While I knew there were other states and countries with interesting things, the idea of sitting in a car for hours and hours in order to see them didn’t really appeal to me. But then 3rd grade rolled around and I was able to go to the beach for the first time, and then to New Mexico for the annual Ballon Fiesta a few months later. First time seeing mountains and a beach in the same year? I was sold, and from then on, I always knew someday I wanted to travel more. 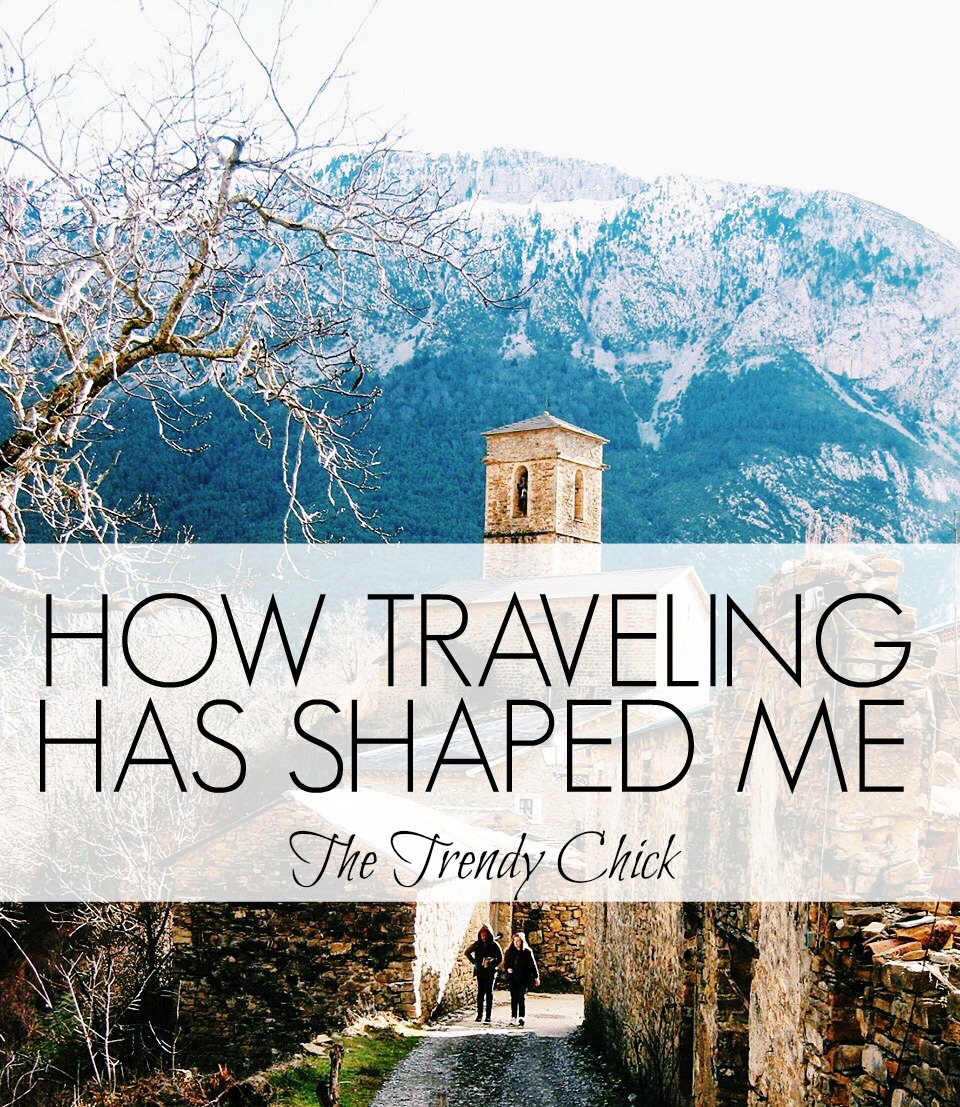 (this picture is from my trip to Spain!)

Fast-forward to my junior year of high school. It was early in the year, and I heard that a teacher I had was taking a group of kids to Spain over Christmas break. This wasn’t anything new to me, because my brother had been on the same trip 2 years prior when he was a junior. I remember when he signed up and even while he was there, I thought “I can’t imagine going to Spain for my Christmas break. That just sounds so scary and something I would never want to do.” The idea of spending about 10 days in another country (keep in mind I had never even been on a plane before!) without my parents sounded extremely nerve-wracking to my little 15 year old self. (Side note: this would have been about 2 weeks after I began this blog… so if you really want to know what I was like you can go back to those first horrible posts… but I wouldn’t recommend lol.)

But when the time came for that first info meeting in September of my junior year, I went to it with a few of my friends. Some of them were completely set on going, while I was still very much hesitant. But something in that first meeting changed my mind, and my friends’ enthusiasm about the trip made me sign up. And let’s just say, that ended up being one of my better decisions in life. 😉

Going to Spain with just a small group of people really helped me grow as a person and it made me not as scared to take risks, especially related to travel, now.  I am currently about to embark on a trip to Jamaica for 3 weeks, which is not something I would’ve dreamed of doing 5 years ago. We leave at the beginning of January, and I am still unsure of how we will be serving while we are there. Also, I barely know anyone who is going on the trip, which is new for me! While I hate not being able to plan, going to Spain and traveling to other places in recent years has taught me that it’s okay not to have everything for a trip (or life) mapped out. I decided to sign up for this trip and take the opportunity even though I didn’t have much detail. Honestly, if I hadn’t taken the leap and gone to Spain, I don’t think I would’ve wanted to travel as much now, and I definitely don’t think I would have wanted to adventure to Jamaica!

So basically, the point of this post was to say take risks sometimes, and also to let you know that I will be in Jamaica for most of January with very little (if any) access to wifi. So if I am absent on the blog or social media, now you know why! Of course, I am sure I will have plenty of pictures and a trip recap when I return!

P.S. If you want to see a post I wrote shortly after returning from Spain almost 3 years ago (and see a good example of how much my blog and writing style has changed!) click here!