Today I am collabing with a few other bloggers to bring you our favorite summer reads! I always use the summer to catch up on reading for fun, so this collab was right up my alley. I always love hearing what other people are reading, and I hope you do too! 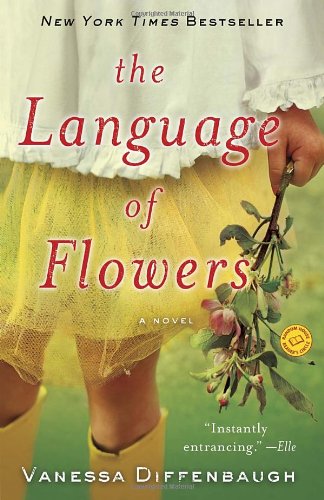 The Beginning of Everything-
Golden boy Ezra Faulkner believes everyone has a tragedy waiting for them—a single encounter after which everything that really matters will happen. His particular tragedy waited until he was primed to lose it all: in one spectacular night, a reckless driver shatters Ezra’s knee, his athletic career, and his social life.
No longer a front-runner for Homecoming King, Ezra finds himself at the table of misfits, where he encounters new girl Cassidy Thorpe. Cassidy is unlike anyone Ezra’s ever met, achingly effortless, fiercely intelligent, and determined to bring Ezra along on her endless adventures.
But as Ezra dives into his new studies, new friendships, and new love, he learns that some people, like books, are easy to misread. And now he must consider: if one’s singular tragedy has already hit and everything after it has mattered quite a bit, what happens when more misfortune strikes?

Saint Anything-
Peyton, Sydney’s charismatic older brother, has always been the star of the family, receiving the lion’s share of their parents’ attention and—lately—concern. When Peyton’s increasingly reckless behavior culminates in an accident, a drunk driving conviction, and a jail sentence, Sydney is cast adrift, searching for her place in the family and the world. When everyone else is so worried about Peyton, is she the only one concerned about the victim of the accident?
Enter the Chathams, a warm, chaotic family who run a pizza parlor, play bluegrass on weekends, and pitch in to care for their mother, who has multiple sclerosis. Here Sydney experiences unquestioning acceptance. And here she meets Mac, gentle, watchful, and protective, who makes Sydney feel seen, really seen, for the first time.

Four teens across the country have only one thing in common: a girl named Leila. She crashes into their lives in her absurdly red car at the moment they need someone the most.
Hudson, Bree, Elliot and Sonia find a friend in Leila. And when Leila leaves them, their lives are forever changed. But it is during Leila’s own 4,268-mile journey that she discovers the most important truth—sometimes, what you need most is right where you started. And maybe the only way to find what you’re looking for is to get lost along the way.

Along The Infinite Sea-
Each of the three Schuyler sisters has her own world-class problems, but in the autumn of 1966, Pepper Schuyler’s problems are in a class of their own. When Pepper fixes up a beautiful and rare vintage Mercedes and sells it at auction, she thinks she’s finally found a way to take care of herself and the baby she carries, the result of an affair with a married, legendary politician.
But the car’s new owner turns out to have secrets of her own, and as the glamorous and mysterious Annabelle Dommerich takes pregnant Pepper under her wing, the startling provenance of this car comes to light: a Nazi husband, a Jewish lover, a flight from Europe, and a love so profound it transcends decades. As the many threads of Annabelle’s life from World War II stretch out to entangle Pepper in 1960s America, and the father of her unborn baby tracks her down to a remote town in coastal Georgia, the two women must come together to face down the shadows of their complicated pasts.

The Summer I Turned Pretty-
Belly measures her life in summers. Everything good, everything magical happens between the months of June and August. Winters are simply a time to count the weeks until the next summer, a place away from the beach house, away from Susannah, and most importantly, away from Jeremiah and Conrad. They are the boys that Belly has known since her very first summer–they have been her brother figures, her crushes, and everything in between. But one summer, one terrible and wonderful summer, the more everything changes, the more it all ends up just the way it should have been all along.

The Language of Flowers-
A mesmerizing, moving, and elegantly written debut novel, The Language of Flowers beautifully weaves past and present, creating a vivid portrait of an unforgettable woman whose gift for flowers helps her change the lives of others even as she struggles to overcome her own troubled past.
The Victorian language of flowers was used to convey romantic expressions: honeysuckle for devotion, asters for patience, and red roses for love. But for Victoria Jones, it’s been more useful in communicating grief, mistrust, and solitude. After a childhood spent in the foster-care system, she is unable to get close to anybody, and her only connection to the world is through flowers and their meanings.
Now eighteen and emancipated from the system, Victoria has nowhere to go and sleeps in a public park, where she plants a small garden of her own. Soon a local florist discovers her talents, and Victoria realizes she has a gift for helping others through the flowers she chooses for them. But a mysterious vendor at the flower market has her questioning what’s been missing in her life, and when she’s forced to confront a painful secret from her past, she must decide whether it’s worth risking everything for a second chance at happiness.

*all descriptions via Goodreads

Don’t forget to checkout the other posts in this collab for even more great book recommendations!
A Wanderers Adventures
Blankets and Tea