Since I did my last book post, I was able to read quite a few good books. I wanted to round them up again and do a post before I go back to school. During the school-year I barely read because I am so busy with other things, so I definitely took advantage of being able to read out in the sunshine before the colder and busier months come. 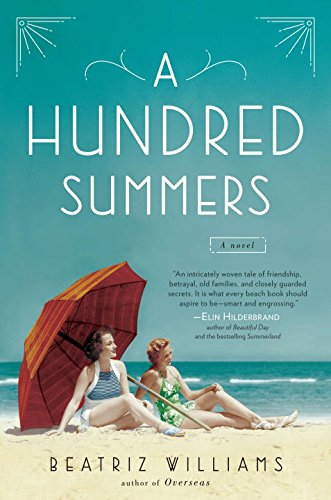 A Hundred Summers- I saw a blogger recommend this book so I decided to pick it up. I ended up really liking it, and I am now in line to read a few others by Beatriz Williams! Fangirl- I had heard so much about this book, so when I finally had the chance to read it I was happy! I felt like I could relate to the main character, mainly because she wrote fanfiction and most people didn’t understand what she actually did. Sometimes I feel like way about blogging how most people who are not bloggers just don’t get it, so it was interesting to see those similarities. Overall another good book, but a tad unrealistic at times. Let’s Get Lost- I saw this book when I was browsing through Barnes and Noble one day, and I decided to get it from the library and see if it was good. I ended up really liking it, and it was a fairly easy read. It has 4 smaller stories that all correlate, which made it easier to stay engaged. I also found it interesting because the main character set out on the road with one goal, and she ended up meeting four people along the way who would change her. What I Thought Was True- I got this book because I had read another book by Huntley Fitzpatrick and I really liked that one and read it in a day. This one I didn’t feel was quite as good, and it took me like 2 weeks to read it… which was mainly due to me being busy but still. I didn’t feel like it really picked up until I was about 70% of the way through it, so that made it a little difficult when I was still near the beginning. Overall by the end I did really like it though!

What good books have you read recently? Share in the comments!
xo, Scarlett