Time for another Recently Reading post to catch up to where I am now! If you missed the one I posted last week, click here!

My Antonia by Willa Cather

“My Antonia” is a beautiful novel celebrating the gift of everlasting friendship. The main character, Jim Burden, shares his childhood upbringing with his grandparents in Nebraska, at the beginning of the 20th Century. There he meets, the Shimerdas, a Bohemian immigrant family. Jim became best friends with their daughter, Antonia.

Jim’s account is special because we witness his genuine and compassionate approach to the European immigrants and his attachment to the land. Through the description of his surroundings, we witness how Jim identifies wholeheartedly to the country lifestyle.”

I have loved almost all the books I have read by Liane Moriarty, and this one was no exception. I love her writing style, and how everything pieces together in the end, even things that you didn’t know would fit together!

“Ellen O’Farrell is a professional hypnotherapist who works out of the eccentric beachfront home she inherited from her grandparents. It’s a nice life, except for her tumultuous relationship history. She’s stoic about it, but at this point, Ellen wouldn’t mind a lasting one. When she meets Patrick, she’s optimistic. He’s attractive, single, employed, and best of all, he seems to like her back. Then comes that dreaded moment: He thinks they should have a talk.

Braced for the worst, Ellen is pleasantly surprised. It turns out that Patrick’s ex-girlfriend is stalking him. Ellen thinks, Actually, that’s kind of interesting. She’s dating someone worth stalking. She’s intrigued by the woman’s motives. In fact, she’d even love to meet her. Ellen doesn’t know it, but she already has.”

This Lullaby by Sarah Dessen

Another day, another Sarah Dessen book down. This one I also really liked and read fairly quickly. It would be a great beach read!

“She’s got it all figured out.
Or does she? When it comes to relationships, Remy’s got a whole set of rules.
Never get too serious. Never let him break your heart. And never, ever date a musician.
But then Remy meets Dexter, and the rules don’t seem to apply anymore.

Could it be that she’s starting to understand what all those love songs are about?”

As I Lay Dying by William Faulkner 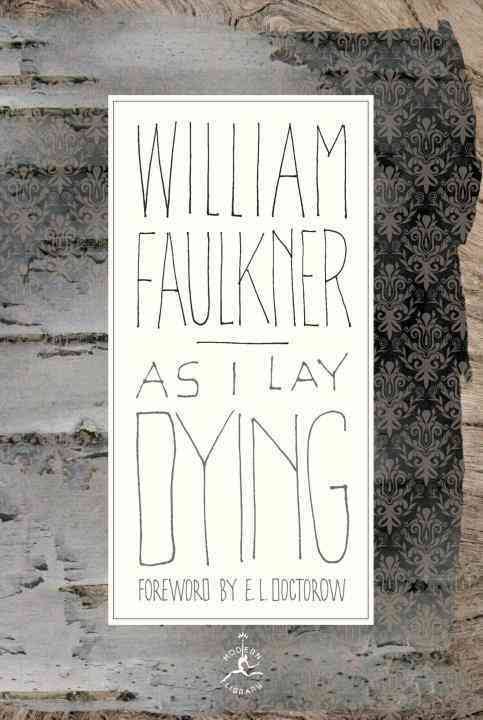 Again, I had to read this one for my literature class. I honestly was so confused in the beginning and hated the first half or so. And honestly I hated the ending too. But I can see why our professor had us read it, and if you are into reading classics I do recommend it.

“As I Lay Dying is Faulkner’s harrowing account of the Bundren family’s odyssey across the Mississippi countryside to bury Addie, their wife and mother. Narrated in turn  by each of the family members—including Addie herself—as well as others the novel ranges in mood, from dark comedy to the deepest pathos. Considered one of the most influential novels in American fiction in structure, style, and drama, As I Lay Dying is a true 20th-century classic. “

The Woman in Cabin 10 by Ruth Ware 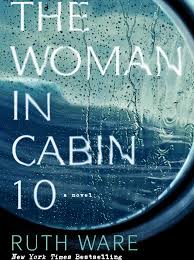 I had to wait so long before I could get my hands on this book, but once I did I am happy to say it lived up to the hype. If you love a good mystery, I recommend picking this up! I read it all in one night while I was at work at the desk, and I am so glad I had 4 uninterrupted hours to finish it!

“In this tightly wound, enthralling story reminiscent of Agatha Christie’s works, Lo Blacklock, a journalist who writes for a travel magazine, has just been given the assignment of a lifetime: a week on a luxury cruise with only a handful of cabins. The sky is clear, the waters calm, and the veneered, select guests jovial as the exclusive cruise ship, the Aurora, begins her voyage in the picturesque North Sea. At first, Lo’s stay is nothing but pleasant: the cabins are plush, the dinner parties are sparkling, and the guests are elegant. But as the week wears on, frigid winds whip the deck, gray skies fall, and Lo witnesses what she can only describe as a dark and terrifying nightmare: a woman being thrown overboard. The problem? All passengers remain accounted for—and so, the ship sails on as if nothing has happened, despite Lo’s desperate attempts to convey that something (or someone) has gone terribly, terribly wrong…

With surprising twists, spine-tingling turns, and a setting that proves as uncomfortably claustrophobic as it is eerily beautiful, Ruth Ware offers up another taut and intense read in The Woman in Cabin 10—one that will leave even the most sure-footed reader restlessly uneasy long after the last page is turned.”

The Last Anniversary by Liane Moriarty 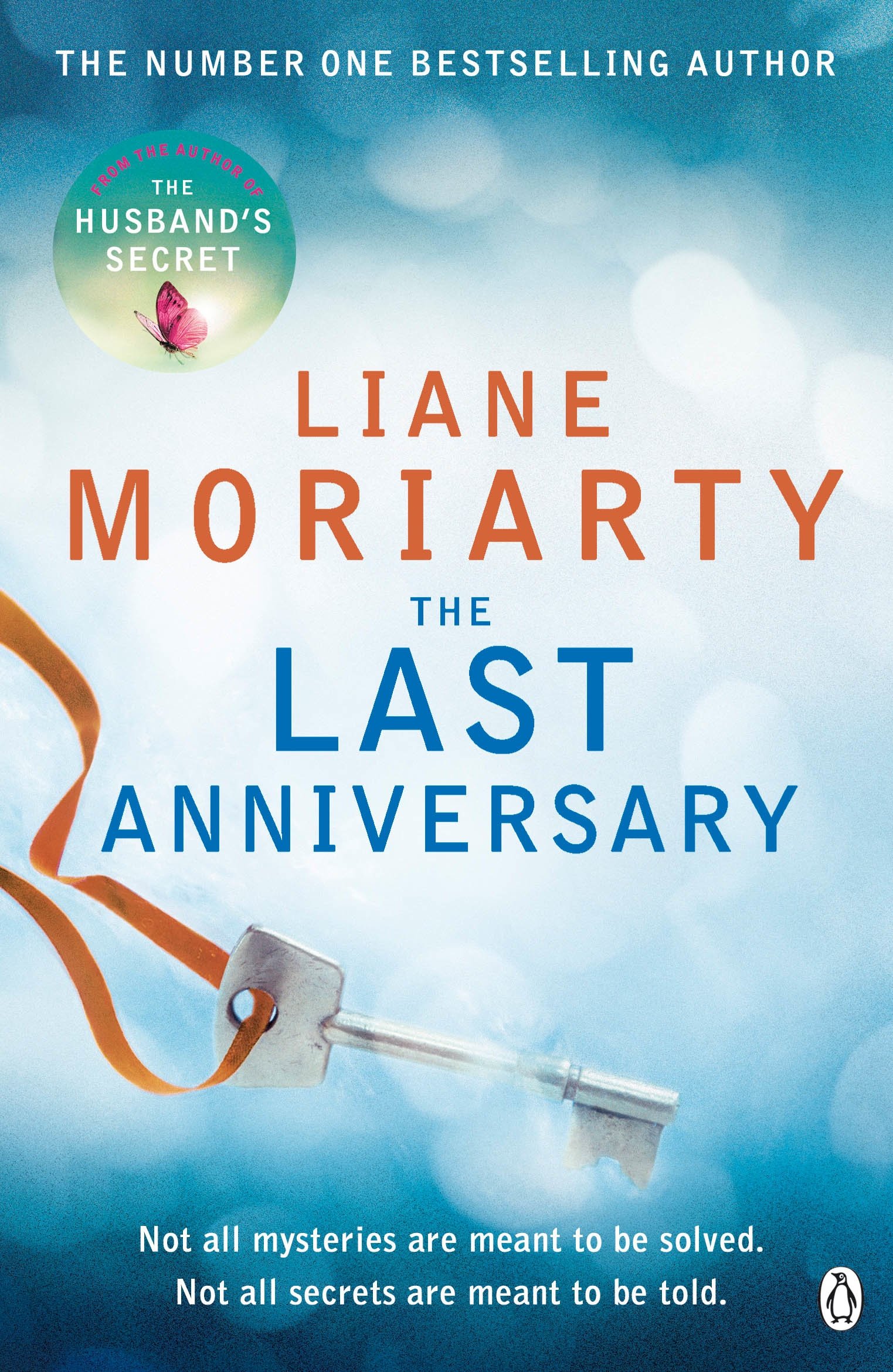 As you can see, I am loving Liane Moriarty’s books! This one took me a while to read because I was busy, but I kept coming back to it because it was good!

“Sophie Honeywell always wondered if Thomas Gordon was the one who got away. He was the perfect boyfriend, but on the day he was going to propose, she broke his heart. A year later he married his travel agent, while Sophie has been mortifyingly single ever since. Now Thomas is back in her life because Sophie has unexpectedly inherited his aunt Connie’s house on Scribbly Gum Island—home of the famously unsolved Munro Baby mystery.

Sophie moves onto the island and begins a new life as part of an unconventional family, where it seems everyone has a secret. Grace, a beautiful young mother, is feverishly planning a shocking escape from her perfect life. Margie, a frumpy housewife, has made a pact with a stranger, while dreamy Aunt Rose wonders if maybe it’s about time she started making her own decisions.

As Sophie’s life becomes increasingly complicated, she discovers that sometimes you have to stop waiting around—and come up with your own fairy-tale ending.”

This was the final book I had to read for the literature class, and it was probably my favorite out of the four! I hadn’t even heard of this before, but it was very interesting and not too difficult to read. I also like that you got multiple characters perspectives, but it wasn’t too confusing.

“Nine-year-old Oskar Schell is an inventor, amateur entomologist, Francophile, letter writer, pacifist, natural historian, percussionist, romantic, Great Explorer, jeweller, detective, vegan, and collector of butterflies. When his father is killed in the September 11th attacks on the World Trade Centre, Oskar sets out to solve the mystery of a key he discovers in his father’s closet. It is a search which leads him into the lives of strangers, through the five boroughs of New York, into history, to the bombings of Dresden and Hiroshima, and on an inward journey which brings him ever closer to some kind of peace.”

The Perfect Neighbors by Sarah Pekkanen 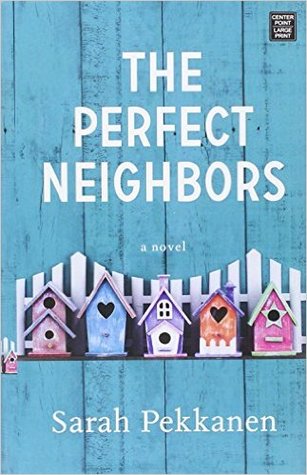 Another mystery that was hard for me to put down! I love Sarah Pekkanen’s writing style, and have yet to find a book that she has written that I do not like. I definitely recommend her books if you do like a good mystery!

“Perfect Neighborstakes us into the homes of an idyllic suburban neighborhood where we discover the burning secrets hiding just below the surface.

Bucolic Newport Cove, where spontaneous block parties occur on balmy nights and all of the streets are named for flowers, is proud of its distinction of being named one the top twenty safest neighborhoods in the US.

It’s also one of the most secret-filled.

Kellie Scott has just returned to work after a decade of being a stay-at-home mom. She’s adjusting to high heels, scrambling to cook dinner for her family after a day at the office—and soaking in the dangerous attention of a very handsome, very married male colleague. Kellie’s neighbor Susan Barrett begins every day with fresh resolutions: she won’t eat any carbs. She’ll go to bed at a reasonable hour. And she’ll stop stalking her ex-husband and his new girlfriend. Gigi Kennedy seems to have it all together—except her teenage daughter has turned into a hostile stranger and her husband is running for Congress, which means her old skeletons are in danger of being brought into the light.

Then a new family moves to this quiet, tree-lined cul-de-sac. Tessa Campbell seems friendly enough to the other mothers, if a bit reserved. Then the neighbors notice that no one is ever invited to Tessa’s house. And soon, it becomes clear Tessa is hiding the biggest secret of all.”

Did you make it to the end? I am actually very happy with how many books I read this past semester, as I usually don’t have time to read during the semester. I decided this semester I was going to make more time to read, and I am so glad I did!

What books have you been loving recently? Leave your recommendations in the comments below!