At the end of last week I had my college orientation! I really wasn’t nervous or that excited about it since I wasn’t really sure what it would entail. But it ended up being a good 2 days! Before I went I turned to reading a few blogs about the topic like I always do about new things like that, but I couldn’t find very many posts about it! That is the main reason I decided to write this post, so those who have orientations in the future can feel a little more prepared. 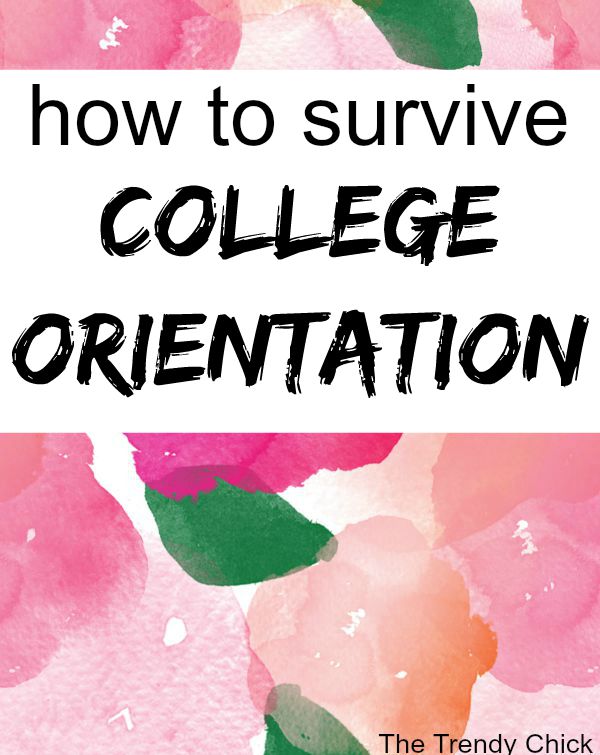 –don’t wear a dress–
There were a few girls I saw in skirts and dresses, and I can guarantee they regretted wearing that at some point throughout the first day. Most likely you will play a few “ice breaker” games and things of that sort that might involve moving around in ways that would be hard with a dress. One of the things we had to do within a small group of 15 people was pass a hula hoop over everyone as we were all in a chain. This would have been extremely difficult in a dress!

–don’t wear sweats–
Along the same lines, don’t just wear joggers and a t-shirt. Most girls seemed to be wearing a nice top and jean shorts or jeans. If you are unsure of what to wear it is better to go in the middle like that instead of being extremely casual or dressy.

–talk to anyone–
I know absolutely no one going to the same college as me, but by the end of the 30ish hours I spent there I had gotten to know my future roommate and one other girl pretty well, as well as quite a few other people. If you are waiting in line of forced into a group with someone, just start up a conversation. Most people don’t know too many people either and are open to new friends. Sure, there were some people I talked to that I just didn’t click with so I didn’t try to force anything, but you will find that conversation just comes naturally with some people and you actually will have stuff in common with people.

–bring water–
I am a person who likes to have water with me almost all the time, so having a bottle of water in my bag was great since they seemed to be lacking that on campus.

–be ready to share your name, hometown, and major with everyone–
That is the first thing most people ask, and it will get old by the 10th time.

–if you do know people, try breaking apart from them–
The school I am going to has a lot of people going from nearby as well. This means many people know a few people from their high school and they just stuck with them when they could. It is okay to be together sometimes, but some people didn’t even meet anyone at meals or at other times because they just stuck with familiar people.

–take advantage of any coupons–
My school gave everyone a coupon for the store if you bought clothes or something. I went ahead and bought a shirt since I mostly likely would buy one in the future anyways and if I bought it now I would save money.

What tips do you have for college orientation? Share in the comments!
xo, Scarlett