Now that I have finished all 4 years of high school, I thought it was time to do a post sharing what I have learned during senior year (and really all 4 years)! 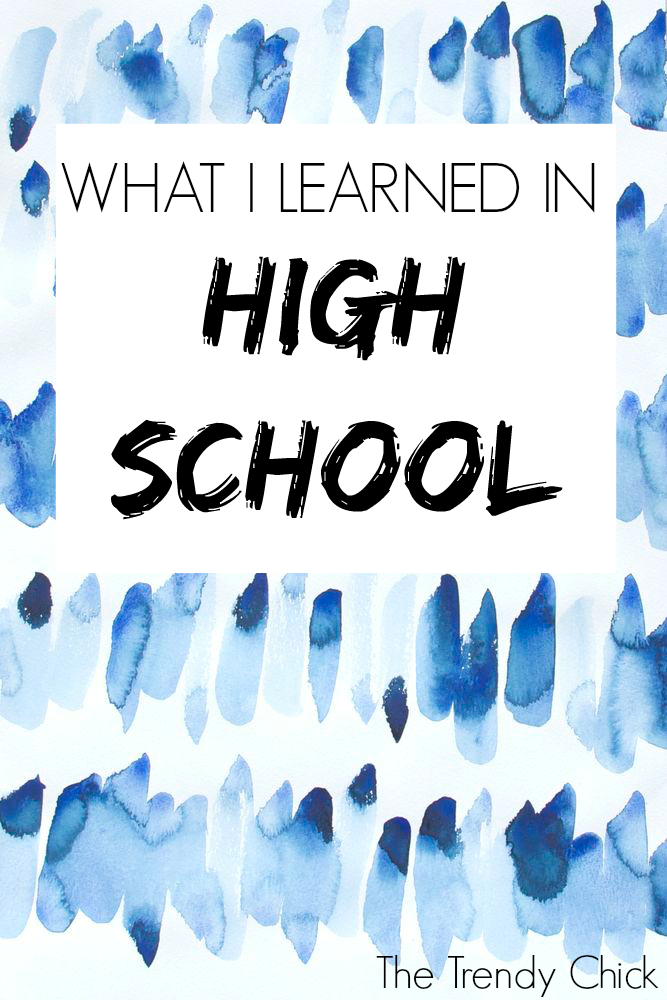 I promise it really is not that hard. It can be difficult to always be productive, but try your best to get stuff done every night. Personally, the last week of school I knew I would have three projects due. I finished two of them before the weekend even came, and then did the easiest one over the weekend. It turns out half of my class spent most of their weekend working on those things, and some people came in to school after sleeping for only a few hours.

And I can’t even tell you how many times people have skipped out on a fun Sunday night event or hangout because they had to stay home and do school work. But if you do it when you have free time throughout the week, it isn’t actually that hard. Work hard so then you can play hard later.

2. To do lists are your best friend

I write down every single thing I have to do or else it will not get done. And nothing is better than crossing off every single item on your list!

3. Do the extra credit

If you get assigned extra credit, don’t just push it aside since it is optional! I have never regretted doing extra credit because sometimes it can give you the bump you need. Also, a teacher in my school gives you extra credit if you turn in a paper or say a speech early. So I would always do mine early, and one time I even got extra extra credit because of how early I did it! Just keep in mind that they still expect you to put time and effort into it and you can’t just speed through it just to turn it in early.

4. Dress cute even when you don’t feel like it-

Let’s be honest, you feel a little more confident if you are wearing an outfit that you know is cute. And if you are having a bad day, someone might just make your day by complimenting your cute outfit.

Go to the sporting event or the concert that your friends want you to go to. Or go out to dinner even when you could be staying home and relaxing/ working on schoolwork. Again, take this in moderation because you have to find a good balance. It really isn’t that hard to find time to fit everything in during high school though.

6. Don’t sleep your weekends away-

As much as you want to sleep in, try to get up by 9 or 10 at the very latest.  It is amazing how much you can get done when you don’t spend half your weekend sleeping!

7. Don’t be a perfectionist-

Sometimes you have to let some things go in order to get everything done and still have fun. I honestly wasn’t even stressed this semester because I did stuff ahead of time and I learned how I study and learn best.  For example, for my physics class we were supposed to read the book almost every night. The book had over 1,000 pages and weighed about 10 pounds. Do you think I actually took it home and spent half an hour every night reading it? No. Did I still get an A+ in it second semester? Yes. On the other hand, for english we also had to read books (obviously) but I actually read those because I found them more interesting and we had quizzes to test if we read them. If I had chosen not to read them I can pretty much guarantee I would not have had an A in that class. It’s okay to just skim sometimes, or just study until you know most of the material instead of all of it.

What did you learn in high school? Share in the comments!