*After a publishing accident, this was posted a few days ago for a few hours so some of you might have seen it then!*
As most of you have probably noticed, my posts have been regular for almost two months now. I am pretty sure I have posted almost every other day, occasionally two days in a row of every third day. Posting consistent content is a goal I like to keep since I personally don’t think it looks good when a blog posts three days in a row and then doesn’t post for a week or two. Checkout my recent posts to catch up with everything! 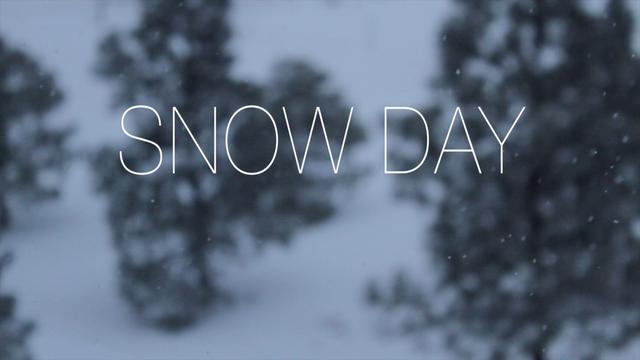 So far in 2014 I have had 6 snow or cold days off of school! There is a good chance we will have more coming up too, since it has been snowing here almost every single day. Let’s just say I have gotten caught up on a lot of projects and I am an expert driver in snow 😉

The first week in February was a great week in some ways, but also a really bad week. Now, that probably doesn’t make sense but let me explain. Monday and Tuesday were the usual, as far as I can remember. Then Wednesday we had another snow day, and this time we really actually needed one because the roads were terrible! I got to stay home and cuddle with my cats almost the whole day. The next day, we had to put one of my cats, Zoe* (pronouced Zoey…everyone always either spells it wrong or says it wrong!) to sleep. She was almost 16, so she had been around since I was 1 or 2! It is kinda weird since I couldn’t imagine life without her, and even with 3 cats still here, it just feels different. But we knew it had been coming for a while, so it wasn’t a big surprise, but I don’t think that makes it much easier.
*Fun fact: According to my mom she was named Zoe by me after a Sesame Street character with that name? I barely remember even watching that show, but hey, I guess I liked it at one point!

The reason that week was great is some ways? Well, NYFW started so that was super fun to see all the pictures from that! Also, the winter Olympics began! I have been watching that while doing homework or blogging, which is fun! Also, I aced 2 tests… and took a 3 tests more that I don’t have the scores for yet. But finding out you got 100 on a Chemistry test and a high A on a math test kind of makes your life, if you know what I mean 😉 Also, that same day, which was the day after Zoe was put to sleep, I found out I won a giveaway! It was definitely a nice pick me up, especially since it was a $15 gift card to Starbucks!

Speaking of giveaways, if you follow me on Twitter or Instagram, you probably noticed that I have entered a lot of giveaways recently. I guess with all these days off I have extra time, and there is also a lot of great stuff being given away! And I have actually won stuff in the past besides this giftcard, so I know it isn’t pointless. Remember when I won a monogrammed pullover? I am wearing it right now while writing this actually! If you don’t enter, you won’t win, so you might as well try! I generally just enter while watching TV or Youtube or something else, so it really doesn’t take much time. I also am currently hosting a giveaway, so go enter now!

I also have been reading a lot since again, I have had plenty of time! Fun Fact: I haven’t had any 5 days weeks yet this year, but this week might be the first! Anyways, I was reading a lot of non-fiction books before the ACT because that is something that can really improve your score. But I took my ACT last Saturday, so now I am reading The Fault In Our Stars finally! I am only about 10% of the way in, but I am hooked already. Can’t wait for the movie too! Don’t forget to checkout my Goodreads account to see what I am reading and what I want to read!

Lastly, I have been trying to journal a lot this year. Instead of doing the ever-so-popular Memory Jar idea, I decided to try to journal anytime I have something exciting happen. I also journal other things, but I don’t write stuff like “Harry likes Bridget. Karen hates Mallory.” No, we aren’t 10 anymore lol! I just realized that a journal is more practical and it is easier to keep all the memories in there long-term instead of tiny pieces of paper in a jar! Plus, I have tons of empty notebooks and journals, so I might as well use some of them up!

So that is basically how my February has went. Great except for a few really bad things! What’s been going on in your life recently? Any book recommendations? Tell me in the comments!