Right now their are great sales going on at almost every store, especially Bath and Body Works, Abercrombie, Hollister, Charlotte Russe, and American Eagle. Also at Victoria’s Secret they are having hoodies and sweats for only $29.50! I’ll just quickly show you guys one of my faves:
It’s such a unique purple color that you definitely cannot get at Hollister or most stores. Plus, PINK  hoodies are SO comfortable! 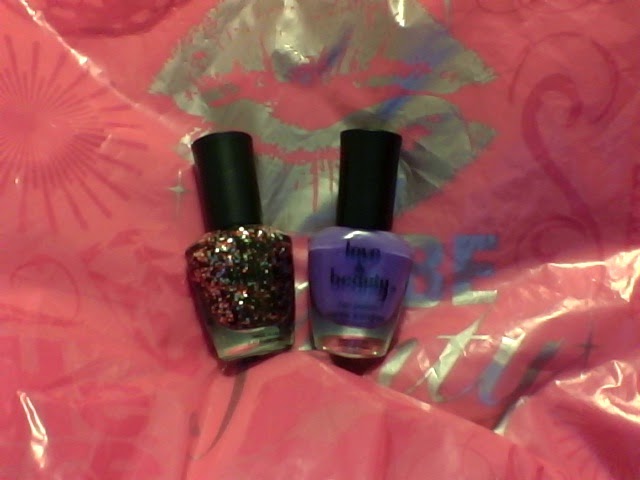 Now, since it is after Christmas, most stores are having some sort of a sale. Forever 21 was having a buy one get one today, and I was in one of the stores and it was all picked over. Even the normal merchandise was picked over and I only found a simple white V neck for $4.80. And I found two nail polishes (pictures above ^)The one has red, silver, and black sparkles, which will be perfect for New Year’s Eve! And the other one is actually more pastel than it showed up, which makes it a perfect spring color.  I also bought two shirts at Charlotte Russe. They were both originally $15, but then they were marked down to $10. When I found them, they were B1G1 Free! So I got two super cute shirts for a little over $11! So go check  out your local stores and see what steals you can find!